A 1-year-old boy identified as Rory Norman, has been killed in the 2900 block of Valentine Street in South Dallas. It’s understood the suspect fired multiple rounds into his home early Sunday morning just after 3:30 a.m. Jan. 5 . When the police responded to the shooting, they met with a man that stated an unknown suspect fired several rounds into the home, striking him and the child.

Rory was transported to Children’s Medical Center where he was later pronounced dead. The man was also injured but he didn’t suffer any life-threatening injuries. 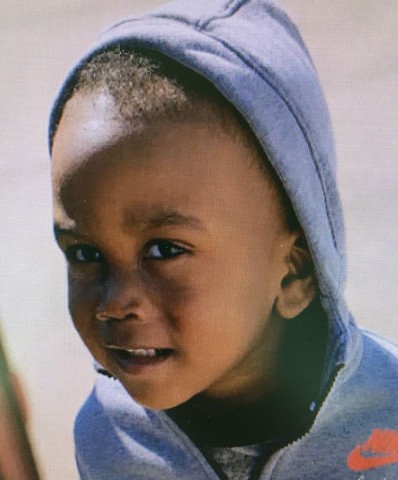 According to reports, the suspect fled the scene and has still not been caught.

Neighbours who knew the child said he loved to be outside and would watch them work on cars mesmerized.

“In a couple of weeks, he would have been 2 years old. He was a very happy baby,” neighbor Terry Lockridge said. “​Big, big boy. He was going to be a big boy. ​Already coming to the yard to play. ​Every evening he’d be out in the yard.” ​

Claudie Edwards and her two young daughters loved to see his smiling face. ​

“I didn’t find out what happened ​until this morning and it just broke my heart,” Edwards said.

Dallas Police Chief Renee Hall, said in a news conference Sunday morning, that the department is not only broken-hearted, but angry.

“This 1-year-old baby was killed due to senseless gun violence in this city that we are determined and aggressive about radicating in 2020,” Hall said. “Additionally, as a result of this shooting, his 20-year-old uncle — who was home from a local university — was shot multiple times.”

The police chief further added that although the don’t have much information on the suspect, they know the shooting was intentional.

“What we know about this shooting currently is that it was intentional, it was deliberate and this location was targeted. The gunman entered this residence on the side in the area where the bedrooms were. It was outside the location, but he shot through the bedroom,” Hall said.

“What we know is that the gunman had to be familiar with the layout of the home. He shot only into the bedrooms, he angled the weapon in the downward position. And because it was 3:30 in the morning, he knew the residents of the home would be asleep, and so he knew where to fire.”

DPD is seeking the public’s help identifying and locating not only this suspect, but the one who grazed an 8-year-old boy across town.

“We know that someone somewhere knows something and we need your information, not only in this shooting but in addition to this horrific act. Across town, an 8 year old in the area of Royal and Audelia was grazed by a bullet as a result of random gunfire in the air,” Hall said. “This senseless violence will stop. We’re determined that it will. But we can’t do this alone, we need your help.”