50 Cent Calls Out Kanye West For His Outfit, Says “I’m Definitely Not Wearing That Sh*t” 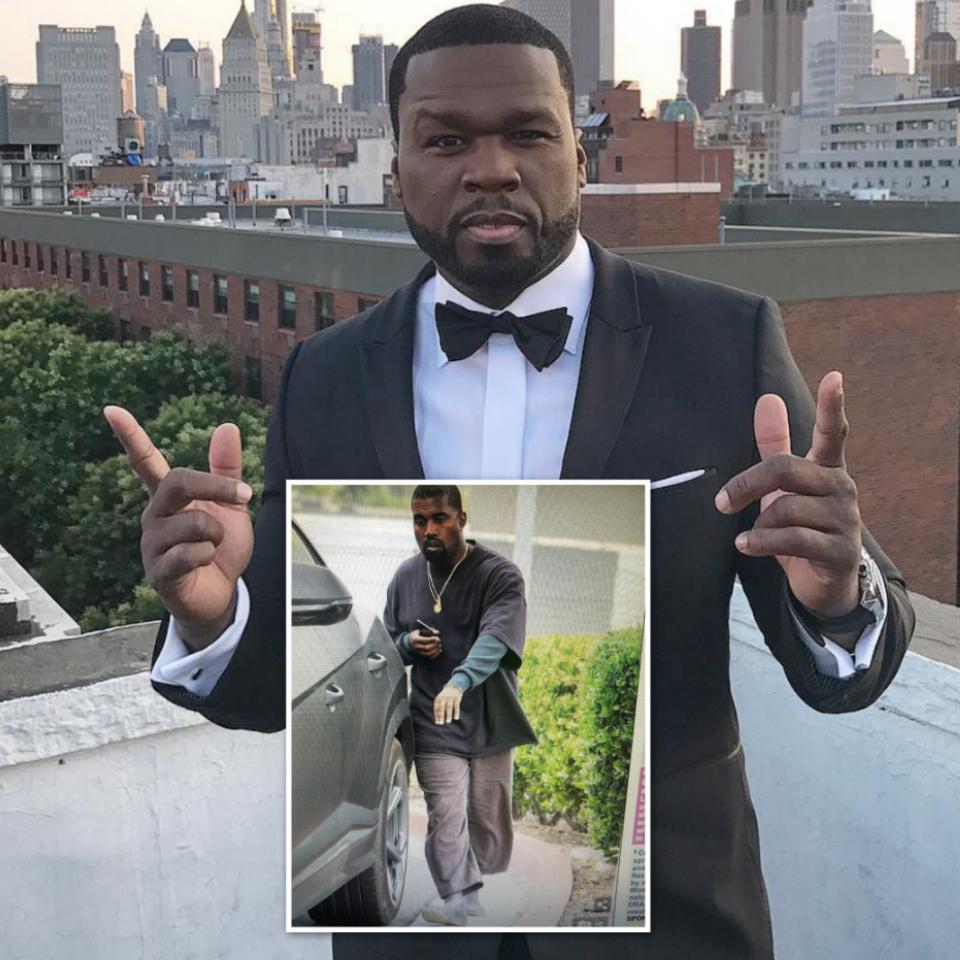 50 Cent Calls Out Kanye West For His Outfit: “I’m Not A Style Icon But…”

The New York rapper who is known to troll without any compassion, has come for Kanye West. The G-Unit rapper whose real name is Curtis James Jackson III, shared a photo of the “Mixed Personalities” rapper on his Instagram page while calling him out for his outfit. He cheekily captioned, “Welp now I know I’m not a style icon, I’m definitely not wearing that sh*t. LOL GET THE F*** OUTTA HERE MAN. #lecheminduroi #bransoncognac #FOFTY”.

In the photo, Kanye West is seen rocking a big foot pants that reach at above his ankle. He combined this with shoes that appeared ‘fit’ like a sock.

Despite the G.O.O.D. Music rapper crusing around in a Lamborghini Urus SUV, 50 Cent took to the comments section suggesting that Kanye looks like a beggar in the streets.

“No this is not a rich ni**a Vibe, I’m out ok I’m gone,” Fifty wrote while adding, “What in the ‘spare some change’ type shit is this.”

Nick Cannon even reacted stating that Kanye was messing around with our minds. He wrote, “You don’t get it OG!! He f***ing with us”.

However, one fan supported Kanye West and his choice of outfit. He reminded 50 that Kanye West net worth is well above his. He wrote:

“Kanye has a net worth of more than 220m than you. You really talking about what he’s wearing?”

READ ALSO:   Hip Hop News Latest: Offset Brags About Being "S**y Chocolate" + Needs To Know If He Should Buy These Must-Have Kicks