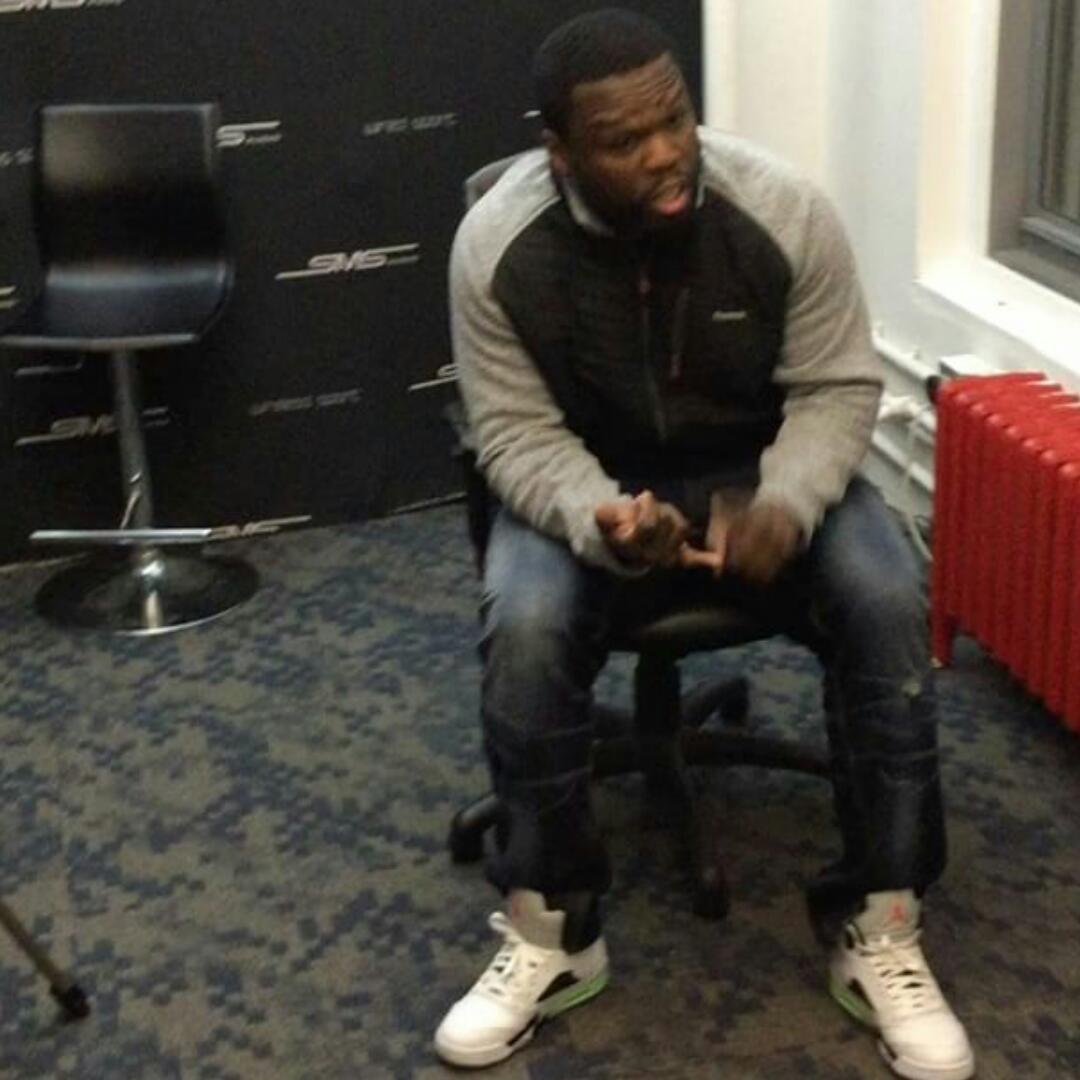 Chris Brown And Soulja Boy Feud : 50 Cent , 41, has taken to Instagram to mock Soulja Boy for apologizing to Chris ahead of their big boxing match even though both men decided to end the drama.

The ‘Candy Shop’ rapper seemed really disappointed as he looked forward to Soulja Boy, 26, and Chris Brown, 27, squaring up to fight after beef started on Jan. 3. 50 Cent even took to his Instagram to try to set up a $100,000 bet with Floyd Mayweather, 39. For this reason and many more, 50 Cent has been pissed with Soulja Boy. He couldn’t really understand why Soulja apologized to Chris for starting all the drama and claiming that he was just lashing out because his mum is in the hospital and he was upset about it. This prompted 50 Cent to explode. He said:

Tell Soulja I said stop apologizing, get the Draco out build up the hype for the fight. #putthemoneyonthewood I'm covering the bet for every set. LMAO

“Tell Soulja I said stop apologizing, get the Draco out build up the hype for the fight. #putthemoneyonthewood I’m covering the bet for every set. LMAO”.

Meanwhile, 50 Cent also posted a video of two kids fighting showing one of the little boys hitting the second who begins to cry. The first feels bad and goes over to apologize but the second clocks him in the face, laughs and runs away.

READ ALSO:   Hip Hop Entertainment News: Finally, Teairra Mari Waves Flag In 50 Cent War, Vows To Pay Him: "I'll Give U This - A Hug From Behind + A Check"

“This is me trying to breaking up the Soulja vs. CB fight. LMAO that’s what happen when you try to say sorry. 😆”.