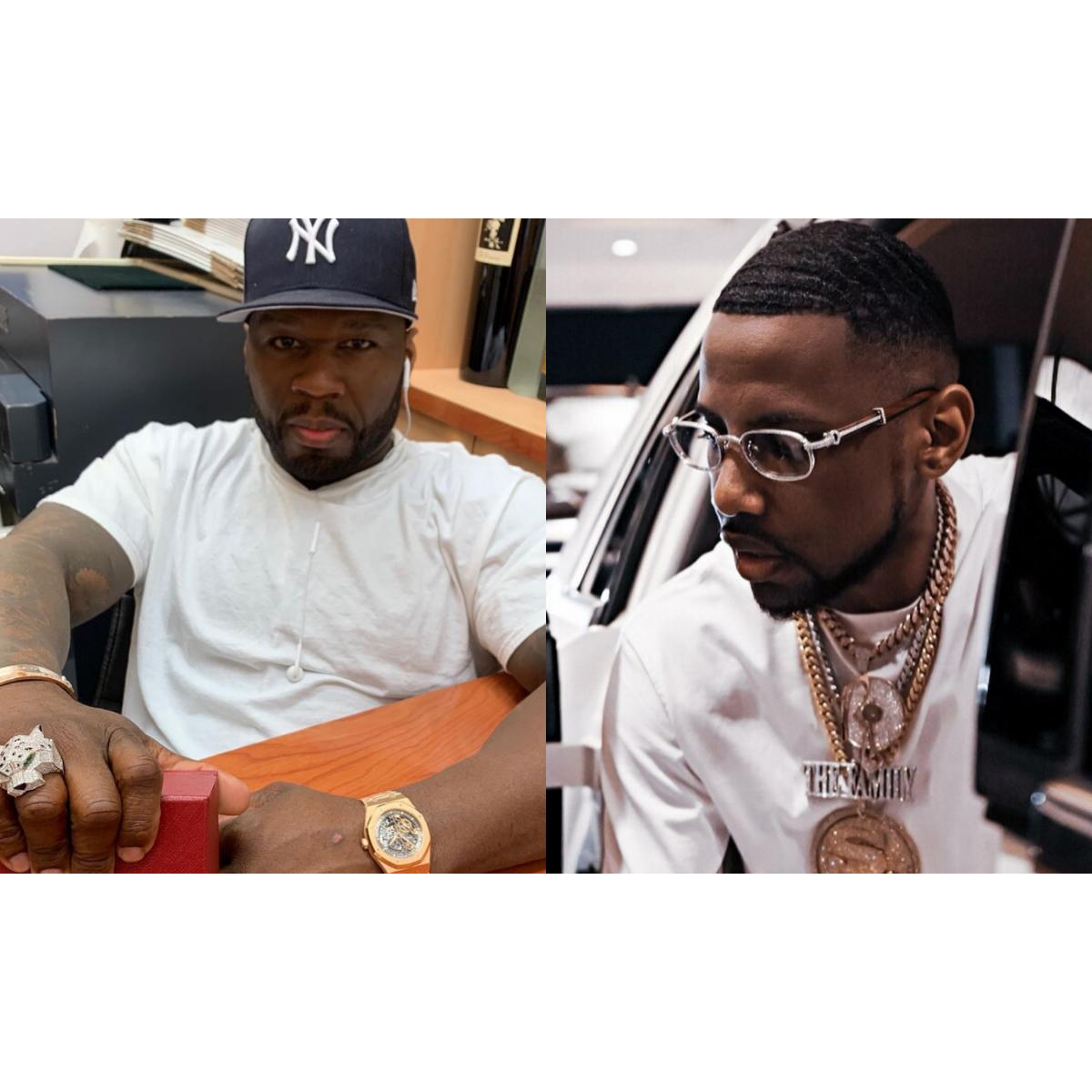 A big weekend awaits 50 Cent and he’s getting ready for a big party. However, with all the cucumber challenge going on, the rapper whose real name is Curtis James Jackson III, says he fears that Fabolous will steal all his women at his pool party. Meanwhile, 50 has already let Bow Wow know that he isn’t invited because he tried to pocket a bunch of ones that Fif gave him to throw in the strip club.

To put a leash on Fabolous so he doesn’t get all the girls, 50 plans on telling Emily B so she keeps her man inside this weekend.

“Fendi put a post on his actual page. He talkin’ about the cucumber challenge and all that other shit to the Tycoon thing, the pool party shit,” he said. “Now, I know Fab gonna come,” he added before explaining that Fabolous will likely get dressed up all fly and stunt on everyone.

“You know what, Emily, if you watchin’, right, don’t let that n***a go out,” he said. “Because, first off all, there’s gonna be too many bitches in his face. And he love you, right? He love you, I know he love you. It’s supposed to be family weekend anyway. It’s not Tycoon weekend for Fab. Fab, you supposed to stay in the house, n***a.”

Latest News In USA: Maryland Mother Boils Her OWN SON, 4, Alive In Bath Then Calls Cab To Dispose Of The Body

Latest News In USA: Man Stabs Wife To Death In Jackson Heights Salon Where She Worked And Slits His Own Wrists