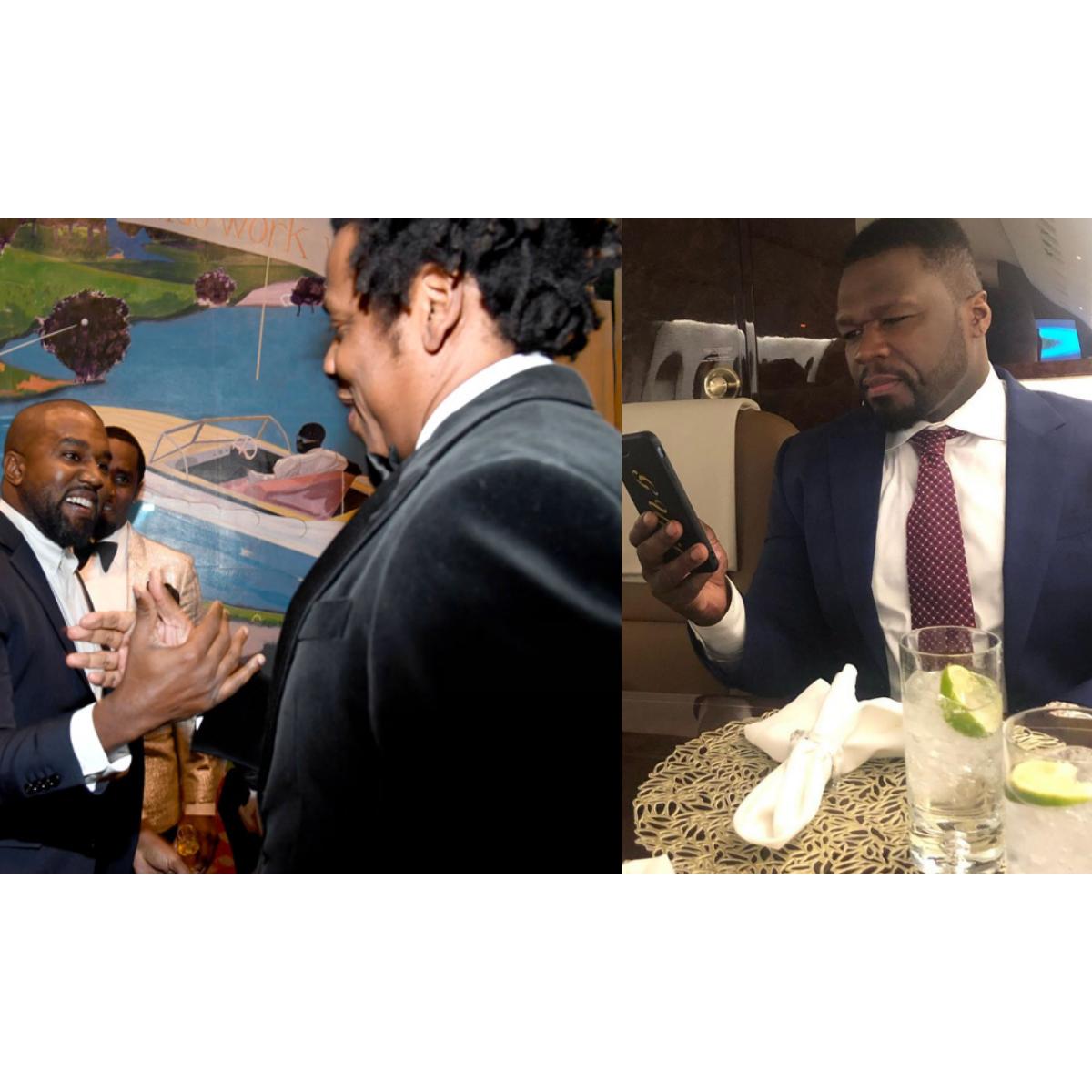 Diddy’s extravagant 50th birthday bash has been topic across the internet for various reasons. Apart from Beyonce’s husband snatching the phone off the hands of a party-goer because he appeared to be filming the singer dancing, Jay-Z and Kanye West reconciled. Their reunion has been well documented. However, this didnt stop celebrity troll 50 Cent from poking fun at the hip hop giants.

On Monday (December 16), 50 shared a photo of Jay-Z, Kanye, Pharrell and Diddy from the party. From the picture, Beyonce’s husband appeared irritated which 50 Cent noticed and pointed out.

READ ALSO:   Does This Throwback Photo On Set Of WANKSTA Mean 50 Cent Wants To Reconcile With His Son Marquise?

“THIS IS EXACTLY WHY I ASK, WHO ALL GONNA BE OVER THERE??” the post reads. In the caption, 50 wrote, “man this is funny shit.”

Even though the “In da Club” rapper was poking fun at the Jay-Z and Kanye West reunion, they both appear to have genuinely reconciled. Video clips of the Watch The Throne collaborators show them talking in close proximity, laughing and shaking hands.

Trouble started between both rappers in 2016 after Kanye mentioned Beyonce and Blue Ivy during his now infamous onstage rant. In a 2017 interview with The Rap Radar podcast, he explained that’s where Ye “crossed the line.”

READ ALSO:   Latest Hip Hop News And Rumors: 50 Cent Confirms Cuban Link Is His New Girlfriend, "Yes The F**k It Is Me"

“Think about how I got to that point,” Hov explained. “It’s not even about Kanye. It really isn’t. His name is there, but it’s just the truth of what happened, but I’m sayin’ the whole point is you got hurt because this guy was talking about you on a stage, but what really hurt me is you can’t bring my kids and my wife into it.”

Click Amebo Book for all the latest hip hop news and rumors.