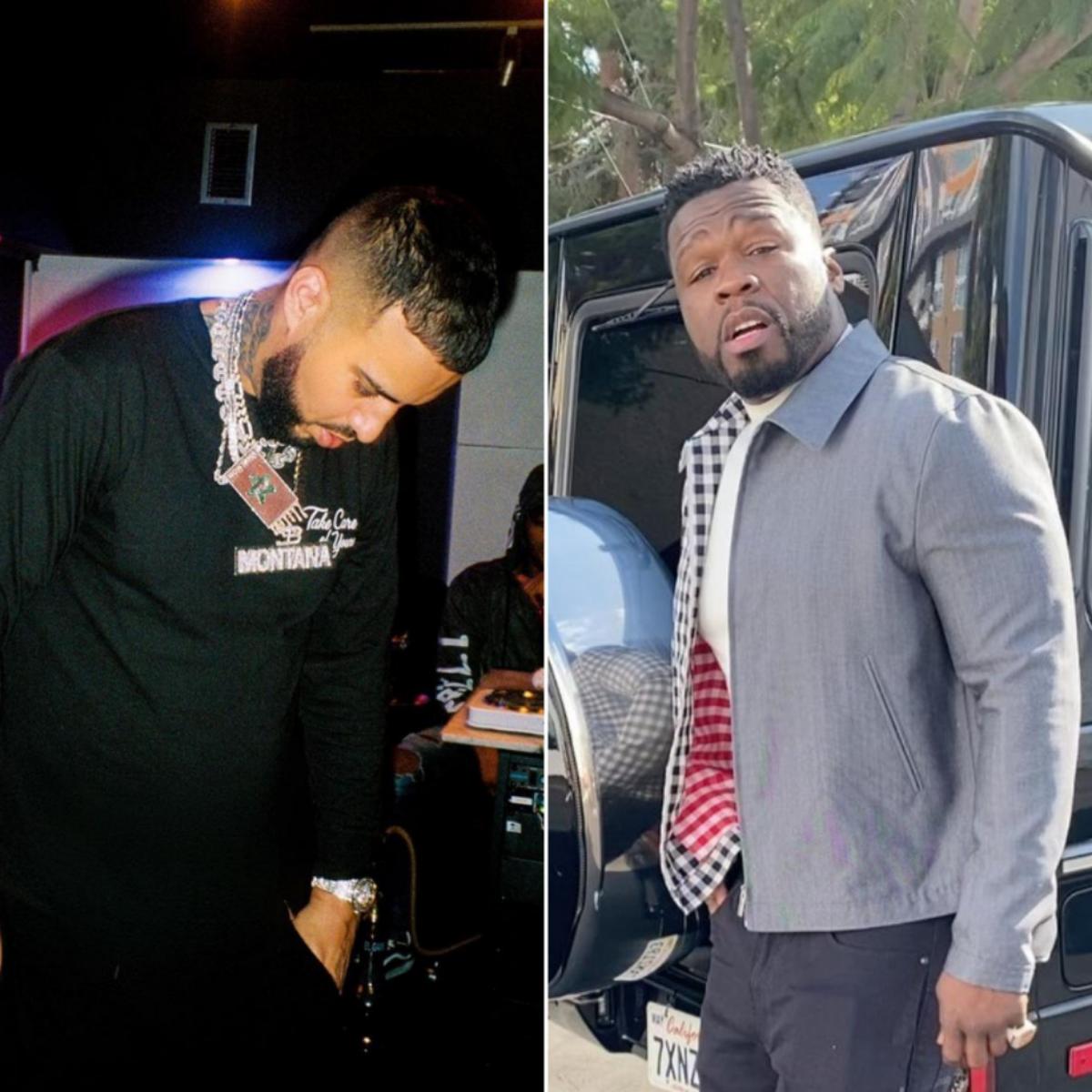 If news coming straight out of various online reports are to be taken seriously, then Curtis James Jackson III, popularly known as 50 Cent, allegedly punched French Montana at club ELEVEN in Miami ahead of the highly-anticipated Super Bowl LIV on February 2. However, the “Unforgettable” rapper has denied the incident claiming in an Instagram post, “MAN I WISH I WOULD HAVE SEEN YOUR STUPID ASS LAST NIGHT, WENT TO YOUR CLUB WHERE YOU WAS HOSTING, YOU LEFT BEFORE I GOT THERE TELL PEOPLE THE TRUTH DINOSAUR!!”

Not done, Montana also claimed that 50 who was reportedly hosting at the club, walked out when he arrived. The “In da Club” hitmaker then called the police on French Montana while he remained in the car.

If you recall, 50 Cent recently wrote this cryptic warning on Instagram, “Here we go wit the bulls**t, I’m not gonna argue with you, but when you randomly get knocked out, when you wake up I’m willing to speak with a soft tone. LOL.”

50 also penned, ““I feel like I have to achieve what I want in life now after this. I have to focus, I’m not arguing with anyone anymore I’ll deal with it another way if there’s a problem.”

The caption followed after the untimely death of Kobe Bryant.

Meanwhile, the footage below is supposed to show 50 Cent punch French Montana but neither rappers can be seen in the video. Rather, a crowd of burly security guards are seen trying to deescalate the situation.

Trouble started between 50 Cent and French Montana on Instagram before New Year when Fifty scoffed at Montana after the latter showed off a Bugatti that he purchased to celebrate his release from hospital. 50 claimed the vehicle wasn’t new and as such, isn’t worth flaunting. “You shoulda just got the Uber app on ya phone,” 50 commented. “Put that bulls**t back on that truck.”

Both rappers began to drag each other after that.