Entertainment News Today Headlines: 50 Cent Reacts To Nicki Minaj Blasting Rick Ross To Sit His ‘Fat A**’ Down, “Nicki Be Blacking Out On N****s” 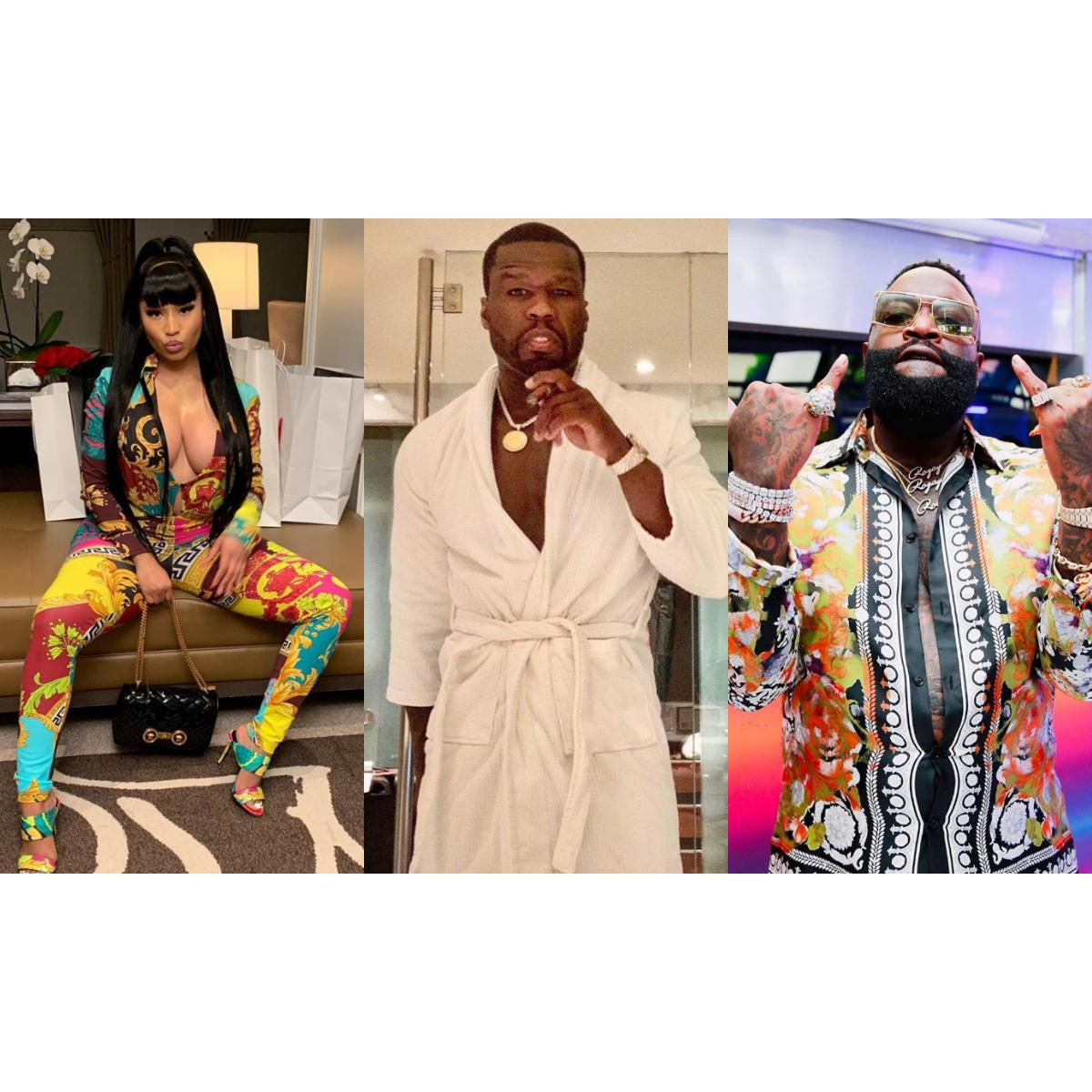 😆Nicki be blacking out on these niggas. LOL 🤨and she will have the Makks on they head. 😂#lecheminduroi #bransoncognac

“I told Meek I wouldn’t trust Nicki/Instead of beefin’ with your dog, you just give ’em some distance.”

Clearly, that line didn’t go down too well with the “Megatron” hitmaker because she directly addressed it around the 36-minute marker in an interview. She began explaining that she supported the Philly rapper during one of the darkest points of his life. “When a grown-ass fucking man name-drops a woman to sell an album when I was the only one in his corner when everyone turned their back on them when everyone was calling them ‘Twitter-fingers’ and cracking up laughing at them? My n***a!” she says alluding to the 2017 record.

READ ALSO:   "I Can’t Stop My Money Even If I Tried" - Actress Omoni Oboli Brags

Anyway, in a recent interview, Ross said while he doesn’t have any active beef with Fif, he saw a music collaboration extremely unlikely.

“Honestly, I’m a businessman. If 50 Cent still had value, I may have been done it. But not being funny, homie just ain’t that dude no more. We was riding through L.A. smoking to ‘Hate It or Love It’ yesterday. That sh*t was dope. We was saluting Cool & Dre, that’s Miami who did the production. Game, 50 Cent… That was dope. If he was still making music like that, of course. Drake could hit me, and say, ‘Rozay I got 50 on the record.’ And if he was still dope like he was eight years ago? Rozay will lace that.” (“Big Boy’s Neighborhood”)

READ ALSO:   50 Cent Discloses How Kareem Abdul-Jabbar Snubbed Him At The Airport - "He Looked At Me Like I Was Crazy"

“I don’t know what his value is to music culture at this moment. I never made music with him. I don’t have interest in making music with him. A lot of these guys, even when you make reference to music culture and stuff like that, they’re one-trick ponies, so they’re going to be gone. In hip-hop, they say it’s not what have you done, what have you done for me lately, right? So you could get next to the guys that got momentum and try and survive based on that. But, it’s not a lot going on there.” (Complex)

If you recall, 50 Cent trolled Rick Ross last year by hanging out with his former girlfriend Lastonia Leviston.

You know they all love me, like a fat kid love cake.come kiss me 😘 baby LOL🤨get the strap