Hip Hop News Latest: 50 Cent Responds To Rick Ross’ Value Comments: ‘I Don’t Know What His Value Is To Music Culture At This Moment’ 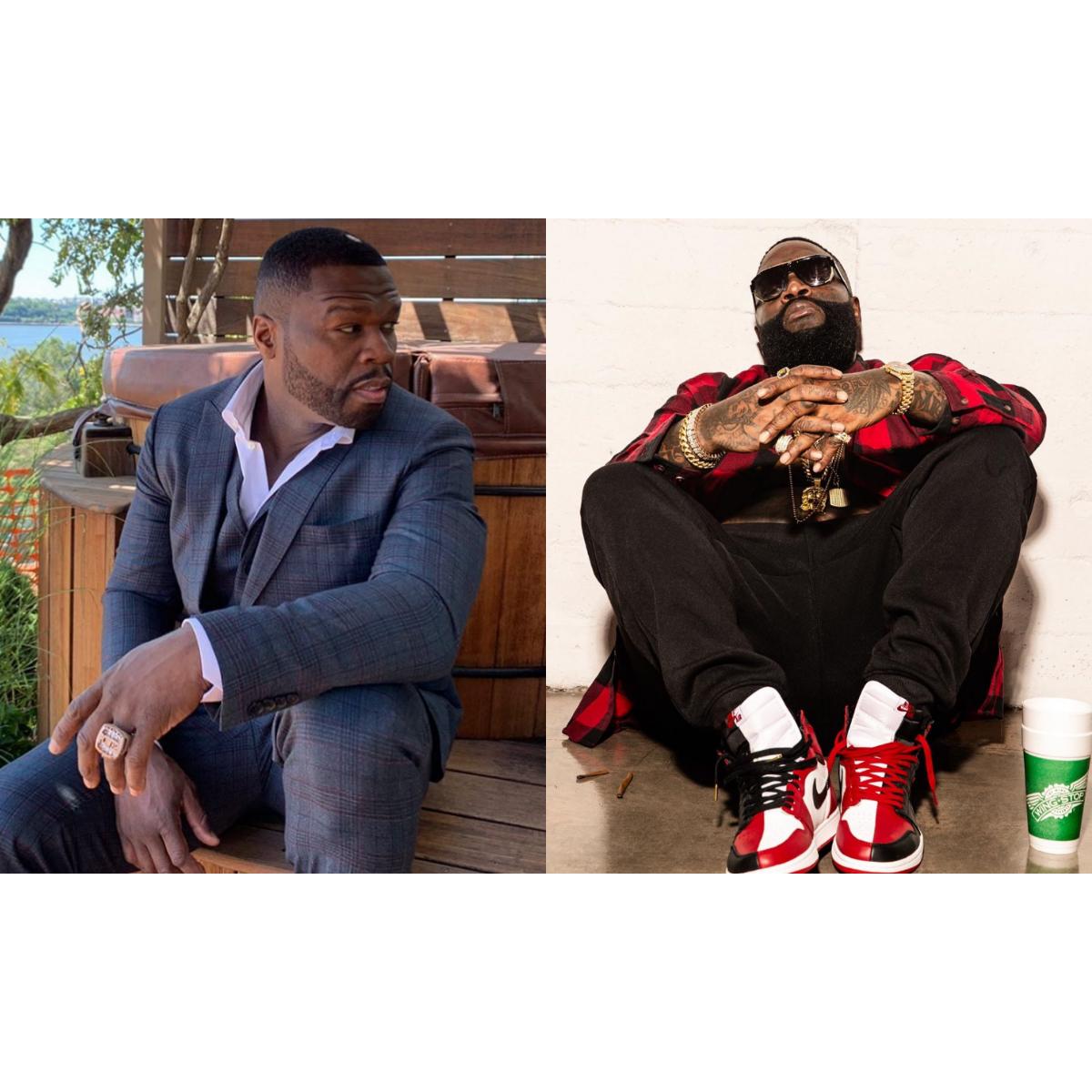 Despite their complicated history, Rick Ross somehow managed to get Lil Wayne and Pusha-T on a record together. The rapper who has been on a press tour in the lead-up to his album, Port of Miami 2, made it clear that he wants to help bury the hatchet in this feud. However, he doesn’t appear willing to quit his feud with 50 Cent. In fact, during an interview with Big Boy, Rozay was asked if he would ever consider collaborating with 50 whom he has been having issues with for the last ten years. He explained, “Honestly, I’m a businessman. If 50 Cent still had value, I may have been done it. But not being funny, homie just ain’t that dude no more”.

“We was riding through L.A. smoking to ‘Hate It or Love It’ yesterday. That shit was dope. We was saluting Cool & Dre, that’s Miami who did the production. Game, 50 Cent… That was dope. If he was still making music like that, of course.”

He continued, “Drake could hit me, and say, ‘Rozay I got 50 on the record.’ And if he was still dope like he was eight years ago? Rozay will lace that.”

50 Cent has responded to the Rick Ross value comments during an interview with Complex News. He said, “I don’t know what his value is to music culture at this moment”.

READ ALSO:   Entertainment News Today Headlines: It's Time For War! Floyd Mayweather Reignites His Beef With 50 Cent With Decisive Breakdown Of His Career

#PressPlay: Oop! #RickRoss speaks on his former beef with #50Cent 👀 Y’all think he was throwing shade or just being honest? 👀👀 (📹: @bigboysneighborhood)

He continued, “A lot of these guys, even when you make reference to music culture and stuff like that, they’re one-trick ponies, so they’re going to be gone. In hip-hop, they say it’s not what have you done, what have you done for me lately, right? So you could get next to the guys that got momentum and try and survive based on that. But, it’s not a lot going on there.”

It was Rick Ross who first dissed 50 Cent on his 2009 track “Mafia Music” following an issue that apparently took place at a BET event. The gist is that 50 looked at him the wrong way though the “Candy Shop” rapper doesn’t even remember seeing Rozay there. 50 responded with “Officer Ricky (Go Ahead Try Me),” and the feud escalated from there. Since then, they have been beefing and when Ross was in hospital last year, 50 Cent mocked his condition. Also, a judge dismissed a lawsuit from 50 Cent against Ross over the use of the “In Da Club” beat this past October.

Hip Hop News Latest: Offset Brags About Being "S**y Chocolate" + Needs To Know If He Should Buy These Must-Have Kicks

Nigerian Celebrity News: Davido Claps Back At Those Criticizing Him Over His Father's Wealth