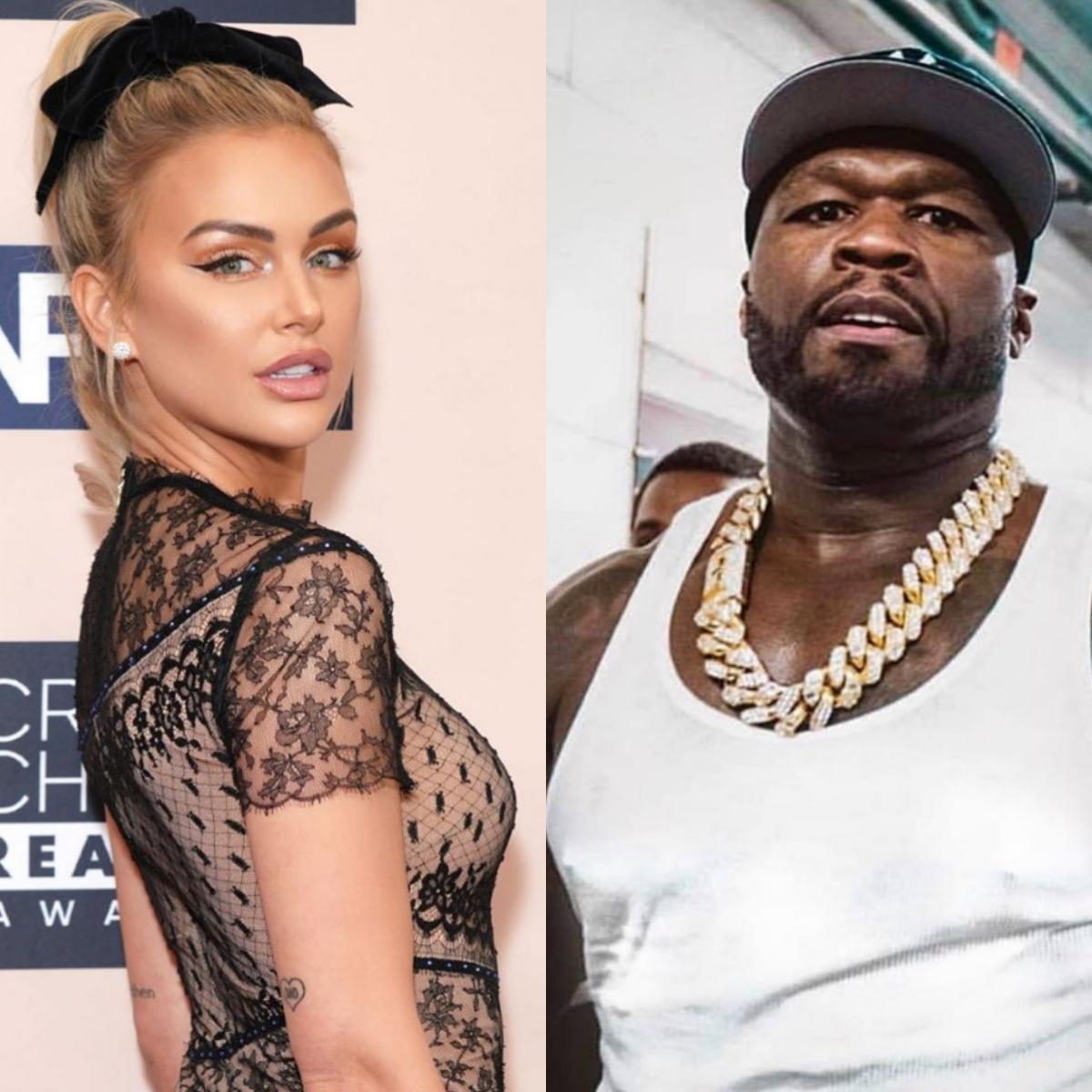 The New York rapper has ignited his feud with Vanderpump Rules star Lala Kent and her producer fiancé Randall Emmett. 50 Cent, 44, lit up his Instagram page on Friday, September 13, with multiple posts blasting both of them after Kent claimed on Watch What Happens Live that she has “receipts” to prove that she bruised 50 Cent’s ego during the previous public sniping.

Kent, 29, told Andy Cohen, “I think I really dinged Fofty’s ego. In fact, I know that because I have a receipt to prove that, which I would never post because I ain’t that girl. I ain’t beefing unless I’m gettin’ paid on Vanderpump, yo.”

READ ALSO:   Latest Hip Hop News And Rumors: 50 Cent, Cardi B, Wizkid, Davido, Other Celebs React As Trey Songz Reaches Point Of Losing It Over Backlash - "Ima Slap The Shit Outta One Of You n####s Bout This Power S**"

While joking about the bizarre feud, the SUR hostess added, “I am from Utah and to think it’s like Tupac and Biggie, Lala and Fifty… Like, what up though?”

50 wasn’t too impressed with Lala. He responded on his IG page with a Kent photo, captioning it, “What’s wrong with this hoe, now don’t say she didn’t ask for it when I start tripping.”

In a second post, the “Just a Lil Bit” rapper referenced an Us Weekly report that claimed Kent was not sober during a trip with her fiancé to Disney World.

READ ALSO:   New Hip Hop Music: Young Buck Accuses 50 Cent Of Working With The Police And Losing All His Inner Circle In Diss Track, “The Story Of Foofy"

50 Cent’s third photo showed Kent and Emmett, 48, in bed. While imagining their conversation.

His savage attack ended with a fourth post that circled a red mark on Emmett’s neck in a picture.

“The f*** is wrong with your neck, buck?” the rapper captioned.

If you recall, back in April, 50 Cent shared a clip from the Bravo reality series on Instagram and called Kent a “hoe” who got a Range Rover after sleeping with Emmett. The rapper also accused Kent’s beau of owing him a whopping $1 million dollars.

READ ALSO:   Nollywood Star Chioma Akpotha Celebrates Birthday With Throwback To When She Was A Baby

At the time, Kent responded by joking in the comments after Cent dissed her, “She swears she’s a thug from south side Jamaica queens & she’s up in here watching Bravo. Someone has forgotten where they come from. Coming for me on the gram!? I smell fish coming from fifty’s direction.”

Latest News USA Today: 54-Year-Old Florida Preacher Charged With Forcing Himself On 9 And 10 Year Old, Forces Them To Watch The Other Being Assaulted