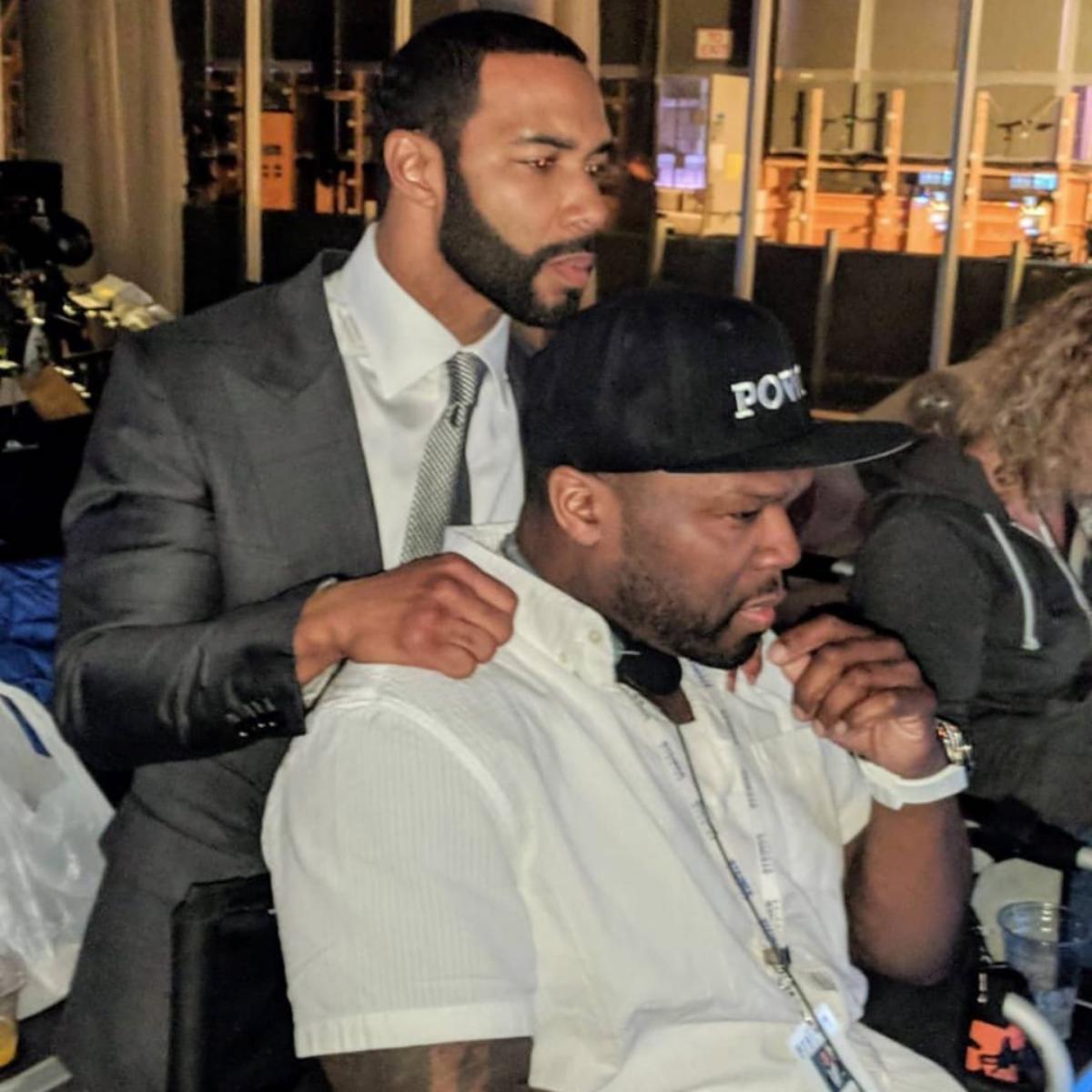 Amebo Book has been told how unpredictable 50 Cent is especially during conversations. In an interview with TVLine, the rapper whose real name is Curtis James Jackson III, spoke about his directorial debut in Power and also, the ruthless character he played, Kanan’s biggest regret.

A lot of “Power” fans were shocked when Kanan died last season in a shootout with police. 50 Cent told TVLine that the outdoor location shoot necessary to nab his final scenes was extremely cold. “It was freezing,” he recalled. Even worse? “I was throwing up,” thanks to a bout of the flu. “I was sick, and it was unhumanly cold out there.”

However, being under the weather didn’t stop the Power co-creator from suggesting other footage the production might be able to get in the can, given that everyone was out there already. “I was like, ‘Courtney [Kemp, series co-creator], we should shoot a flashback where I actually turn and shoot right at [Tariq]. Then they could just cut out and he’d just wake up from it,’” Jackson recalled, chuckling. “She was like, it wasn’t already in the plan, so it wasn’t going to happen.”

By October 2018, 50 was the one calling the (literal) shots on Episode 3 of the drama’s final season. The hour, titled “Forgot About Dre,” checks in with the freaked-out Federal witness; we’ll also see Jason give Tommy and Ghost one heck of a group assignment.

This is me on set directing the next episode of POWER. 🎥you have to see #lecheminduroi #bransoncognac pic.twitter.com/hT3iRs0W4q

The rapper also shared his thoughts about putting the episode together, his involvement in the series’ spinoffs and his guess at his alter ego’s biggest regret.

READ ALSO:   Rapper 50 Cent Mocks Tyrese For Missing Two Scheduled Visitations With His 10-Year-Old Daughter, Tells Him To Get Off His Phone, Shut His IG Page And Sell Him His Watch For Half Price

ON HIS DIRECTING STYLE | “The luxury of working with talent that has been playing characters for five years is, they know the characters so well that as long as you can clearly articulate what you’re trying to see from the character, they can convey it for you. And then I have such a good morale with the crew behind the cameras… I make it my business to make them have a good time.”

ON THE HARDEST PART ABOUT BEING A DIRECTOR | “The hardest part is the dedication of time, because [a director is] the first person on set, the last person to leave. If it ends as scheduled, you’re doing great. If it goes over, it’s just the way it goes.”

ON HOW HANDS-ON HE’LL BE WITH OTHER PROJECTS, INCLUDING THE POWER SPINOFFS | “All of these projects, I have been in all of them. I don’t affect the writers’ room. I’ll go watch and see the directions and things they’re choosing and ask questions about it as we go. Because my only fear is things that feel like ‘TV moments.’ I like things when the characters are flawed and they feel real lifelike.

ON KANAN’S BIGGEST REGRET |  “You know what?,” Jackson says, laughing. “He regrets hanging out with f–king Tariq!”

Nigerian Celebrity News: Genevieve And Lynxxx Spark Dating Rumours, Tiwa Savage, Igwe 2pac React - "When Is It I Be Your Best Man" [Loved Up Photo]