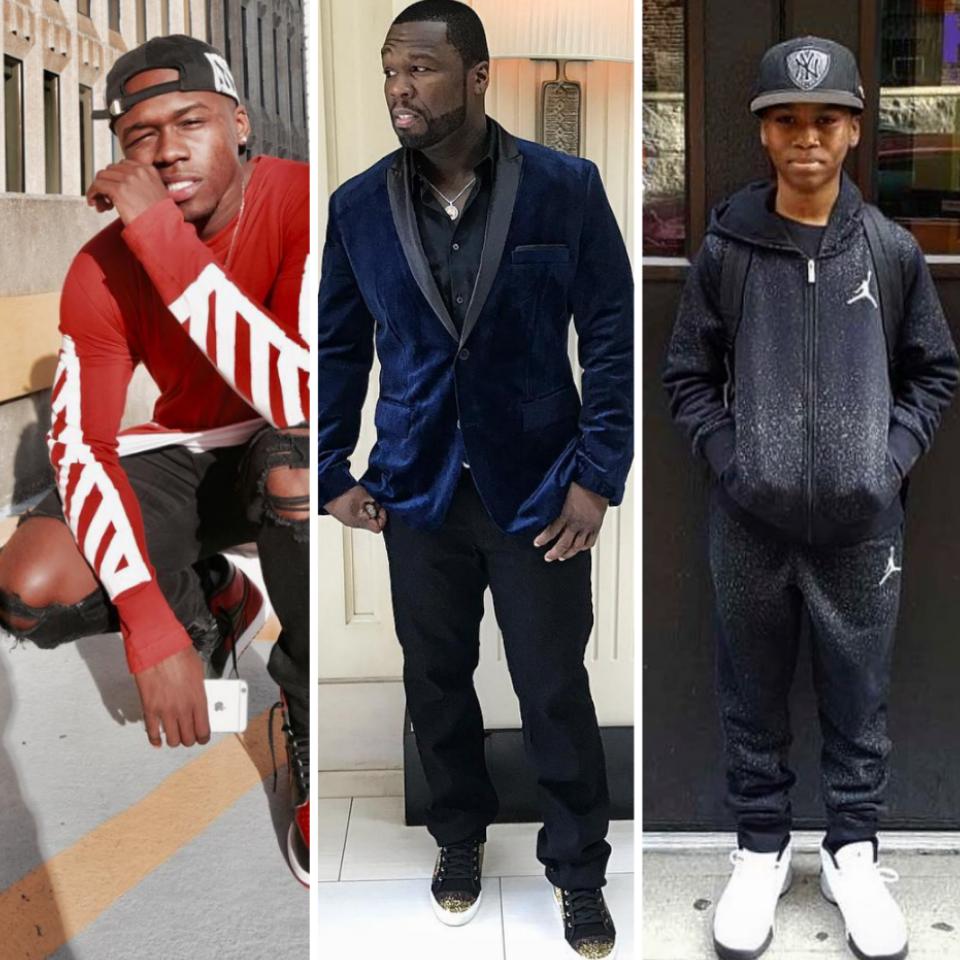 Even though 50 Cent thinks Davian masturbates in the bathroom during one of his long showers with the door locked, the rapper has no playful jokes for son, Marquise Jackson. The New York rapper had posted a photo of Davian to celebrate not only his birthday, but to hail his academic excellence and the fact he would be resuming at Hunter College for a programme.

“My other little guy Davian is gifted he is 12, today is his first day at Hunter College. Smh Smart Kid.#50centralbet”.

However, a fan asked the rapper to confirm how many sons he has. Shockingly, even though 50 Cent isn’t enjoying a relationship with his son, Marquise, who dissed him in his first rap attempt titled ‘Different’, in February, the rapper said he had just two sons.

READ ALSO:   Blessing Wife Of Murdered Jumia Delivery Man Cries Out That 'Our children are still expecting their dad’s return'

“Just 2, because I have no relationship with Shanique’s son,” 50 Cent replied.

One shocked Instagram commenter even had a prediction. He wrote:

“He has forsaken his own flesh and blood. SMDH. 😳 God WILL handle him.💯 AND his ELDEST will be the one HE WILL NEED and BEG forgiveness of in the end.”

I guess he was referring to the part of the scripture when Jesus said:

“Have you never read in the Scriptures: “‘The stone the builders rejected has become the cornerstone; the Lord has done this, and it is marvelous in our eyes’?

Shocking! Watch All Out Brawl Between Employees And Customers At Popeyes In San Marcos Texas In Viral Clip, They Fighting Over Chicken Orders!