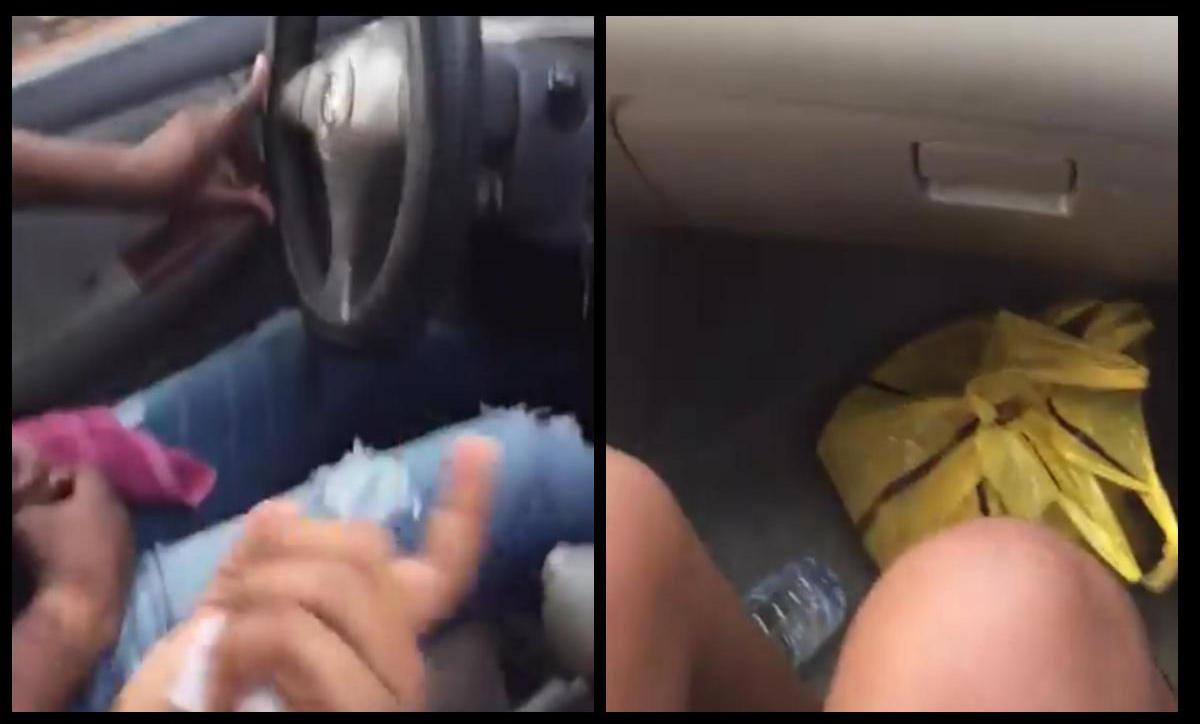 Things are really happening oh! A woman has shared a video of the driver of a ride hailing app after the ‘bastard’ brought out his ‘thing’ and started m*sturbating while she was in his car.

The furious woman ensured she got receipts in form of the video while she also took screenshots of the driver’s profile on the ride hailing app.

When quizzed by people on her reason for insulting the driver, the woman shared the clip of the s*xual assault she had to endure while in the driver’s vehicle. She is even heard warning the driver, “Don’t do that” but her pleas fell on deaf ears as the man was seen holding on to his bare p*nis and fondling it.

READ ALSO:   "I Am Not Interested In Marrying A Billionaire" - Uriel Oputa

The women are heard saying the driver had been touching the woman since before deciding to touch himself in her presence.

Twitter users had mixed reactions after watching the woman get s*xually assaulted that way. While some criticized her for remaining in the car, others pointed out that it was a risky situation and if she had lashed out, he might either knock her out, kidnap her, or cause an accident that’ll kill her.

READ ALSO:   “I Am Satisfied That She Is Dead And I Don’t Regret Killing Her" — Man Who Butchered Ghanaian Lady To Death At Labadi Boasts

Meanwhile, Nigerians have tagged the ride hailing app that the man works for and asked for immediate action against the driver.