Nollywood Actress Moyo Lawal Explains She Was Not Nude While Advertising ‘Flawless beauty by Mim’, Says “My body is 100% natural… Kim k is NOT my Role model” 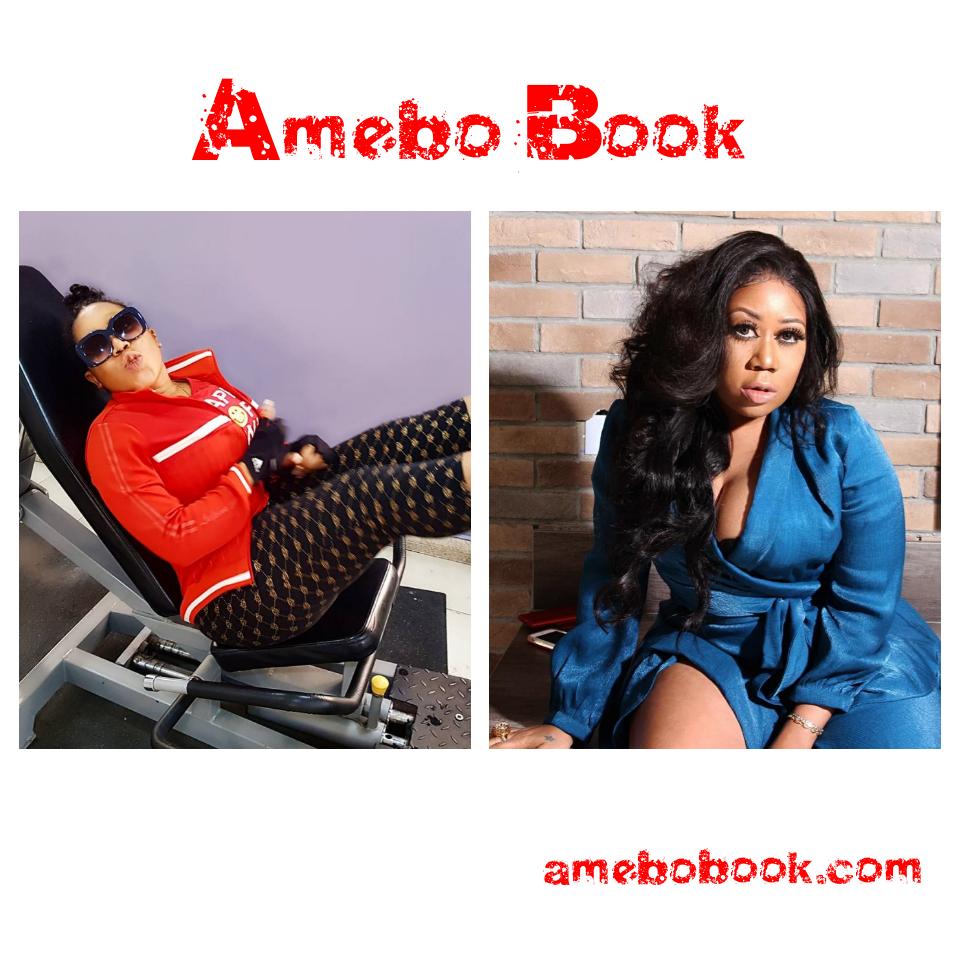 Nollywood’s Moyo Lawal Explains She Was Not Nude While Advertising

If you missed the earlier post on the her ‘nude Flawless beauty by Mimi‘ photoshoot, click HERE . You can also read HERE her story on the casket shoot which she has now explained was on set of “The Will”. Anyway after being roasted, Moyo Lawal explains that she was not nude while advertising.

Read what she wrote below:

“I was not Nude 😞 Ya all need to chill especially the hypocrites that I see in bikinis all the time 😂😛😂……..….
Here are the Facts!!! (1) I was not nude 😒😩neither can you see anything apart from cleavage which you will probably still see from me 😒.Also ofcourse I was terrified have you ever tried to create a nude illusion picture?? I was almost peeing in my pants 😩😒😨and trying my best to still make the picture look believable😂😨🙈
(2)….My body is 100% natural , how on earth do you compare a natural body to a surgical enhanced body???😩😞
(3)….Kim k is NOT my Role model , please where have you ever heard me say that?or even write that?? ….I just love how confident kanye is ..knowing his wife will never cheat on him despite her body exposure (becos 😈we know what some always covered up decent wives do😂)….therefore allowing her do her! (4)… I was not nude as you can obviously see in the picture above ,different posture… I make bold to say, I see literally naked bodies on social media every other day ..either a lingerie or beach or pool or bathroom shoot 😈
(5) ….I need to point out the obvious that I have seen literally every female in bikini ( the ones with the bodies for it ,that is… Even some without🙈😩) whether before marriage ,some even after …..need I point out “bikini is string pant and bra??? ”
(6)…… You have never seen me in a bikini , which means you have actually never even see me as undressed as most females you have seen on social media😛😂😂
(7)……..As for me liking attention ….I laugh in Spanish , am off social media more than am on it ….am indoors more than am outdoors, ..so what were we saying about attention again …like I log out of socialmedia😞 completely!!
(8)…… The casket picture was taken on set of a movie ” The Will” filmed in Owerri last week …i should have used the gold casket though because that one was supershining ….oh ..am being annoying …sorry 😂😅
(9)……have you ordered any makeup item from ” #Flawlessbeauty byMimi” yet?? (10)……Thank you for letting me break the internet over an illusion!!! ❤
😊😊😄 #ML
P.s Bikini (string pant &bra)😂pic loading”

Actress Moyo Lawal Explains She Was Not Nude While Advertising

Davido Just Exposed A Lady Who Sent Him Naked Photo On Snapchat, Was This Really A Mistake? [WARNING EXPLICIT CONTENT]