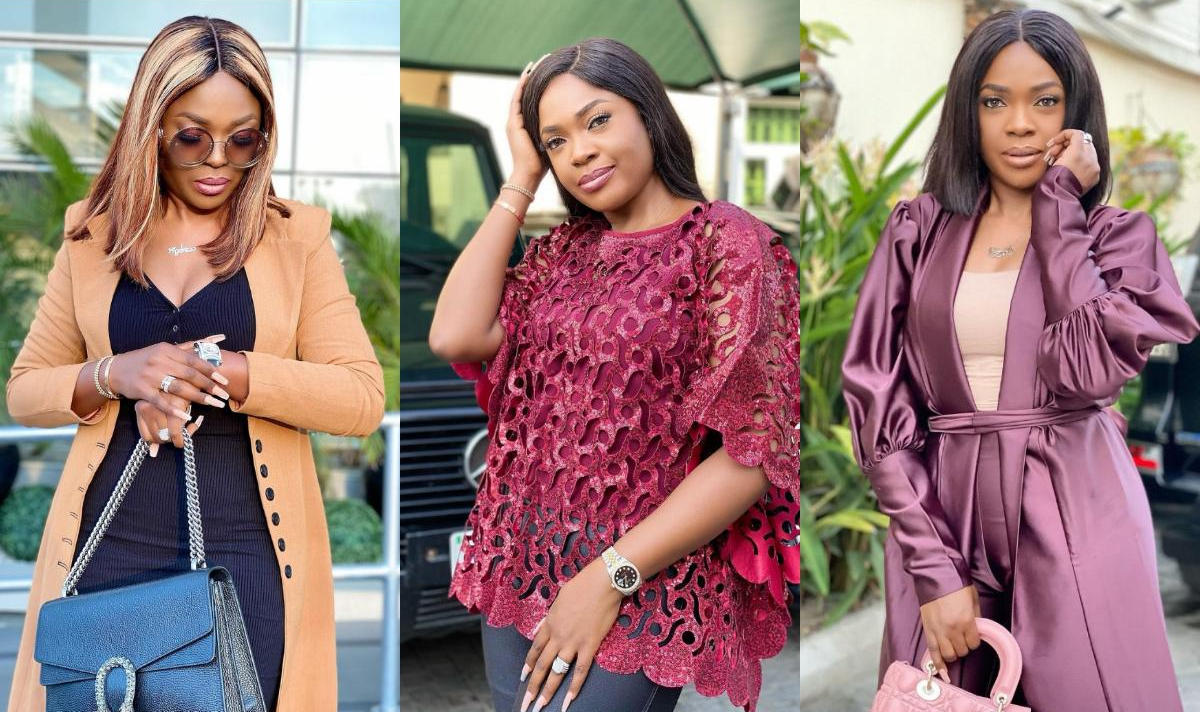 Omoni Oboli has narrated her ordeal in the hands of a bunch of boys within the age of her sons.

According to the actress, she was harassed while driving to Lekki phase 1 roundabout from the toll gate coming from Oniru. However, trouble started when her driver had to stop the vehicle after they approached the traffic lights.

Suddenly, boys surrounded their vehicle which made the actress scared as she had heard stories of damage being done to the car windows to rob. It was then her fears changed very quickly to being s**ually harassed.

“Last night, I went out briefly. As we drove to Lekki phase 1 roundabout from the toll gate coming from Oniru, the traffic lights stopped us. My driver was driving and I was in the back seat. A bunch of boys immediately surrounded the car doing the usual begging (I hate it so much) I get scared because I hear stories of people’s windows being smashed and their belongings taken sometimes they are even harmed. God help us!

READ ALSO:   "You don't know me because your so local, i am the biggest actor in Nigeria, Google it" — Nollywood Actor Uche Maduagwu Slams Dencia In Bitter Instagram Fight Over Biafra, She Fires Back "U don't look like u can feed your own family let alone an entire country"

“But I went quickly from being scared to being disgusted! I felt utterly violated. The boy beside me started soliciting me. Telling me what he could do to me, moaning and making all sorts of s*xual sounds. It went from fear to s**ual harassment in the twinkle of an eye. I mean these are boys my kids age for crying out loud!

“They NEED to be taken off the streets please Lagos State. I need to feel safe and not s*xually harassed when I go around my Lagos.

“I know someone will come on here and say it’s because there are no jobs and they need to be on the streets to survive. Please miss me with that bullshit! Those are not the ones looking for jobs! Have you tried offering any of them menial jobs? They never show up! Those ones are looking for free money!

READ ALSO:   "You Dey Finsh Work For Acting" - Fan Hails Nollywood's Ngozi Ezeonu's Talent As An Actress As She Stuns In Traditional Outfit

“Anyway, I was disgusted, I felt s*xually harassed and dirty sitting in my own car. It doesn’t have to be that way. Dear Lagos State government. Do better”.

"Indeed What God Cannot Do, Does Not Exist" - Ini Edo Says As She Successfully Launches Skin Care And Cosmetic Line, "Beauty Secrets of April"