Ghanaian Actress Vicky Zugah Shows Support For Afia Schwarzenegger After Marriage Crises, Says The OAP Is Victim — “The genesis of most broken homes is abuse, Verbal, financial,physical or sexual abuse” 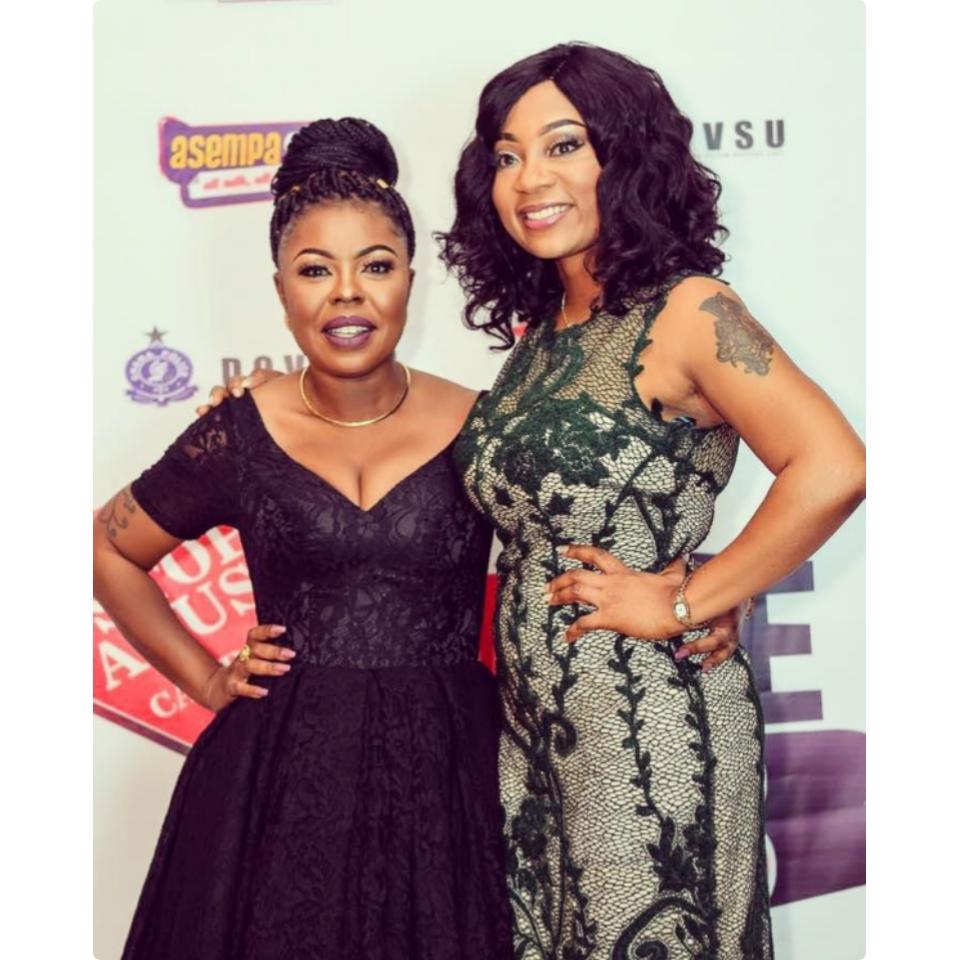 We think it’s safe to say Afia and Lawrence Abrokwah marriage crises is gradually turning into a circus of some sort with scenes that would make Hollywood’s IT green with envy. Alright, clowning aside, a married woman was just caught cheating on her husband and despite the show of shame that played itself out, some think the controversial OAP is a victim of domestic violence/abuse. Well, in an Instagram post, pretty actress Vicky Zugah shows support for Afia Schwarzenegger after marriage crises.

It’s normal for Vicky Zugah to show love and support for Afia’s self destruction. Seriously, it is. The TV personality is reported to have married a ‘he-goat’ who has major problems controlling his ‘third leg’. In fact, Lawrence is said to have thrown decency to the pigs and even slept with the house maid. This means Afia Schwarzenegger’s has been unhappy in her marriage to Lawrence Abrokwah. True, but she was caught cheating!

Anyway, read what Vicky Zugah has to say about Afia Schwarzenegger after the OAP was nabbed butt naked cheating:

“I hate when you are so excited for something but then it ends up not happening. I was super excited about your union and was looking forward to your anniversaries.This is not the time to blame but I wish things were done differently. Sometimes we expect more from others because we would be willing to do that much for them,we need to learn that everyone cannot be like us and expect less from people. Some comments on social media regarding other people’s predicament breaks my heart. Our comments affect people no matter how strong we think they are. So be careful what you say,it’s not always about you. If you can’t be nice to them when they really need it then say nothing at all..Abuse breaks, abuse kills, abuse is dangerous. The genesis of most broken homes is abuse, Verbal, financial,physical or sexual abuse. Let’s fight the enemy (ABUSE) not ourselves. I use @queenafiaschwarzenegger’s home as point of contact to wish everyone going through this kind of thing all the best. I pray heaven’s strength for you. Everything is going to be alright, maybe not as soon as you want it but eventually, I assure you.Hang in there and remain strong. I love you.”

READ ALSO:   "Players" Will Always Do What They Want To Do. Your Love Should Be Enough To Discipline Them — Actress Vicky Zugah

Vicky Zugah is right in all she penned BUT let’s not allow Afia Schwarzenegger use domestic violence to escape her shameless behaviour. She needs to accept her mistakes and not be tempted to destroy genuine cases of domestic violence/abuse for others.

Unrecognizable! Check Out This Epic Throwback Of Juliet Ibrahim And Vicky Zugah To 2009