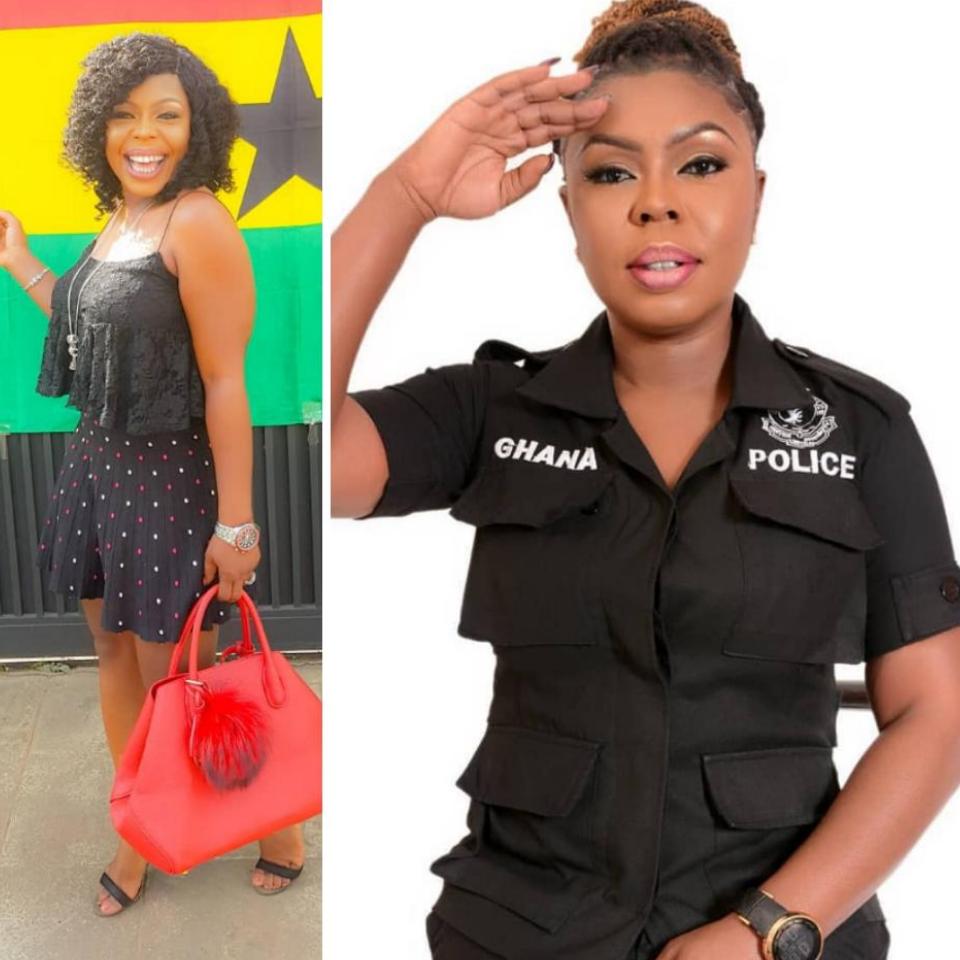 Afia Schwarzenegger was invited by the Ghanaian Criminal Investigations Department (CID) for questioning after she was seen wearing a police uniform and saluting. The controversial OAP had posted the photos to mark Ghana’s 61st Independence anniversary.

It’s understood Afia met CID officials on Tuesday, March 13, exactly one week after posting the photos. She then explained to the authorities that she wore the police uniform for an upcoming TV series on TV Africa.

According to the on-air-personality, she was given the police uniform by the producer so that she could promote on social media.

The police eventually let Afia Schwarzenegger go while the invite the producer for questioning.

READ ALSO:   Shocking: Some Terrible People Just Said Rapper DMX Looks Like A Palm Wine Tapper And That He Looks So Hungry

Juliet Ibrahim Thinks There's A Reason Why Noah Saved More Animals On The Ark Than Human Beings, We Think The Creatures Were Better Behaved