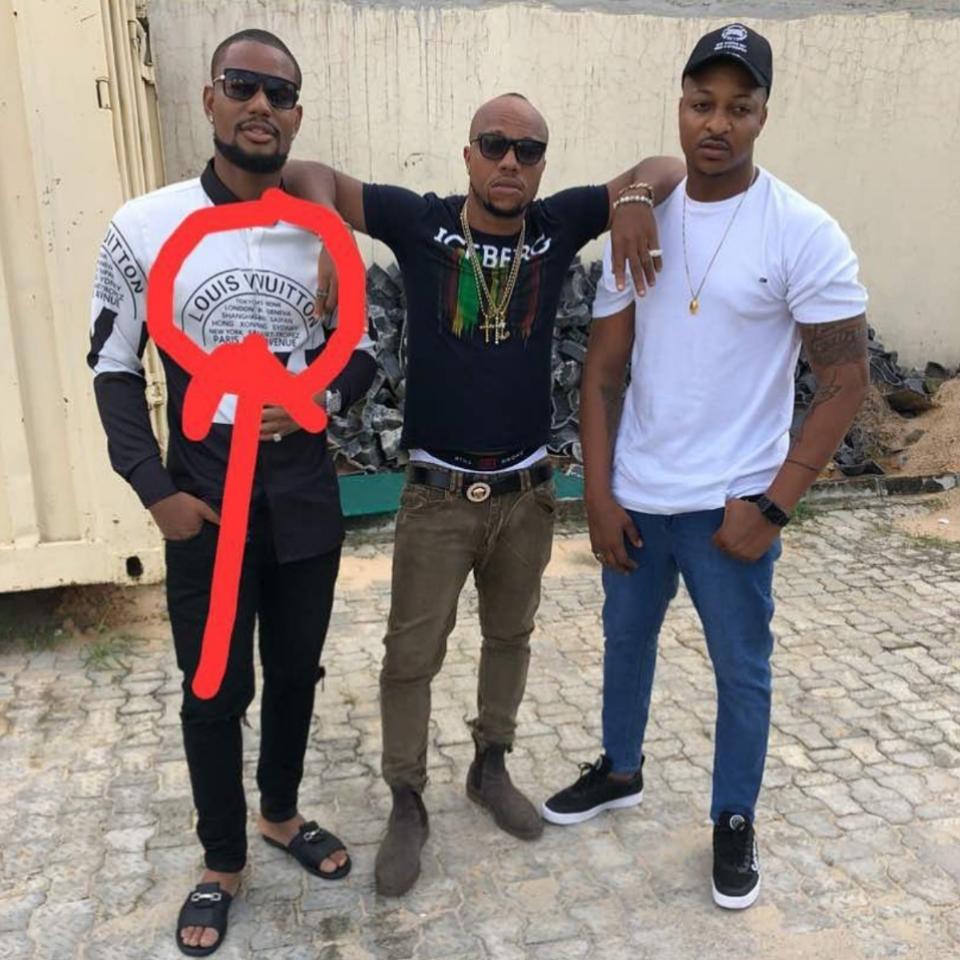 There’s currently a crackdown on Nigerian celebs who rock fake designer items. The likes of IK Ogbonna and Kizz Daniel have been called out.

Bearing this in mind, Alex Ekubo shared an on set photo featuring IK Ogbonna, Charles Okocha and himself. He then offered an explanation as to why he is rocking a fake Louis Vuitton shirt. He wrote:

READ ALSO:   Alabama Mother Pulled A Gun On Group Of Girls Fighting Her Daughter Then Pistol Whips One Teen [Video]

“Dear Social Media Fashion police officers aka World People before una take am yab me, we see the Louis (W)UTTION, its DELIBERATE na feem we take am shoot o.”

Not long after, IK Ogbonna backed him friend up. He wrote:

READ ALSO:   “Star Wars” Actor John Boyega Bought His Parents A Home — 'That's Giving Back to My King and Queen'

“@alexxekubo you are lucky I was there if not I would have given u word .. infact u would have use Koboko to flog the director y was this just a feem now I can’t shine d way I Wld have loved to shine this Monday morning”

READ ALSO:   "I state categorically that I am not one of the Defence Counsel" - Nollywood Actor Kenneth Okonkwo On Nnamdi Kanu