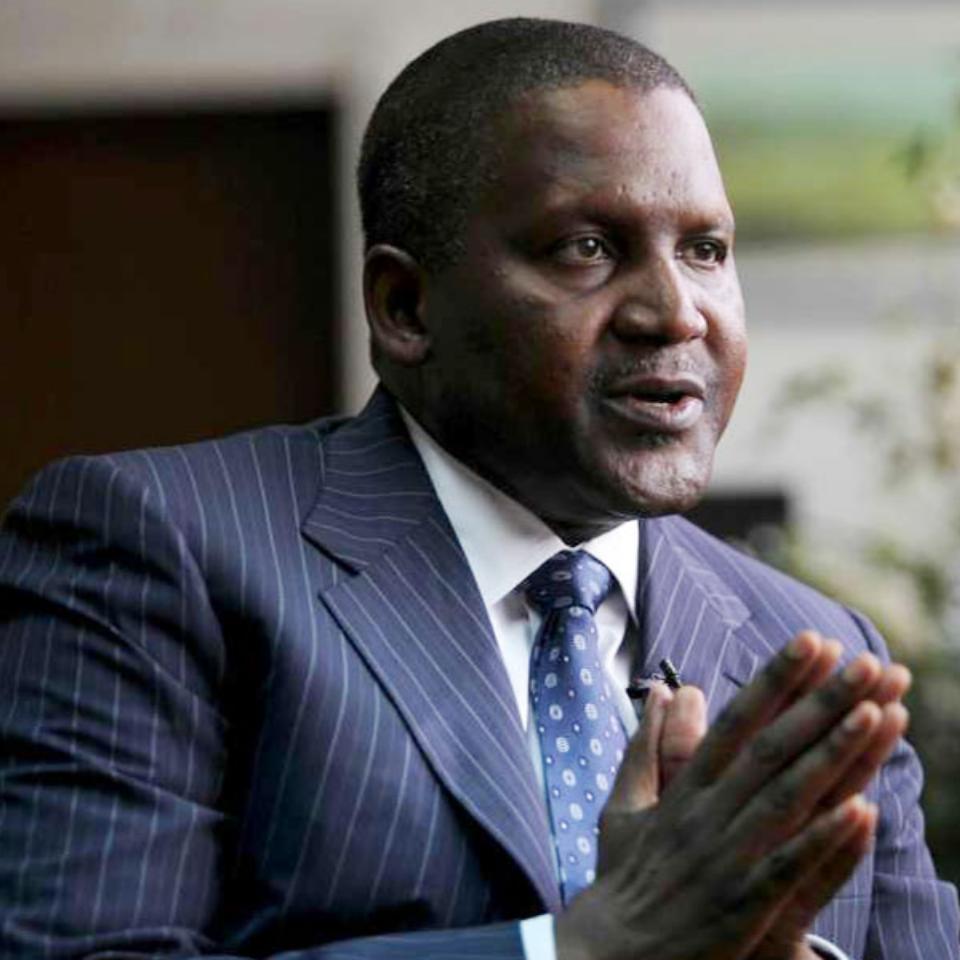 Aliko Dangote has moved up the billionaire list from 103rd in the world to 64th richest. The President of Dangote Group has an estimated worth of $16.6 billion and is the only Nigerian on the list of the top 500 billionaires, as released last week by Bloomberg.

This confirms Dangote as the richest man in Africa for the eighth year running. Jeff Bezos remains the richest in the world with $136 billion. Bill Gates and Warren Buffett followed as second and third respectively with $98.4 billion and $83 billion on the world billionaires’ list.

There is a noticeable difference between earlier ranking by the Forbes Magazine which placed Dangote’s fortune at $10.8bn in the 2019 Forbes Africa’s Billionaires’ list released in January. However, the Nigerian billionaire still retained being the richest African for the eighth consecutive year in the latter ranking.

READ ALSO:   I’ll suck ya d*** right thruu this phone — Cardi B Tells Offset As She Shares Shirtless Video Of Him Dancing While Promoting His Album

Naguib Sawiris of Egypt, ranked No. 331 with an estimated fortune of $5.12bn, completed the fifth and last African on the list of 500 HNW individuals.

Top Nollywood Actress Foluke Daramola Met The Richest Man In Africa Aliko Dangote At A Reception Party To Celebrate Barrister Festus Keyamo As A Senior Advocate of Nigeria (SAN). She Recounts Meeting Humble Dangote — “The wealthiest Human Being On The Continent Of Africa Stood Up To Greet Me”

Peter Okoye Posts Photo Of Himself Sitting With Africa’s Richest Man, Aliko Dangote, But Nigerians Accuse Him Of Looking Gay As They Alert Singer On Bobrisky