Olakunle Churchill’s Alleged Side Chick Rosaline Meurer Thinks Tonto Dikeh Is Using The Name Of The Lord In Vain After Born Again Christian Claims, Comes For Her 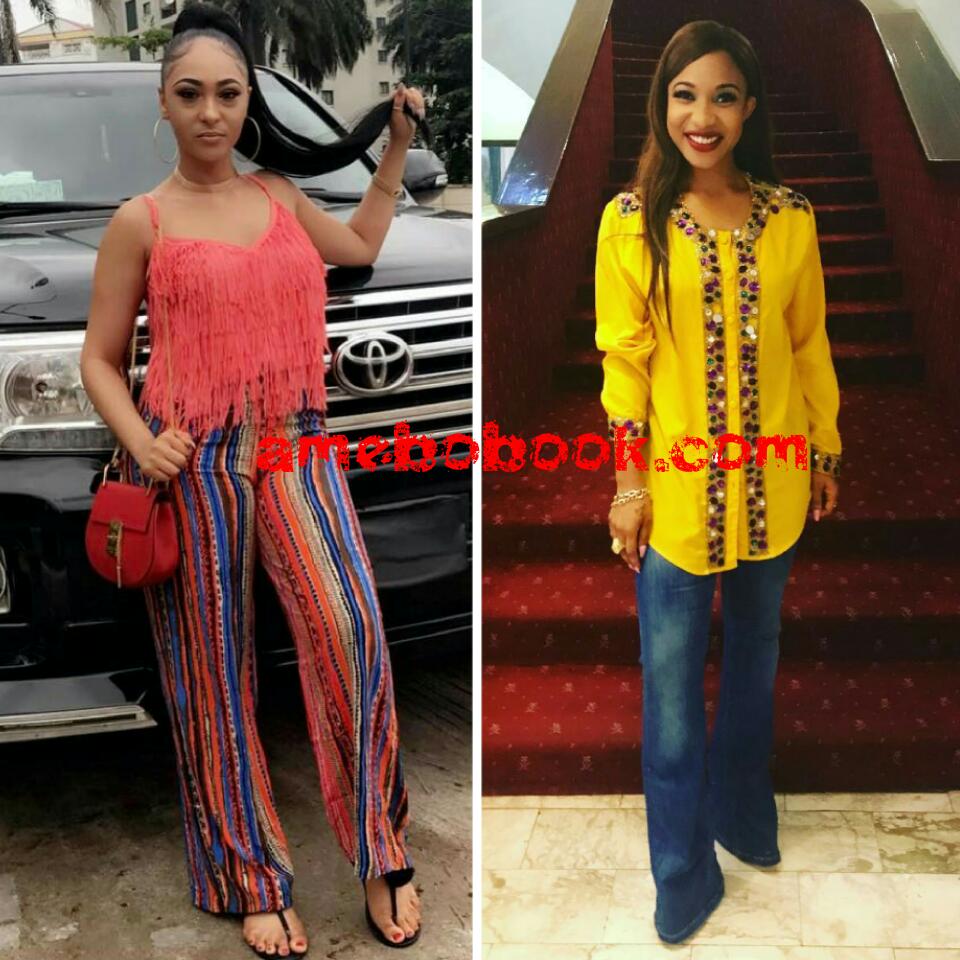 You already know by now domestic violence victim Tonto has found peace by giving her life to Jesus and engaging in charity. She also encourages women suffering in the hands of abusive men to come out publicly. This is commendable. However, Rosaline Meurer thinks Tonto Dikeh is using the name of the Lord in vain. Just incase your struggling to recollect who Rosaline is, she’s the woman accused of breaking up Tonto’s home after engaging in an ungodly relationship with her husband Olakunle Churchill.

“I am a proud born again Christian.. Christianity isn’t religion to me it’s a way of living.. Am soaked in Gods strength, No weapon formed fashioned against me or my son or my workers can/Shall prosper In Jesus Name Amen.. Even when the devil tries he knows he already lost with TONTO. The day I gave my life to God the kingdom of darkness Knew that trouble awaits them, the kingdom of God took their best player.. Never trade the presence of God for anything.”

Disgusted by this, Rosaline Meurer took to Snapchat to call out Tonto Dikeh.

Rosaline Meurer Thinks Tonto Dikeh Is Using The Name Of The Lord In Vain, Is She?

Find Out Why Davido Was Almost Beaten Up In London, He Escaped Through The Back Door