“Are You Serious, So Why Are You Dating Me If You Can’t Say Yes?” — Man Rejects Girlfriend Of Six Years After She Proposed To Him At The Accra Mall 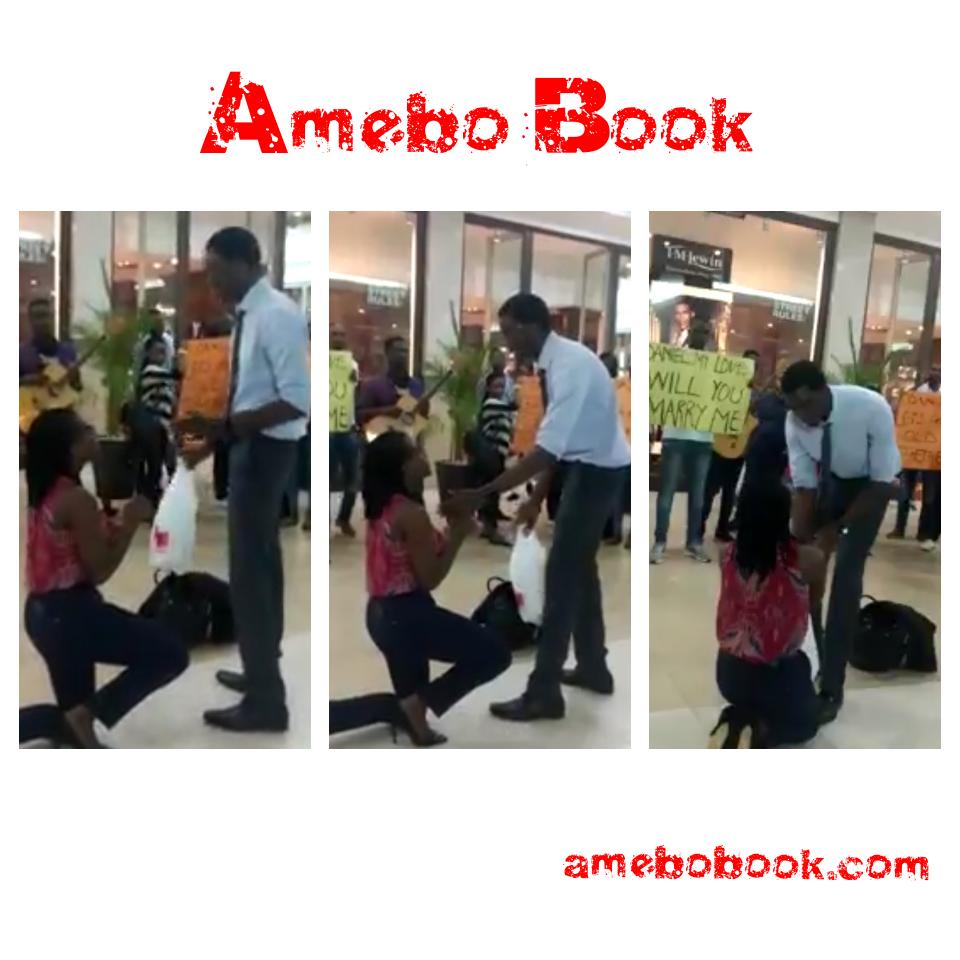 Guys Ain’t Loyal! Man Rejects Girlfriend Of Six Years After She Proposed To Him At The Accra Mall

A lot of ladies are becoming more courageous these days. For reasons best known to them, they pick public places when they choose to propose to their boyfriends. Hang on, before we continue, let me ask, when in a relationship, is it not clear whether your partner genuinely loves you or is all about the money, sex or whatever? I’m asking because a man rejected his girlfriend of six years after she proposed to him at the Accra Mall.

“OMG I was there some happened at the mall this evening. The girl proposed to the guy but he refused it. So disgraceful huh, they have dated for six good years too. So sad😭”

The lady who was on her knee, suffered major embarrassment and could be heard asking, “Are you serious, so why are you dating me if you can’t say yes?”

Ladies, STOP proposing to your guy publicly. Have you even asked yourself if you’re his main chic? He probably sees you as a sidechic. Again, the lad may be struggling and not necessarily ready for marriage. Don’t be surprised he’s still a mama’s boy oh!