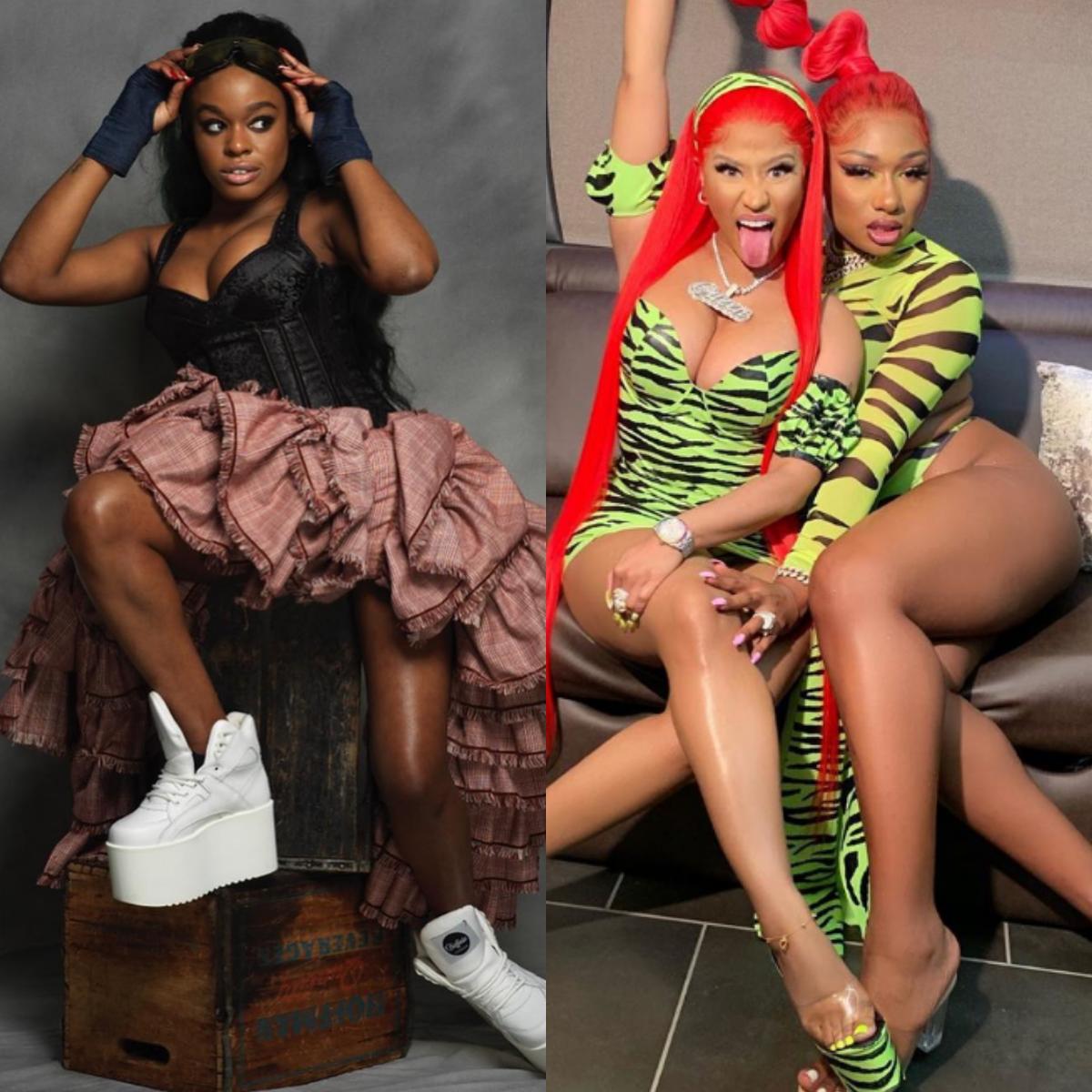 It’s no longer news that rapper Trina’s A&R representative, Reginald Saunders, shared a lengthy caption on Instagram calling out Nicki Minaj as a “deceiver and manipulator..” Even Love & Hip Hop Miami star, rapper Bobby Lytes also too to Instagram Live to say that the “Megatron” rapper is unworthy of respect. Again, Queen Radio gradually became a circus of a shouting match as Minaj told off Joe Budden, whom says has been spreading lies about her for years. It appears Azealia Banks is on the “Good Form” hitmaker’s matter as she shared a warning on social media to Megan Thee Stallion telling her to watch her back. She accused Nicki of doing drugs which was also echoed by Budden.

READ ALSO:   Does The Suggestive Caption With This Chanel Flip-Flops Mean Nicki Minaj And Meek Mill Have Broken Up?

Banks also said Minaj has a diabolical agenda when it comes to the “Hot Girl Summer” creator. While shooting the music video of the song, Nicki and Megan hopped on Instagram Live together, a move that Azealia says was to make Megan look less than favorable. “Nicki is so evil she got meg drunk on purpose so she looks wild in the photo/video plus Nicki is WILD COKED…ugh Nicki is so damn fake and evil I cannot :(,” Azealia wrote. “Happy for meg but I really hope nicki doesn’t try it with her. The girl has had to push thru past loads of obstacles to get to this level…. I really pray that Nicki is not up to the evil sagittarian sh*t I highly suspect she is…. uh sis is really the worst.”

Azealia Banks claims that Nicki Minaj purposely got Megan Thee Stallion drunk last night so she would look “wild” in their pictures together & during their Instagram Live session.

“I really pray that Nicki is not up to the evil Sagittarian shit that I highly suspect she is ugh.” pic.twitter.com/tKf4nND956

Also, Nicki told Budden while speaking with him that no one was going to steal her shine, “You see, I don’t have to go in a room with a bunch of men to create my sound, my image, my anything,” Nicki stated. “I am who I am. Take it or f*ckin’ leave it, but I put in the motherf*ckin’ work. I put in the work.”

#PressPlay: Okay! #NickiMinaj made #MeganTheeStallion drive the boat on the set of #HotGirlSummer 😩😍👏🏽