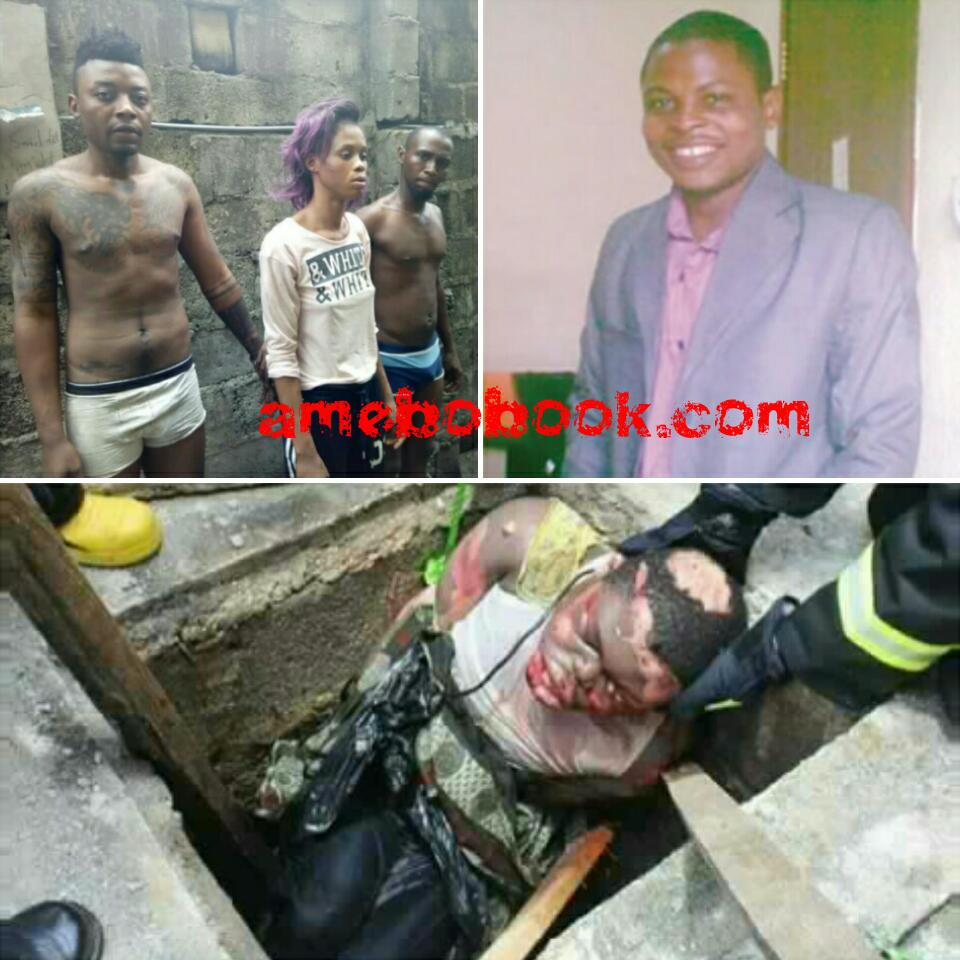 Heartbreaking: Blessing Wife Of Murdered Jumia Delivery Man Cries Out That ‘Our children are still expecting their dad’s return’

The lust of some Nigerians with money often leads to loss of lives and the families of victims of these brutal murders are left to suffer for it. In the case of those with children, what to tell them becomes even more difficult if they are young. Reading blog titles like Blessing Wife Of Murdered Jumia Delivery Man Cries Out That ‘Our children are still expecting their dad’s return’ is completely heartbreaking.

Anyway, you already know Chukwuma Eleje was a delivery agent with Jumia. He was murdered and thrown into a septic tank because of two iPhone 7. According to Punch, his wife Blessing revealed how her husband had promised to buy their children some goodies upon return from the day’s work but he was unable to make it back home having been brutally murdered by three assailants at Shell Location, Mgbuoba, Off Ada George Road, Port Harcourt, where he had gone to deliver two phones. Operatives of the Rivers State Police Command have already arrested the suspected killers, Sodienye Mbatumukeke, Excel Naabe and Joy Eluwa.

According to Blessing, while speaking on a Port Harcourt-based radio station, Nigeria Info, she explained that the deceased was just an ordinary man with four children. Mrs. Eleje also added that her husband had promised to pay their rent before he was murdered. She’s now been left wondering how she would cope with her husband, Chukwuma Eleje.

“He left for work telling us that he would be back. He promised the children by telling them he would buy a lot of goodies for them. Up till now, they are believing that their daddy is coming back.

“How will I cope with school fees? Our rent has expired and the landlord gave us one week and now the one week has expired.

“Now, I am hearing my husband is dead; how am I going to cope? He was just an ordinary man with a wife and four children,” she cried.

On how she got the news of her husband’s death, Mrs. Eleje said that it was when people started gathering at her compound and were telling her “sorry”. According to her, she was surprised and until it became clear that she had lost her husband. She said:

“I did not know that the news had spread everywhere. My family and I were not aware until when I saw people gathering in my house telling me sorry. I was surprised, I didn’t understand why they were telling me sorry”.