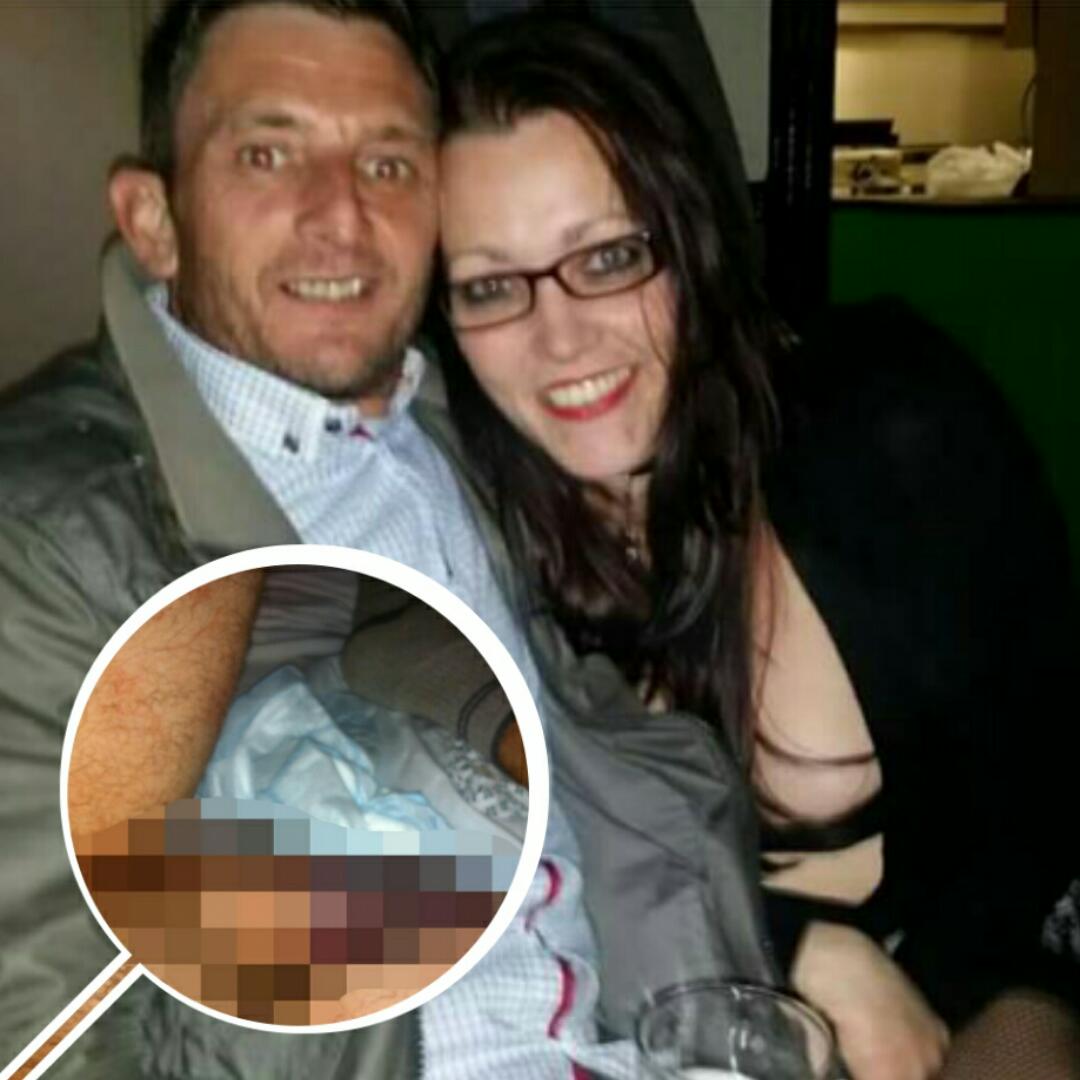 Things are really happening ooh! The things people go through just to have their precious babies. Anyway, a bricklayer identified as Steven Horden, 37, from Gillingham in Kent, got more than he bargained for while trying to have a baby with his girlfriend.

Infact, according to the builder, he ‘snapped his penis in half’ during a rigorous sex session with his girlfriend, Kiera Diss, 38, as they tried for a baby. After the horror injury, Steven was rushed to the hospital where he spent four days as doctors battled to save his penis but his it was already bent, bloodied and heavily bruised reports The Sun. Steven said of his injury:

“It’s nasty. The whole penis is bruised and bent and horrible.

“We were doing doggy style. It was a little bit too frantic. I think we overdid a little.

“The doctors told me that only time will tell if I can still have children.”

As things stand, Steven fears that he may not be able to have children with his girlfriend. He said:

“Kiera is gutted. We can’t have sex for six weeks. We did try last night but it was too painful.”

READ ALSO:   Bobrisky Wants A Big Sugar Daddy To Buy Him Second House, This Time In Ikoyi — "If Na To F*ck To Get Am I Don't Care"

As for the shocked girlfriend, she had this to say:

“Steve was in a lot of pain. I was in shock, I never imagined something like this would happen.

“I feel a bit guilty as I think it was my thrusting backwards that was half the cause of it.

“But I stuck by him, helped him clean up, use the toilet, I’ve been there all the way.”

Steven has been adviced by doctors to stay away from sex for six weeks after he felt pain while trying with his girlfriend.

While speaking on her future with Steven regarding parenthood, Kiera said:

“We were hoping that we might be able to have kids one day.

“We’d been sort of trying for the past six months. I am worried now that we won’t be able to have children after trying too hard.

“Maybe this is fate telling us we shouldn’t.”