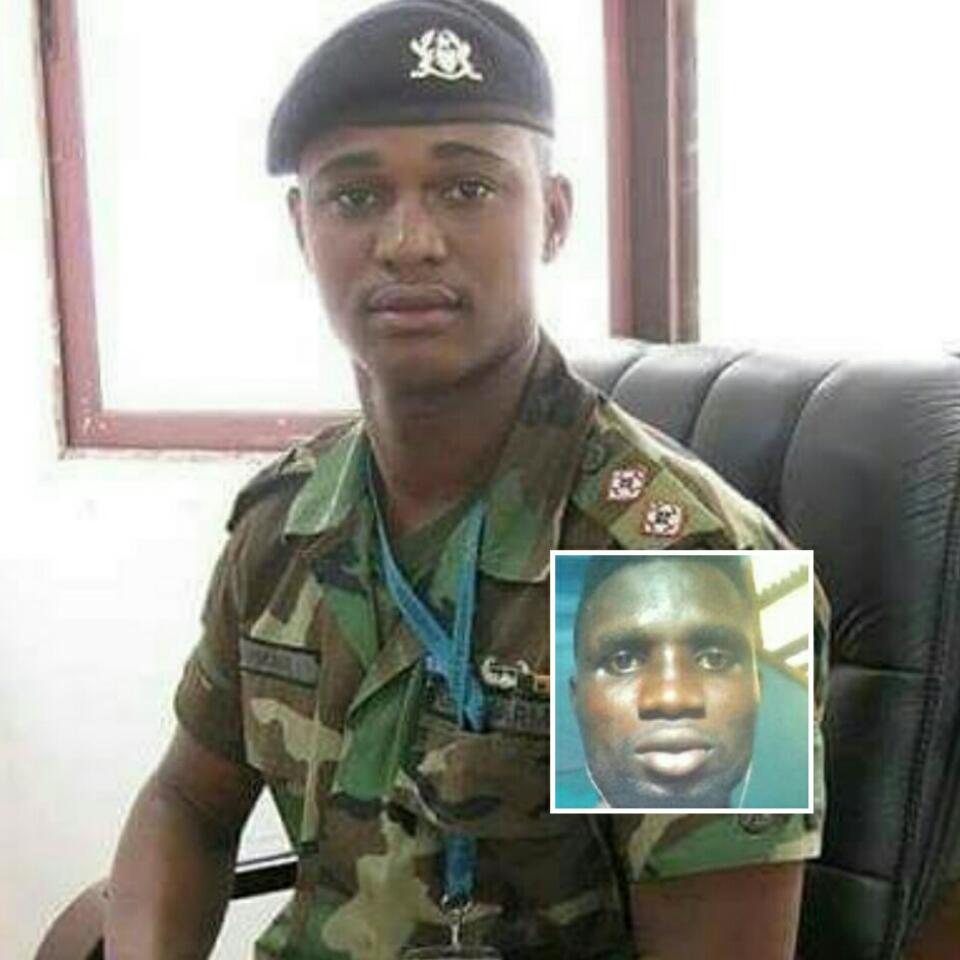 Bullets Killed Major Maxwell Mahama Before He Was Lynched — Read The Gory Details!

Earlier reports suggested the Ghanaian soldier was only lynched by angry residents of Denkyira-Obuasi in the Central Region. However, that’s not the case. Two bullets killed Major Maxwell Mahama before he was lynched.

According to autopsy conducted on the late Major Maxwell Adam Mahama, his assailants shot him twice before lynching him. The pathologist at the 37 Military Hospital who conducted the autopsy, discovered two bullets lodged in his body. He also suffered a fractured skull when the mob dealt him blows with cement blocks, cudgels, clubs and other deadly weapons they could lay their hands on.

Three people suspected to have shot Major Mahama remain on the run. The police have declared 12 people wanted with 52 incarcerated in connection with the murder of the soldier. It’s gathered that amongst the suspects wanted by the police are, Yaw Amankwa aka Bulla, Yaw Annor and Kwesi Asante. They are believed to have taken fatal gun shots at the soldier which brought him down.

According to reports, Major Maxwell Mahama managed to board a timber truck but the one of the suspects, Bulla, allegedly shot at the vehicle shattering the windscreen in the process. The three armed men were said to have ordered the driver to let Major Mahama come down or they would shoot them. The situation forced the army officer to surrender to his attackers.

From the video footage of the murder of Major Mahama, the killers were heard saying the late soldier had fortified himself hence his ability to run even after being shot. It was then that they used various objects to strike him blows until he finally died.

According to the Director General in-charge of the Criminal Investigations Department (CID), DCOP Bright Oduro, the deceased’s iPhone 6 and his pair of boots had been retrieved from the rooms of two suspects spotted in the video lynching the Major. He said:

“The mobile phone was retrieved from the room of suspect Kwadwo Fofie at Diaso but he had bolted and is being wanted.”

Nollywood Actress Oge Okoye Has Been Accused Of Wearing Butt Pad. This Is How She Defended Herself

“We Have Taken Control Of Our Future” – Singer Chidinma