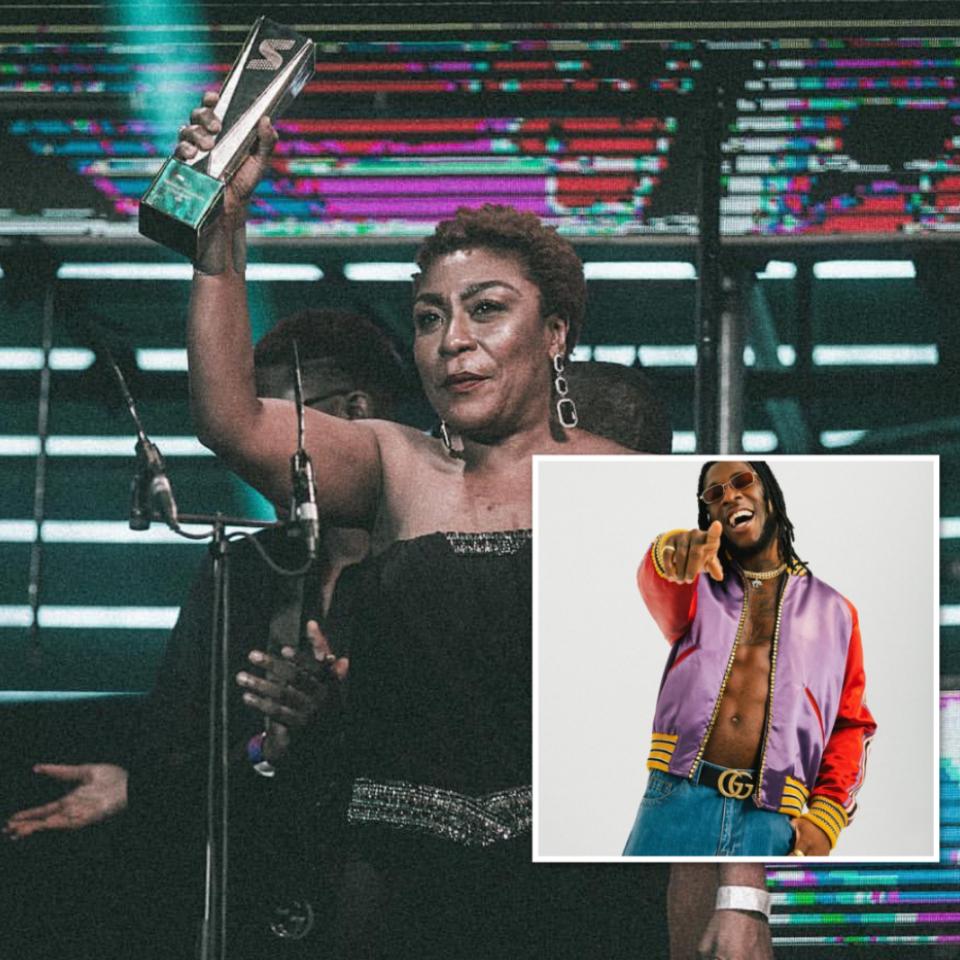 Burna Boy’s mother, Bose Ogulu, thanked Kanye West for naming his album “Ye” as it benefitted her son, While searching for Kim Kardashian’s husband’s album, people accidentally found the Nigerian superstar and were impressed with what they heard. This boosted the ratings of this song.

READ ALSO:   Makeup-Free Efia Odo Shows Off Natural Hair And No Lashes Look, Says "I’ll Choose How To Look However I Want"

”Thank you to Kanye West for making a mistake and naming his album ‘Ye’. Thank you for enthroning talent tonight. Burna is out of the country, he asked me to be here  personally. “

Meanwhile, at the SoundCity MVP Awards Festival 2018 where the singer clinched ‘Song of the year’ award, Burna Boy’s mum said fans can look forward to more madness from the Afrofusion singer

Classy! Cardi B Shows Off Her And Kulture Custom Made Reebok Sneakers Photos + Video]