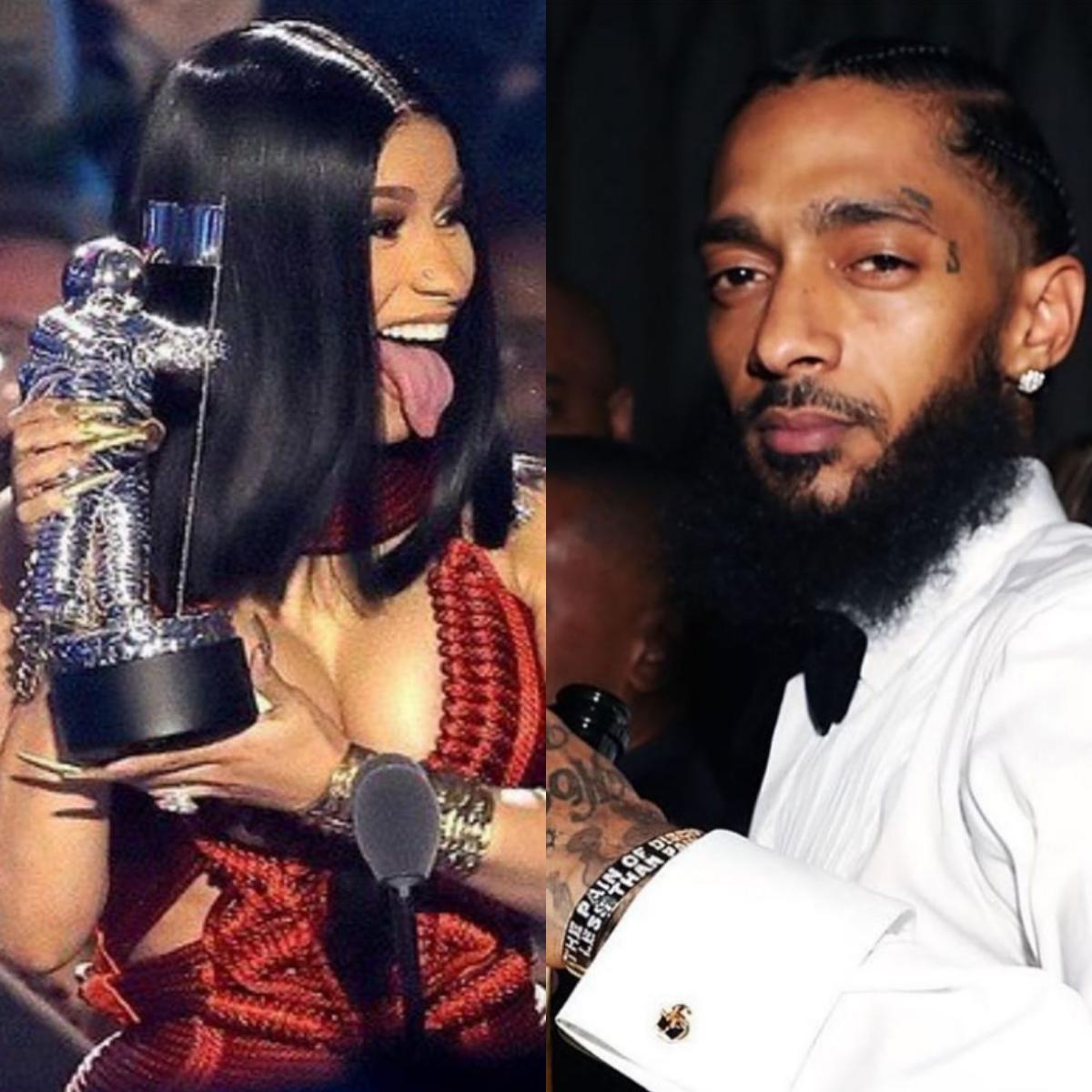 While reflecting on her Grammy win, Cardi B took to Instagram where she addressed her critics by looking back on the night she became the first solo female rapper to win Best Rap Album for her debut Invasion of Privacy. The Bronx rapper also revealed what Nipsey Hussle told her. At the time, Cardi was pregnant with her daughter Kulture when she recorded the project.

“I did it all while I was pregnant,” she wrote in a series of tweets. “Throwing up, drowsy,terrible colds and in a rush to finish it so I can start doing music videos before I started showing .I spend 24 hours for months sleeping on a couch with my pregnant depressed ass in a studio.”

She felt the pressure to prove to her critics that she wasn’t just a one-hit wonder. “I wasn’t even thinking of winning or even the Grammies,” she said. “All I can think about was …everybody is disappointed in me,am I still going to have a career after this baby ? Is this album going to make me or break me ? I need to finish before I start showing.”

Cardi also disclosed that she was turned down or charged “six figures” for a feature. However, she managed to get big names like Chance the Rapper, 21 Savage, and SZA to be part of her project. “When i kept seeing the certifications of the songs going gold or platinum I was so excited cause my husband was out here asking everybody for a feature on my behalf so the ones that said yes thank you from the bottom of my heart cause TRUST ME ALOT OF ARTIST SAID NO!”

“So when I won a Grammy for it I didn’t have no words to say but when I went home I started reminiscing on what I went thru during that period I was like YEA BITCH YOU DESERVE THIS SHIT !abd until this day my shit still charting,” she added.

Cardi B was up against tough competition including Pusha-T’s Daytona, Mac Miller’s Swimming, Travis Scott’s Astroworld, and Nipsey Hussle’s Victory Lap. After her win, her fellow nominee Nipsey congratulated her and shared some encouraging words, which she now passes on to others.

Latest Hip Hop News And Rumors: Nick Cannon Speaks On Diddy And Lori Harvey: "I Would Feel Like I Failed As A Father"

“You’re A Perfect Definition Of A Strong Woman” – Lady With Framed Photo Of Destiny Etiko In Her Room, Tells Her In Praise Letter