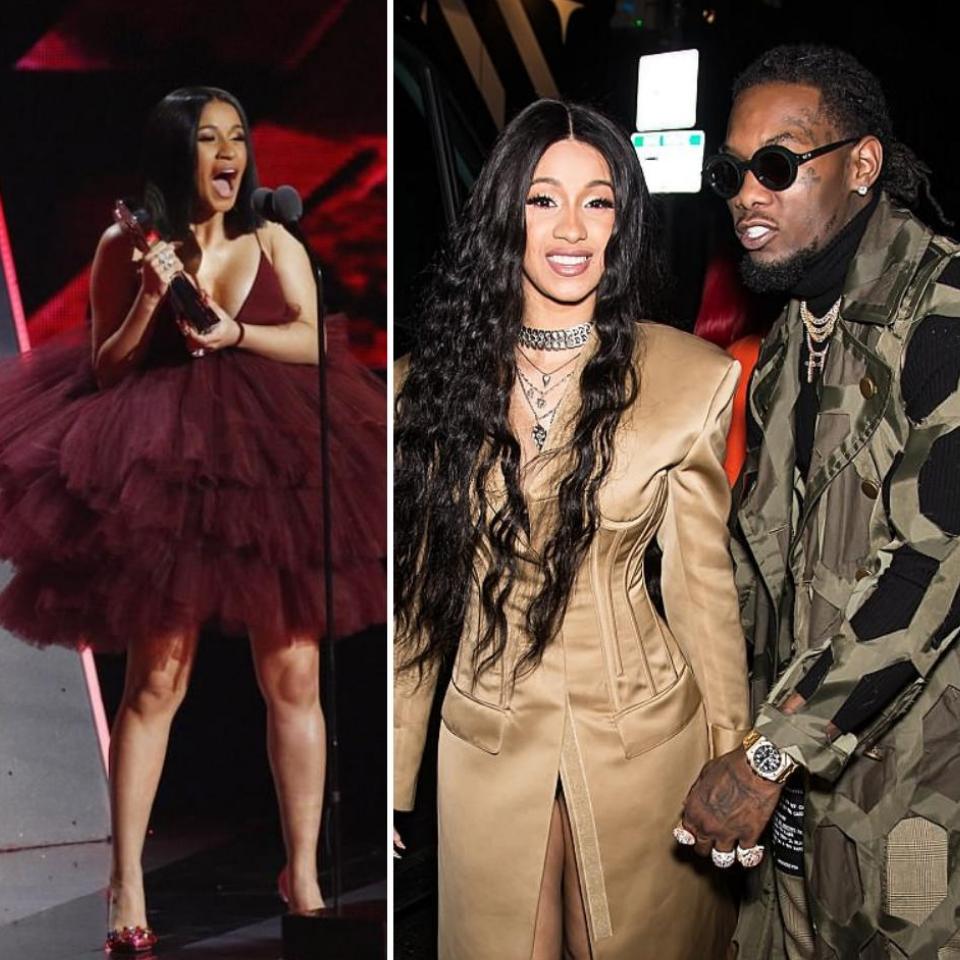 The Bodak Yellow hitmaker has been down with a cold for day which she attributed to the ‘Miami weather and the air conditioner.’ It’s also no longer news tbat Cardi B has completed her debut album Invasion Of Privacy which is set to be released on April 6. The rapper who is rumoured to be pregnant with Offset’s baby, shared a make-up free photo revealing how sick she looked while locked up in the studio trying to complete her album.

READ ALSO:   Offset Posts Heartfelt Plea To Get Cardi B Back, "Forgive Me"

However, Cardi’s new song Be Careful appears to take aim at the Motorsport singer and their relationship.

‘I wanna get married, like the Currys, Steph and Ayesha s***. But we more like Belly; Tommy and Keisha s***,’ she rapped. ‘Gave you TLC, you wanna creep and s***. Poured out my whole heart to a piece of s***. Man, I thought you would’ve learned your lesson.’

READ ALSO:   It's Official! Cardi B Confirms She Married Offset In September