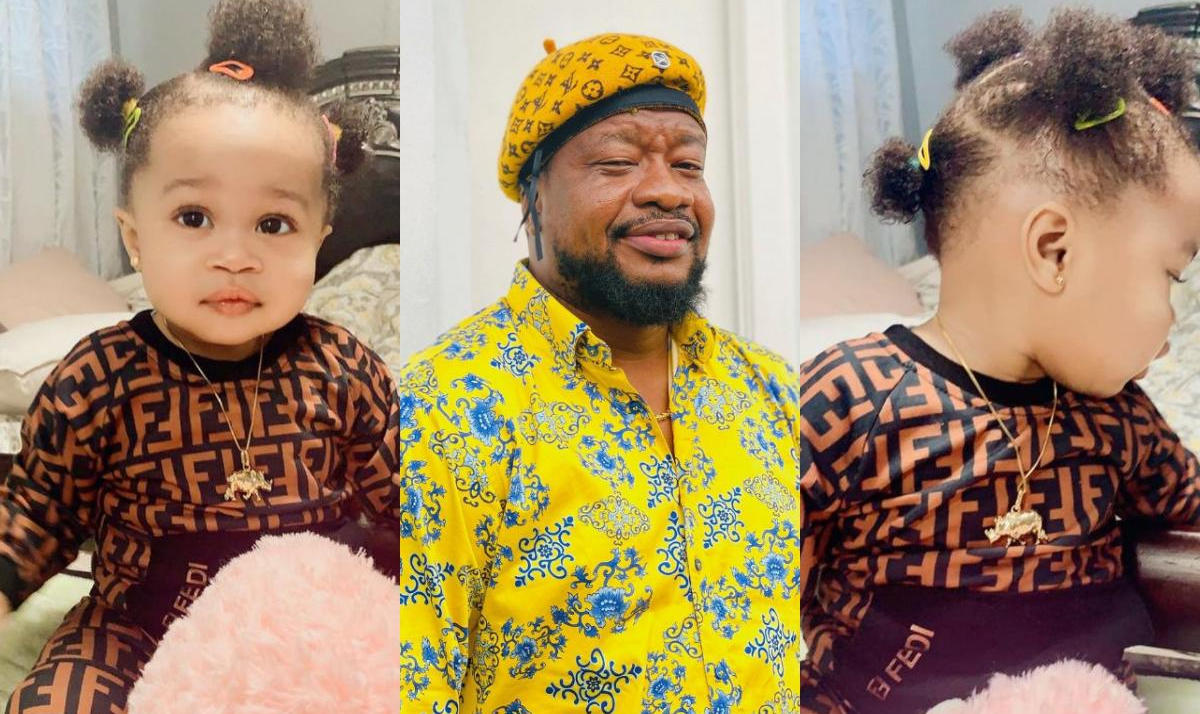 Browny Igboegwu is forever grateful for the birth of his daughter, Kosi. If you recall, the popular Nollywood actor and his wife, Becky were ridiculed for not having any children after 10 years of marriage.

In fact, the thespian came under intense pressure to get married to another woman so as to have a child. Thankfully, Igboegwu held on to his faith and wife as they eventually welcomed a baby girl.

Since then, the movie star has been flaunting his cute child on his Instagram page.

Sharing a series of photos of his baby girl, the actor wrote;

“My heartbeat turns 10 months today pls just a prayer for her and remember to follow her @kosipearl_browny thanks guys”.

READ ALSO:   "My Prayers On Your Head Are Continuous" - Nollywood Actress Ebele Okaro

All This Tight You Wear In The Name Of Dressing, Is It Not Paining You - Nigerian Man Asks Destiny Etiko