“Chris Your A B*tch N*gger, You Beat Up Rihanna” – As Soulja Boy Accepts Chris Brown’s Challenge To A Boxing Fight Over Karrueche Tran 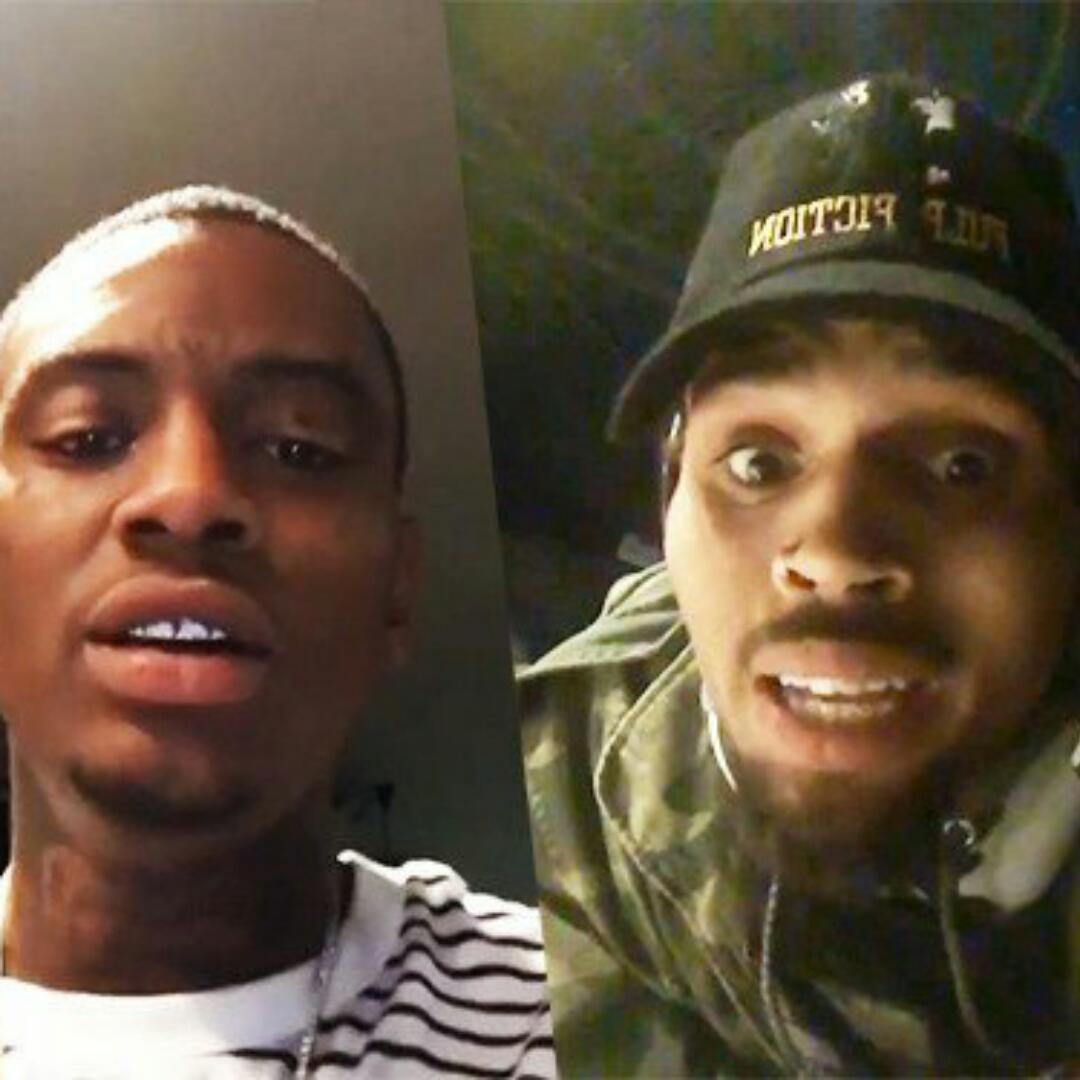 Soulja Boy isn’t smiling at the moment. Why should he? With Chris Brown allegedly making calls and sending texts to him because he chilled with Rihanna and just might be with Karrueche Tran.

This hasn’t gone down too well with Chris Brown and he wants to trade blows over Karrueche Tran.

"Chris Your A B*tch N*gger, You Beat Up Rihanna" – As @SouljaBoy Accepts @ChrisBrown ’s Challenge To A Boxing Fight Over @KarruecheTran – Amebo Book #SouljaBoy isn't smiling at the moment. Why should he? With #ChrisBrown allegedly making calls and sending texts to him because he chilled with Rihanna and just might be with #KarruecheTran . But who wins Karrueche, Soulja or Chris? amebobook.com

Only on Monday, both men got into a Twitter fight over Brown’s ex-girlfriend Karrueche. Soulja had liked the photo below.

READ ALSO:   Here’s How Kevin McCall Threatened Chris Brown And His Daughter Royalty With Violence In Twitter Rant PLUS Reactions

The “Crank That” rapper triggered the fight when he claimed Chris Brown called him to lash out over him liking one of Karrueche’s Instagram posts. Soulja Boy tweeted:

READ ALSO:   “When You Meet Me Newly, The First Impression You Get Is That I Am Cold" — Nollywood's Chioma Akpotha Says She Is A Shy Person And Only Snubs People She Does Not Know

“Chris brown just called me and said he wanna fight me because I liked @karrueche picture on Instagram this n—a a bitch”.

Soulja continued to fuel the feud by constantly sending provocative tweets at Brown and accusing him of drug use. Let’s not forget he also continued to send more heart-eye emojis her way.

READ ALSO:   I Used To Play Football In The Rain And Swim In The Gutter – Duncan Mighty

“Aye @chrisbrown pull up n—a I’ll knock yo Bitch A– out stop snorting so much coke n—a. FRUITS,” he tweeted.

However, Karrueche played it cool and ignored both Soulja and Brown.

WHAT HAPPENED???? THIS NIGGA SCARED!