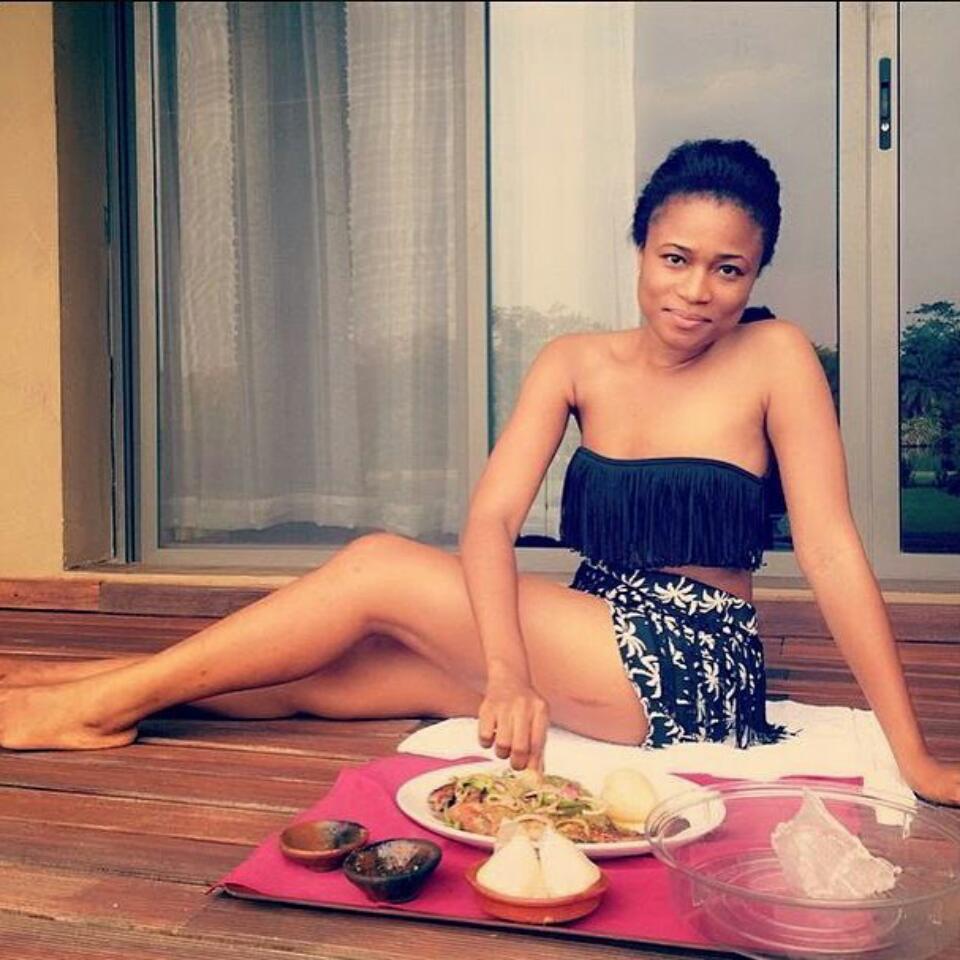 When questioned on whom the new Christabel is, she said, “ … if you have any question just look at the pictures”. This basically means she doesn’t give a f**k. It had earlier whispered, rather loudly though, that the actress had complained bitterly that she wasn’t getting roles anymore. So, this is probably a way of letting people know that she’s still around and would welcome X-rated roles in the movie industry.

It’s gathered Christabel Ekeh was asked if she was alright having isolated herself from talking to people. She answered saying she talks to people if she wants to.

Christabel Ekeh Has Confirmed She Posted All The Nude Photos Of Herself On Instagram, Find Out What She Had To Say

Actor Majid Michel Was Invited To Share The Word of God At The United Nations Stabilization Mission In Congo, Ambassador of Ghana to the DRC Was Present!