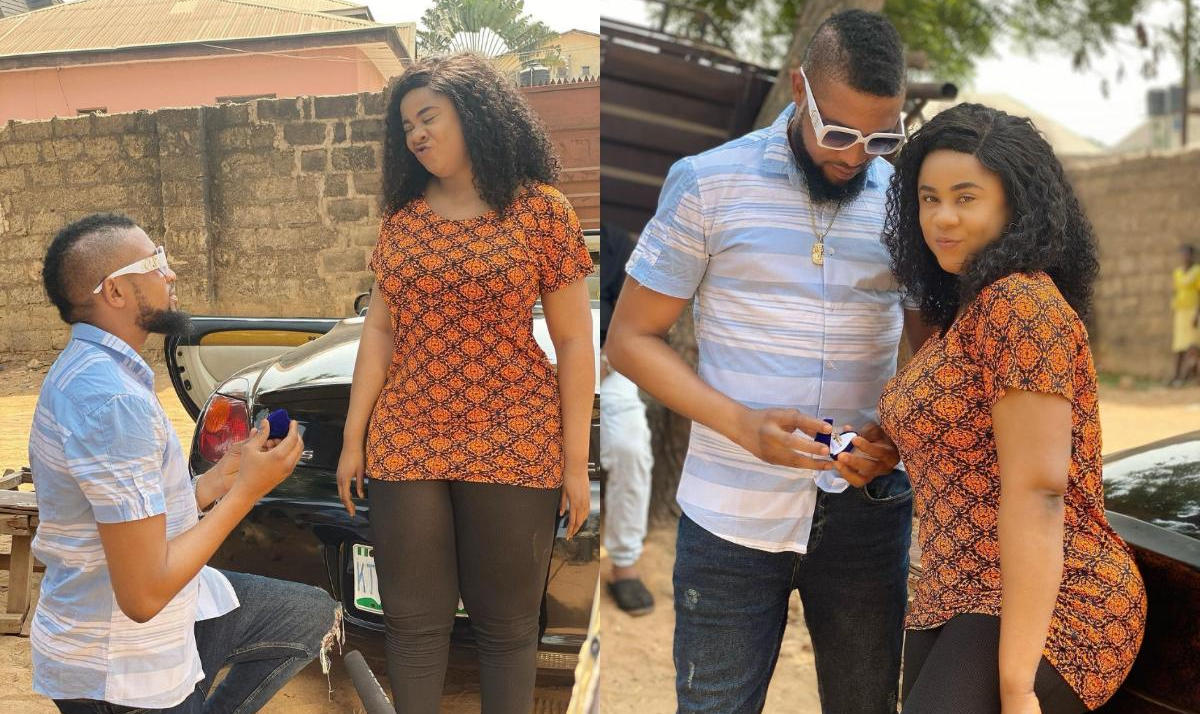 Uju Okoli just shared some awesome photos from one of her latest projects. As colourful as the movie appears to be, her co-star, Badaiki Erom Shaggy, might be in for a tough time as far as love and marriage are what he wants.

His colleague Uju has just told him that she is no longer interested in marriage and that he should come and collect his “cheap ring”.

Unfortunately for Badaiki’s character in the movie, his love interest is not that into broke guys.

“The face you make,When a broke guy is asking for your hand in marriage…. @shaggybes come and carry your cheap ring oo…I no marry😝😝🤪🤪🤪…#inGodwetrust”.

He saw the on set pics and replied, “God go judge you…..see bodyyyyyyyy”.

"God Can Change Your Life In A Second" - Regina Daniels