Courtney “Mafi” Johnson: Journalist Calls Cops On 50 Cent After Rapper Threatens To Cut Him Up And Leave Him With 150 Stitches In Instagram Post 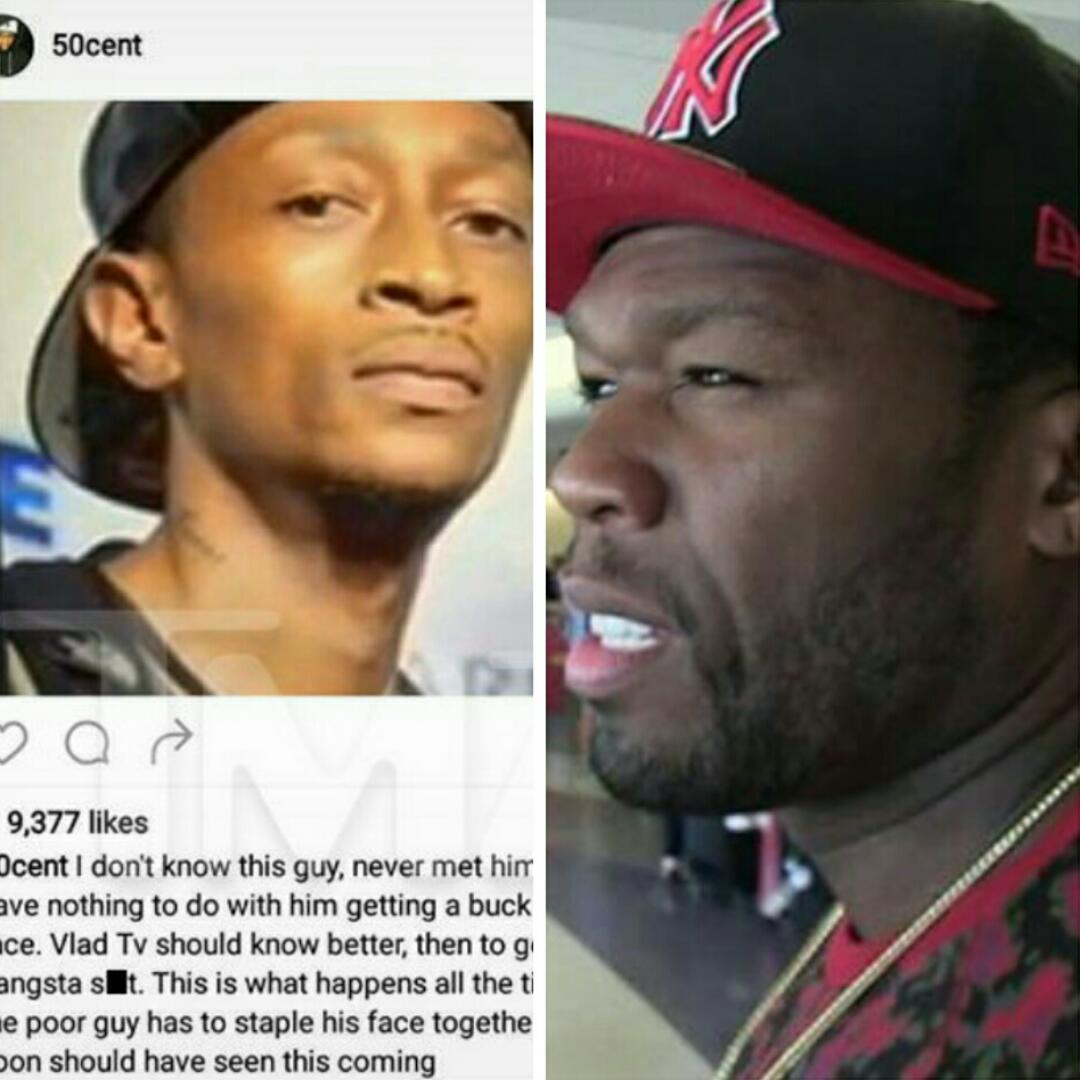 Things are really happening ooh! This time, it’s some ‘gangsta sh*t’ with rapper 50 Cent allegedly making threats on a journalist, Courtney “Mafi” Johnson. It’s understood that the journalist had booked 50 Cent’s baby mama, Shaniqua Tompkins for an interview. 50 Cent threatened him in an Instagram post the next day. 50 posted a photo of Johnson, along with a pretty ominous caption.

“I have nothing to do with him getting a buck 50 in his face … now the poor guy has to staple his face together.”

According to Johnson, he had to call in the police for his own safety.

Sources close to 50 tell TMZ, “50 doesn’t personally know him however he heard that he was assaulted, as a result of the vlad and Jimmy Henchmen interview that mentioned 50. Mafi personally commented on 50’s post, and when 50 saw he was in fact not injured he then deleted the post.”

READ ALSO:   "Man Keep Ya Strong Ass Nose Out My Business" 50 Cent Blasts Nigerian Man Who Questioned Him For Showing Off Only One Son

Local police have since closed the case, but Johnson is meeting with a lawyer to further discuss his options, TMZ reports.

Choi! The thought of being so badly cut up to the extent of requiring 150 stitches as threatened by 50 Cent in an Instagram post really scared the crap out of poor Courtney “Mafi” Johnson.

I Have The Dopest Kids In Africa – Omotola Jalade Declares, Rita Dominic Reacts