David Wing: Teacher Jailed For Trying To Kill His Wife With Machete After She Used Rihanna Song To Taunt Him Over Affair With Another Man 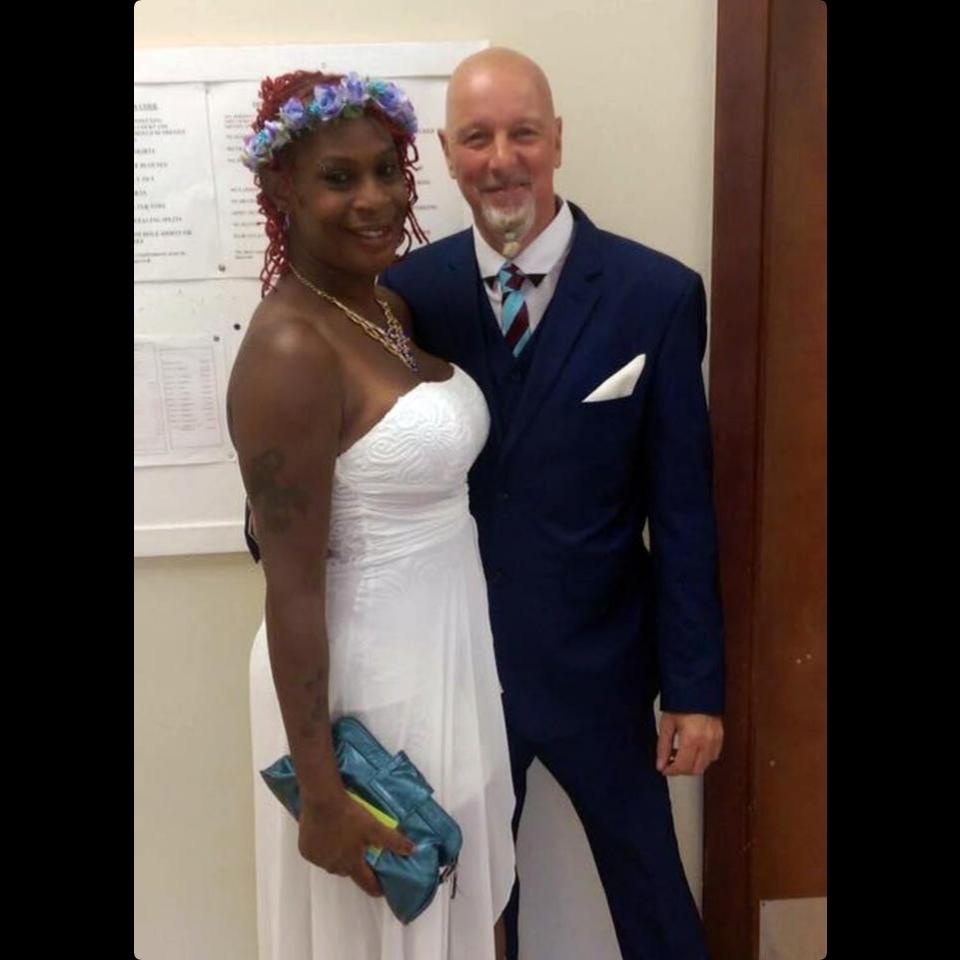 Jealous Rage: “Provoked” Teacher Jailed For Trying To Kill His Wife With Machete After She Used Rihanna Song To Taunt Him

Things are really happening oh! Most times, when people cheat, they keep it on the down low except of course, they desperately want out of that relationship. A man identified as David Wing, 55, has been jailed for 8 years 8 months for trying to kill his wife with a machete after she used Rihanna song Love on the Brain to taunt him. It’s understood his wife, Yvonne, 45, began having sex with their landlady’s son, Don Watkins, 37, only a year after getting married to David.

Cardiff Crown Court heard the relationship with married lover Don Watkins was initially permitted by David. However, trouble started when he read messages between the pair on Facebook discussing plans to run away together.

READ ALSO:   Lady Calls Off Her Wedding After Her Fiance Poured Water On Her Face And Clothes At An Eatery, Is This The Right Decision Or Not?

Wing, from Porth, South Wales, was cleared of attempted murder for the machete attack. However, he was jailed for eight years and eight months by Judge Neil Bidder QC after he admitted grievous bodily harm. Judge Bidder said:

“After discovering your wife was to leave you for another man and after some provocation from her which did not justify any violence, let alone the violence you inflicted, you lost your temper on her.

“You took a long and heavy machete from its sheath and struck her three times with heavy blows.

READ ALSO:   I Used To Be “Queen” Of Auditions And “Wakapass” Roles – Funke Akindele-Bello

“You used a vicious weapon to assault your wife.

“This was a case of repeated assault.

“There was a degree of provocation but none of which justified this type of violence.”

According to the judge, Wing showed “genuine remorse” by his actions to stem the bleeding coming from his wife’s head, performing CPR and immediately calling emergency services. He also added that Wing’s attack was “out of character” having been a well-regarded teacher of autistic children.

Judge Bidder imposed an indefinite restraining order on Wing from contacting or communicating with his wife, warning he could face an extra five years in jail if he breached it.

Prosecutor James Wilson read a victim impact statement from Yvonne. She said the attack had a “big impact” on her life.

READ ALSO:   "T*ts Been Perky, Thighs Been Slaying" — Efia Odo Brags As She Reveals Hating "Wearing Bras Since I Was A Teenager"

According to the statement, the victim had pain from lifting her eyebrows and a numbness on the top of her head leaving her unable to tell if someone was pulling her hair. Yvonne said:

“I feel I need to rewire my brain. The attack made me question myself and it changed me.

“I will have to live with what David did to me for the remainder of my life.”

David Wing: Teacher Jailed For Trying To Kill His Wife With Machete After She Used Rihanna Song To Taunt Him