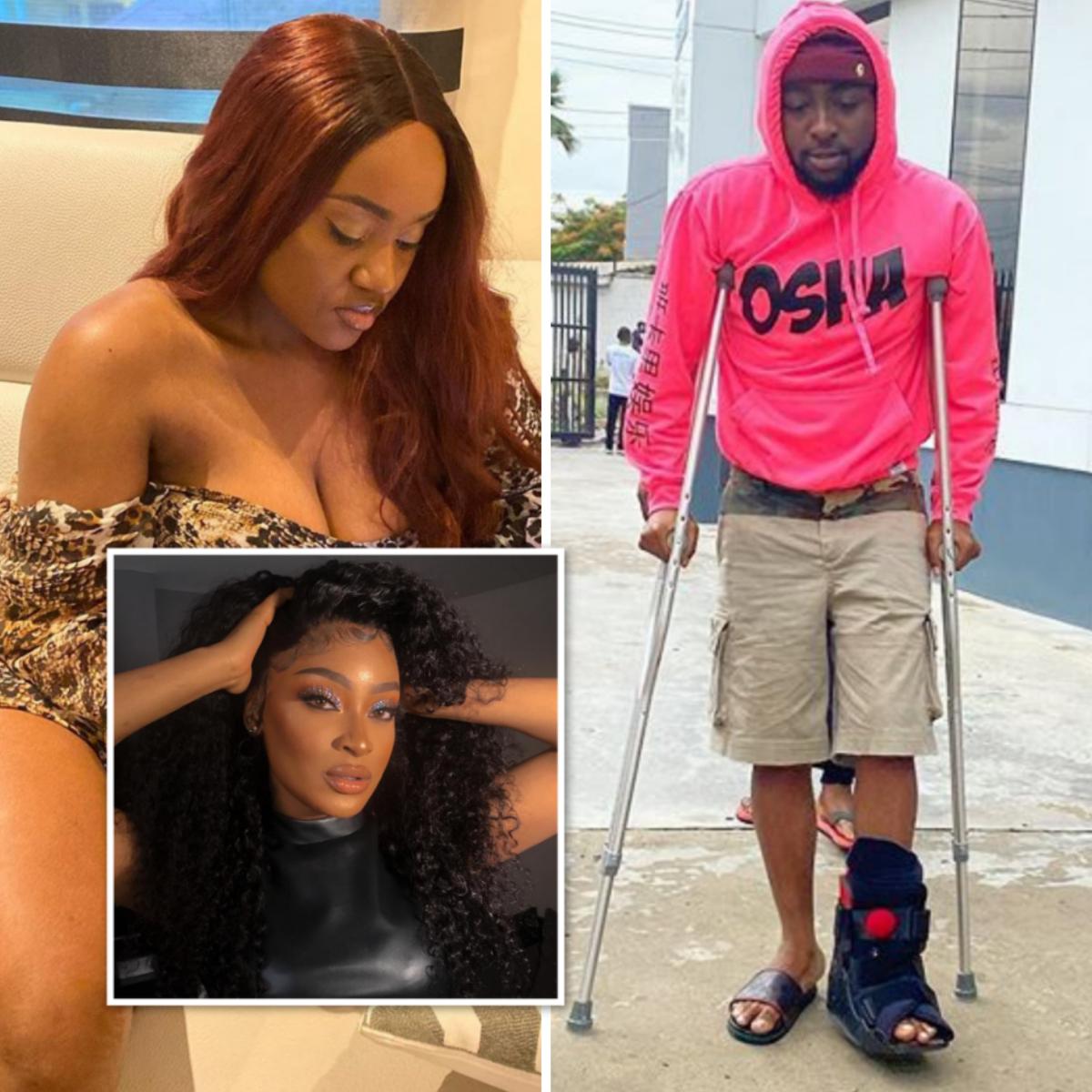 It’s no longer news that Davido has been accused of impregnating a UK-based make up artist, Larissa Yasmin Lorenco (she’s given birth to a baby boy).

It’s understood Larissa may have been in Davido’s life as far back as 2017 as she was spotted in the background of a photo the “Sweet in the Middle” hitmaker took with Cardi B.

READ ALSO:   Nigerian Celebrity News: Watch this Rare Video of 'Konji-Filled' Davido Give Chioma's 'Attack' A Thorough Rub Down While She Sleeps But She Catches Him

Anyway, the alleged 4th baby mama who is also known as Larissa London, is said to have given birth to a son for OBO and this has almost destroyed his relationship with Chioma. In fact, there are unconfirmed reports going around that she (Chioma) may have been the one that broke Davido’s leg after they fought and she pushed him.

If you recall, the singer’s lawyer, Bobo F. Ajudua, shared photos of Davido on crutches.

Kemi Olunloyo had also stated that there was tension between Chioma and OBO and that she has moved out of the singer’s house.

Click Amebo Book for all the latest Nigerian news today!