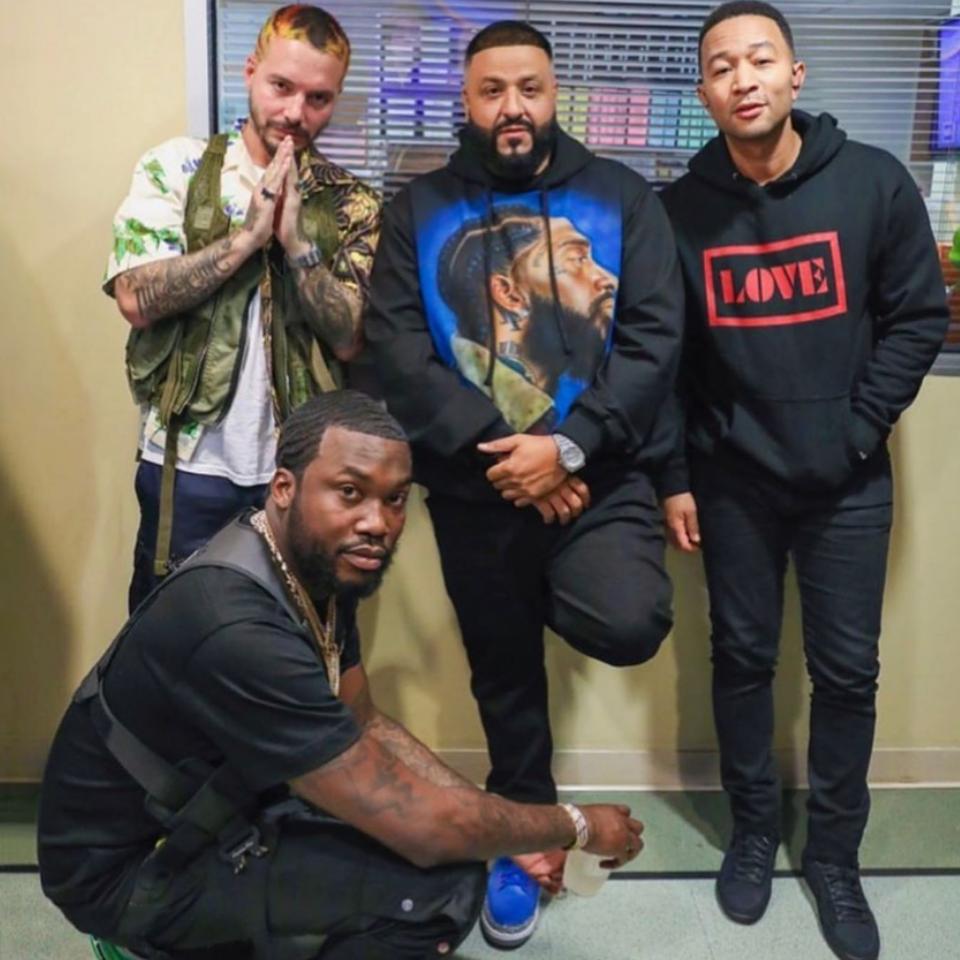 Just before “Saturday Night Live” season finale wrapped up, DJ Khaled had one last message for the audience. The songwriter/producer said:

Khaled was seen rocking a Nipsey Hussle shirt. He took the stage with John legend to perform the song “Higher” in tribute to the slain rapper. This music video which was released earlier in the week, was the last to feature Nipsey Hussle. The track features in the album, “Father of Asahd.” It’s understood proceeds from the song will all go to Nipsey’s two children. Khaled wrote:

“The very title of the song reminds us that vibrating on a ‘Higher’ level was the essence of Nipsey’s soul.”

READ ALSO:   Hiphop News: Cardi B And Meek Mill Just Won The #AgeChallenge - "Me Throwing Up When I"m 80"

“It is in this spirit, of moving forward, or preserving his mission that I, my co-writers, producers and label partners are donating 100% of all our proceeds from ‘Higher’ to Nipsey’s children, Emani and Kross.”

Such a dope moment snl had here. Rip Nipsey pic.twitter.com/4xw8tKheFE

READ ALSO:   Nigerian Celebrity News And Gossip Today: Watch SteffLon Don Flow In Yoruba While Performing At A Show, Looks Like Burna Boy Did Some Magic

Khaled who was making his first appearance as an ‘SNL’ musical guest, and Legend were joined on stage by other artists like Lil Wayne SZA and J Balvin.