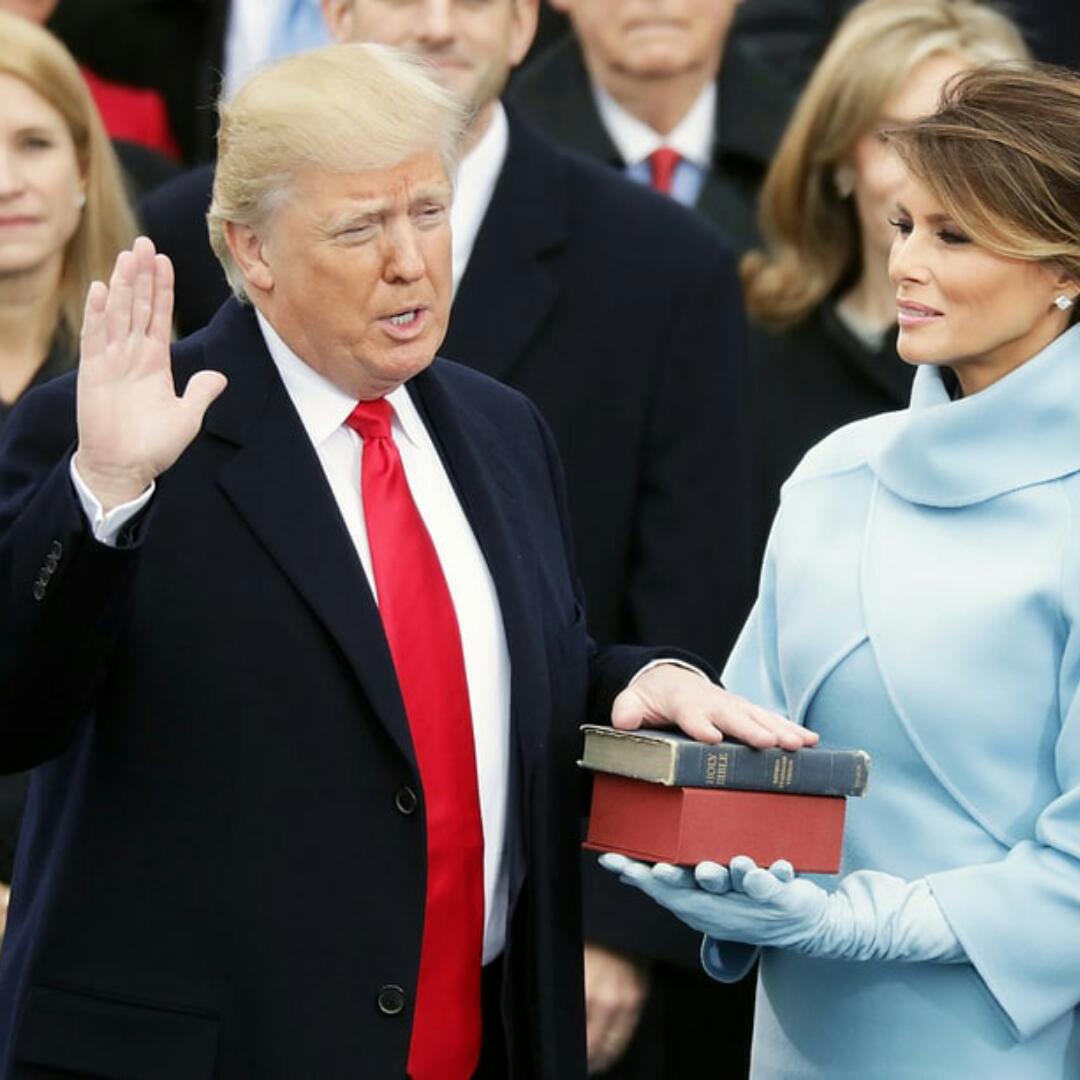 Donald Trump Sworn In As 45th US President

Former reality television star and billionaire business man Donald Trump has been sworn in as the 45th president of the United States and has promised to put “America first.” He took the oath of office from Supreme Court Chief Justice John Roberts.

“This is your day. This is your celebration. And this, the United States of America, is your country,” Trump said. “The oath of office I take today is an oath of allegiance to all Americans.”

“Every decision on trade, on taxes, on immigration, on foreign affairs will be made to benefit American workers and American families. We must protect our borders from the ravages of other countries making our product, stealing our companies and destroying our jobs.”

Watch Donald Trump being sworn in as 45th US president.

Trump was sworn in using two Bibles, the one used by Abraham Lincoln at his first inauguration and his own. It’s understood that his mother had given him his personal Bible shortly before his ninth birthday.

READ ALSO:   Aww...This Couple Celebrated Their 70th Wedding Anniversary After Their Granddaughter Helped Re-enact The Wedding Pictures They Never Had

According to NBC/Wall Street Journal polling, Trump is the most unpopular incoming president in recent memory, as only 38 percent of Americans view him positively and 48 percent view him negatively.

You can watch Barack Obama and Biden arrive at the U.S. Capitol for the #Inauguration of Donald Trump below.

President Obama and Vice President Biden arrive at the U.S. Capitol for the #Inauguration of Pres.-elect Trump. https://t.co/2moHOZYdVL pic.twitter.com/8uoHvyDzIk

Watch Donald Trump being introduced at the United States Capitol​ for his #Inauguration.

President-elect Donald Trump​ is introduced at the United States Capitol​ for his #Inauguration. #Trump45 pic.twitter.com/LafFC8Aj9Z