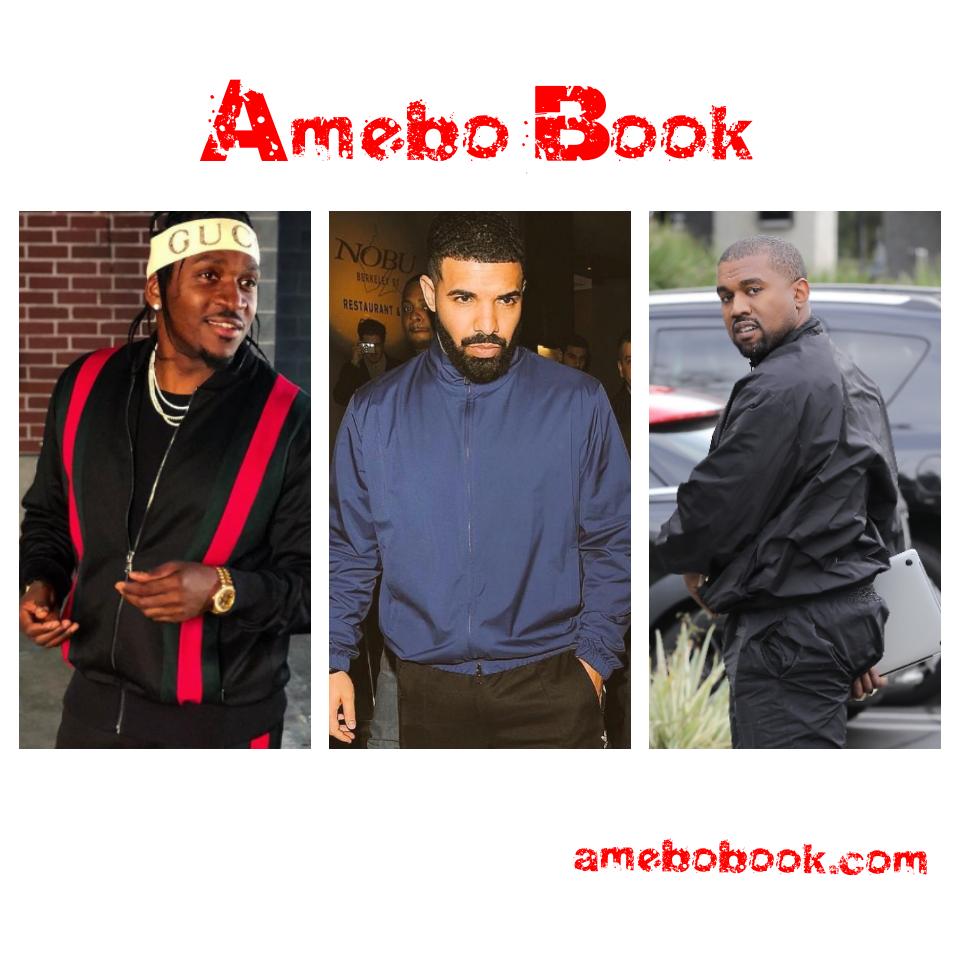 Listening closely to his new Daytona album, it appears Pusha-T disses Drake and his alleged use of ghostwriters. He raps on “Infrared”, “Your hooks did it/The lyrics pennin’ equals to Trump’s winnin’/The bigger question is how the Russians did it/It was written like Nas but it came from Quentin.” However, this didn’t go down well at all with the OVO Sound boss and so he responded. In fact, Drake lyrically murdered Pusha-T and Kanye West on his new song, “Duppy Freestyle”.

Drake begins on “Duppy Freestyle” by calling out Pusha-T and Kanye. He blasted, “If you rebuke me for working with someone else on a couple of V’s, what do you really think of the nigga that’s making your beats?/I’ve done things for him, I thought that he never would need/Father had to stretch his hands out and get it for me.”

Make no mistake in thinking Drake didn’t mention any names. He called Kanye by name “Tell ’Ye we got an invoice comin’ to you/Considering we just sold another 20 for you.” He goes on to attack their G.O.O.D. Music label. “You’re not even top 5, as far as your label talent goes”. The diss didn’t end there. Drake mocked Pusha-T rapping, “You might’ve sold some college kids some Nikes and Mercedes/But you act like you sold drugs for Escobar in the ’80s”.

More was to come from the rampaging rap genius, Drake. He called out Kanye and Pusha-T for allegedly not supporting Virgil Abloh. He flowed, “I could never have a Virgil in my circle and hold him back, ‘cause he makes me nervous/…You niggas leeches and serpents”

READ ALSO:   You Are The First Suspect If Anything Happens To Me Or My Family — Kanye West Accuses Drake Of Threatning Him In Explosive Twitter Rant

AND the big one!

Drake uploaded an image of an invoice addressed to G.O.O.D. Music/Def Jam. He had billed them $100,000 for “promotional assistance and career reviving.”