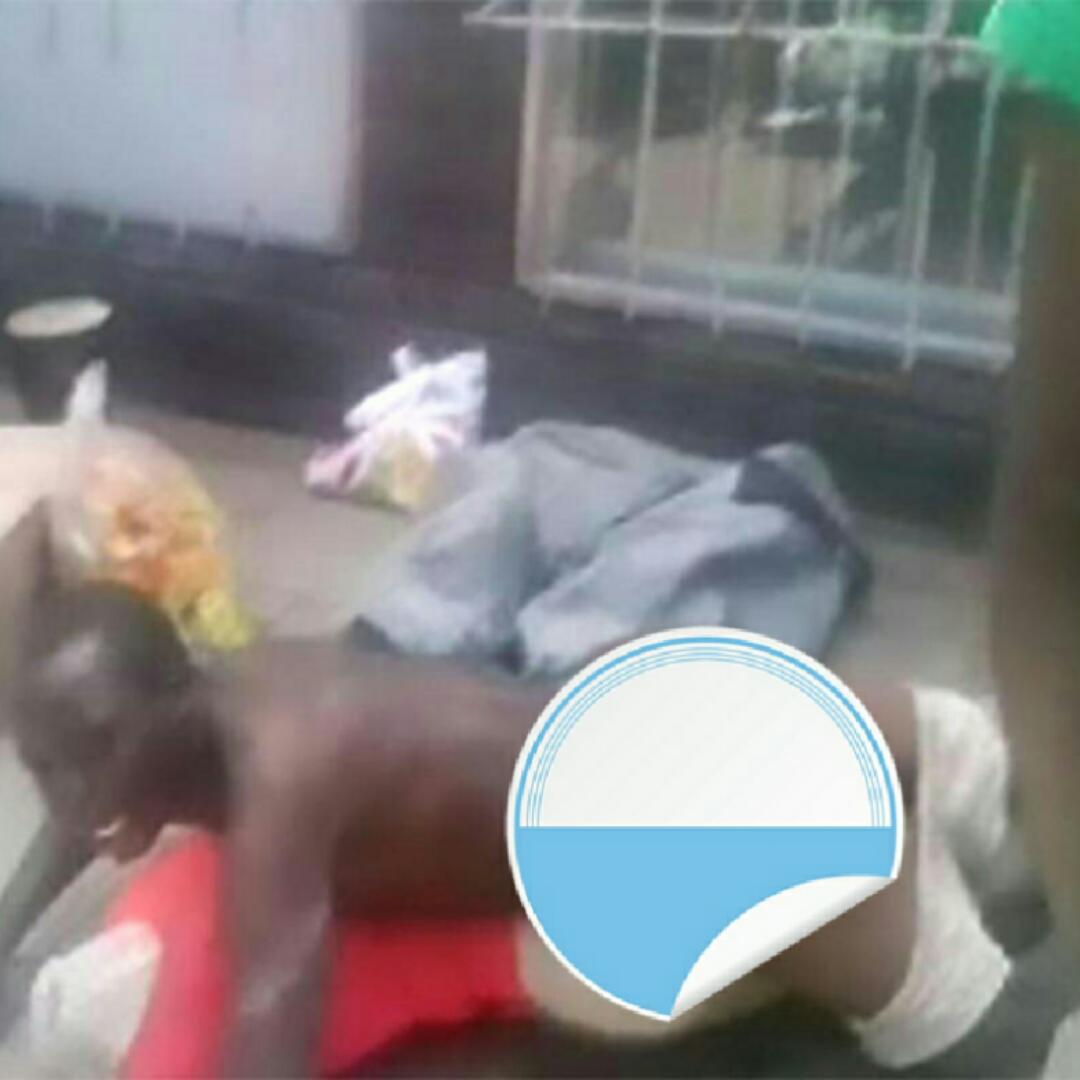 All is not well in the lives of some and sadly, in the life of a drunk man who was caught moaning while having sex with a shop mannequin in broad daylight. It’s understood the drunk man stripped off the doll, pulled down his knickers and proceeded to pound on the doll sexually at a flea market in Bulawayo, Zimbabwe.

According to reports, the man had been drinking at a nearby hotel when he left to walk through the market. It was then he spotted the mannequin, he then grabbed it, stripped it off its clothing and had sex with it while moaning uncontrollably all the while not minding that his bare bottom was left waving in the air. It wasn’t long before a crowd gathered to take photos of the show of shame which was unfolding before them.

According to one of the traders at the Egodini market, identified as Mbuso Moyo, the man was making loud groaning noises during the act. She said:

“What amused us is that he was making movements as if he was having sex with a woman. After reaching orgasm he stood up and threatened all the people who had gathered to watch him. The crowd dispersed when he started shouting but some women made comments about the size of his manhood. Some were joking, saying he has a pipe and such a person is dangerous in bed for women.”

INCREDIBLE! Tanzanian Girl Swallows A Condom With Her Nose And Retrieves It From Her Mouth