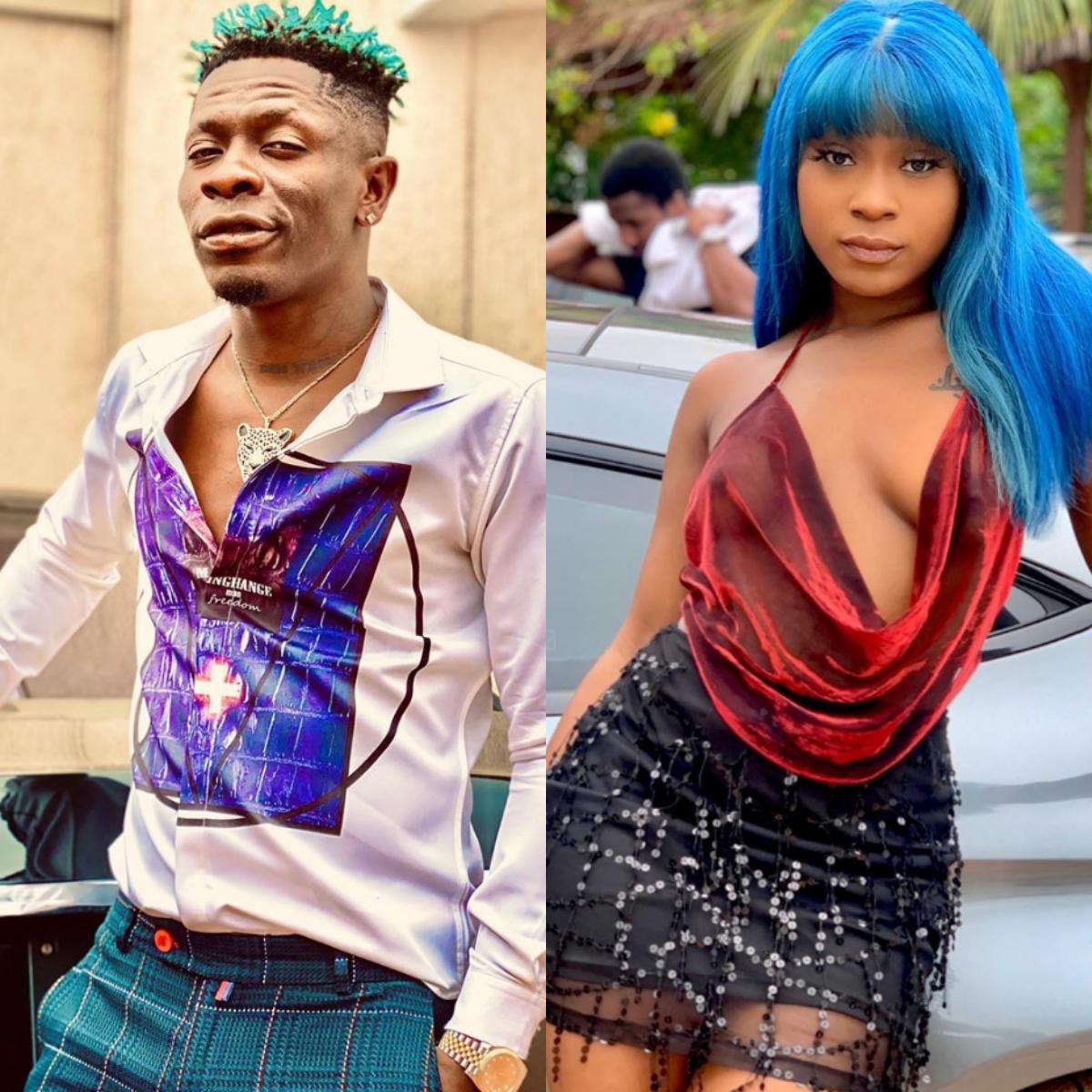 Charles Nii Armah Mensah Jr., popularly known as Shatta Wale, has just disclosed on Instagram that Efia Odo is his bestie for life. Both Ghanaian celebrities are known to be close buddies but they’ve fallen out a couple of times publicly on social media.

One of their squabbles was over wine with Efia calling Wale a “thief”, “evil” before going on to tweet, “God will punish you”.

Meanwhile, they are both known to be one of the most popular and greatest “friends with benefits”. If you recall, photos leaked some time back showing the Ghanaian “Dancehall King” in bed (an entanglement) with the actress. Word on the street suggested he had ruthlessly been tormenting Efia with his destructive “third leg”.

READ ALSO:   Sarkodie Speaks For The First Time Since His Accident On ‘Kumasi Agogo Road’

The caption to the provocative photo of the actress he shared on his page reads, “Don’t get it twisted .. She is my bestie for Life ❤️ @efia_odo”.

Amebo Book can only imagine what they do to strengthen this their friendship. Anyway, Odo saw the post and hit the comment section. She wrote, “Anyone else is just temporary”.

Let’s also keep an eye on Broda Shaggi as the Nigerian might have his eyes on “E F I A 💙”.