Enitan Marquis: Read On How A Lady Was Robbed And Stabbed Inside Her Car At Apogbon Bridge In Lagos [Photos + Video] 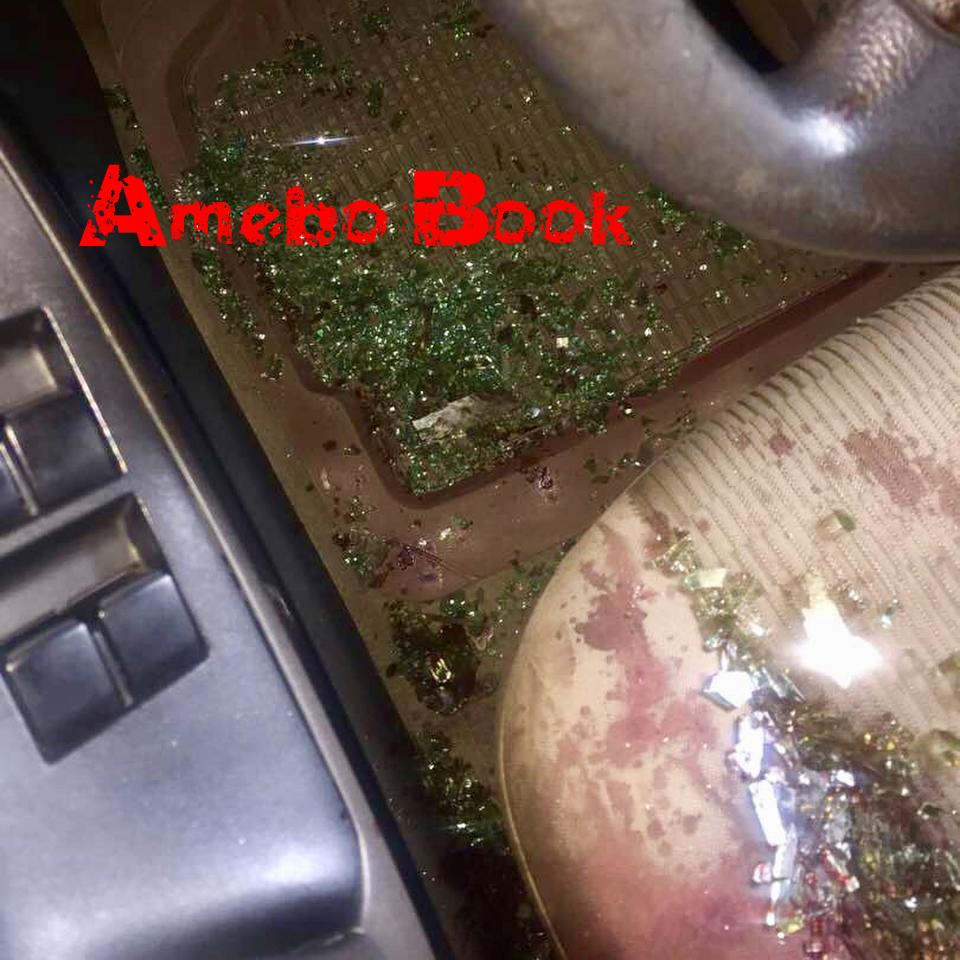 Enitan Marquis: This Lady Was Robbed And Stabbed Inside Her Car At Apogbon Bridge In Lagos

Nigerians usually approach the ’ember months’ with great caution and that’s because a lot of crime and loss of lives take place during this period. Armed robbers who want quick Christmas money to take to their villages, attack innocent citizens while for whatever reason, accidents multiply. One Enitan Marquis has an experience to share. You are about to read on how the lady was robbed and stabbed inside her car at Apogbon bridge in Lagos.

“I wasn’t going to post anything about the incident but I saw that something similar happened to another lady recently and awareness needs to be raised – so people can be even more vigilant, and solutions can be sought.
I was driving from VI to Surulere at about 8.30pm on Monday 16th October. I had just driven past Apongbon when I got into heavy traffic. I noticed two men approach the drivers side of the car in front of mine, but the driver was able to swerve away from them. I sensed something was wrong, so I tried to do the same, but was unable to cross to the other lane due to the traffic. The two men walked past my car, I then looked in my rearview mirror and saw one of them look back at my car, and then he turned around and walked back towards me.

Everything happened really fast – he approached my window, smashed the window and started stabbing my arm, saying “give me your phone, give me your bag”. I was in shock, terrified and stuck in traffic. I couldn’t drive anywhere. I gave him my phone, he continued stabbing my arm. I gave him my bag, and he still continued stabbing my arm.
At some point I was able to drive off, or he ran away (I can’t remember which happened first). I was disorientated, scared and was driving quite erratically, hitting other cars trying to get someone’s attention. I was screaming for help as my arm was bleeding out. I kept screaming to the other drivers “Help me! I’ve been stabbed”, they just looked, no one helped.
Eventually I rammed into a car in front of me, the man came out of his car, saw the state I was in and proceeded to help me. I can only describe him as being God sent. Out of everybody who was in that traffic only one man took it upon himself to help… I was stabbed 9 times in my arm – for a phone and handbag.

READ ALSO:   Michael Roberson: Tennessee Man Used His Bare Hands To Rip Out His Baby Mama Eyes Then Left Her Lying Face Down Next To Her Eyeballs In Worst Case Domestic Violence

We always hear that the ’ember months are dangerous, but Lagos State, Lagos Police, WHAT IS BEING DONE to prevent these incidents? WHAT IS BEING DONE to reduce the ridiculous traffic that are breeding grounds for these incidents? And people of Lagos, myself included, WHAT ARE WE DOING to be better?
All Glory to God that I’m able to tell this story and testify of His goodness, divine protection and mercy 🙏🏿”.

READ ALSO:   I Can't Be Kept Down. I Am Strong, Resilient, Confident And Determined - Tonto Dikeh Gives Reasons Why She Will Win Ex-husband, Olakunle Churchill

Lady Was Robbed And Stabbed Inside Her Car At Apogbon Bridge In Lagos, Read What Enitan Marquis Shared

Jollof Is Bae: Here's Tonto Dikeh Cooking And Serving Rice To Help Feed The Poor, She Worked Alongside Kokun Foundation To Achieve This [Photos + Video]