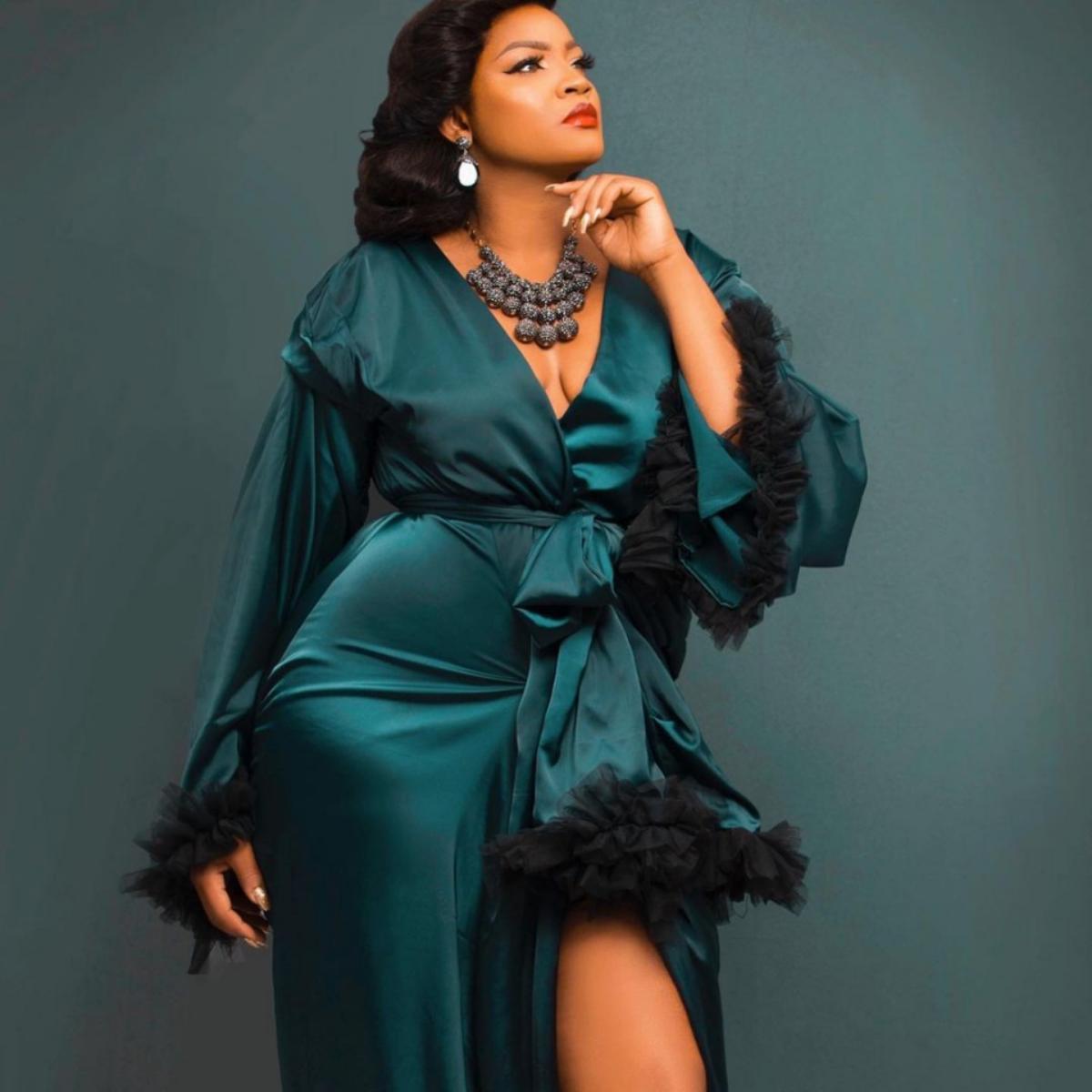 Omotola Jalade remains as fit as a fiddle despite giving birth to several children. The ageless Nollywood actress shared a photo of herself on her Instagram page yesterday, January 18, which attracted compliments from her fans, friends and colleagues including Rita Dominic, Van Vicker, Monalisa Chinda, Toke Makinwa just to mention a few.

However, it was a certain businessman identified as Onyekachi Okereke with IG username, kingofgoodtimes1 , who noted how lucky Omotola’s husband Capt. Matthew Ekeinde is for having her as spouse.

In fact, the fan praised the actress for looking so stunning despite giving birth to several children.

READ ALSO:   I Am Redirected To Something Better Everytime I've Been Rejected - Bimbo Afolayan

“Hmmm this woman your husband lucky ooo, even after dropping several children you still look like day one”.

Veteran Nollywood actress Omotola Jalade has clapped back at Instagram “faceless blogger” Gist Lovers after she was accused of having a relationship with Nigerian politician, Adams Oshiomole.

READ ALSO:   Headlines Today Breaking News: Memphis Man Hit On The Head With Hammer After Allegedly Hitting On A Woman: 'It Didn’t Even Hurt At First

'You Are A Gift To Mankind' - Rachael Okonkwo Tells Ebele Okaro