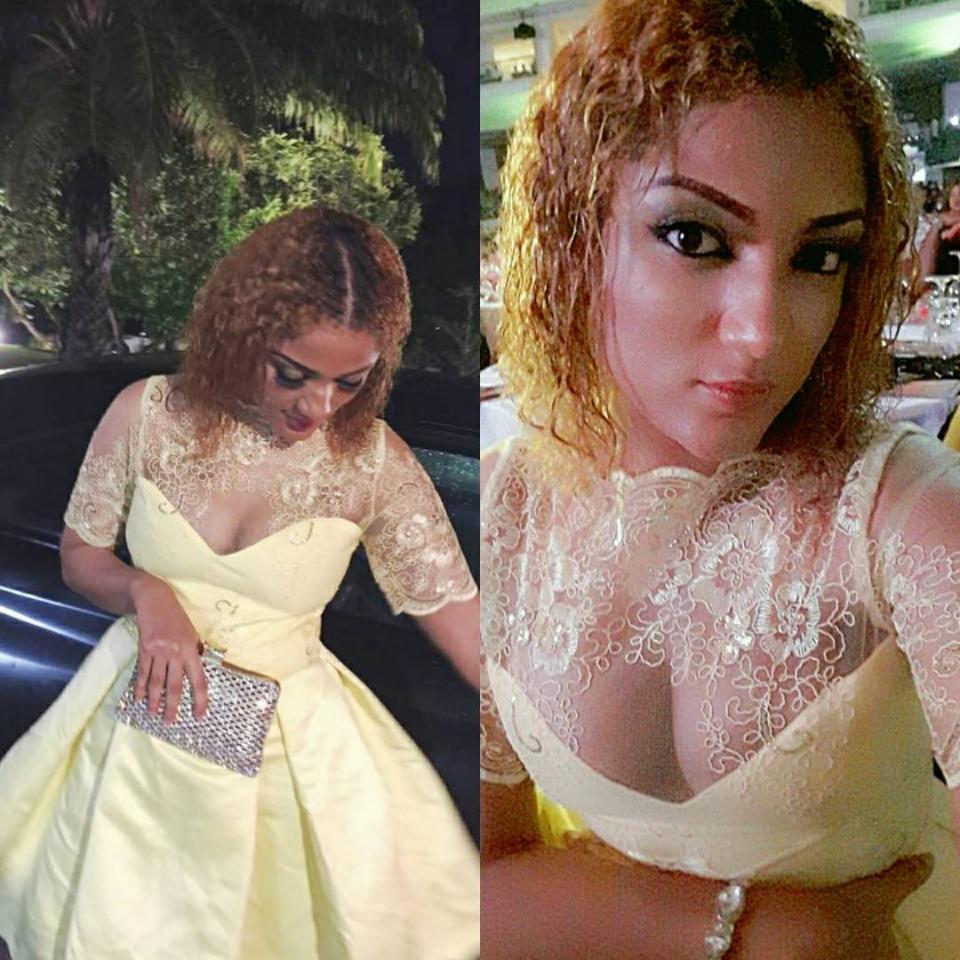 ‘I quit my job in Ghana because my boss asked for sex’ – Ex-housemate, Gifty Powers bares all in new interview

Gifty Brian Onyechukwu Ajumobi popularly known as Gifty powers, left her job in Ghana because her boss asked for sex. The 24-year-old actress in an interview with NewTelegraphOnline, spoke on her humble beginnings and how she achieved fame.

Read Gifty Powers NewTelegraphOnline Interview for yourself below:

After these past months, if your mind races back to that time, what kind of feeling do you get?

What crosses my mind anytime I think about that experience is how fun it was, although at a point it was quite challenging. When I actually sat down and reminded myself of who I actually am, I adjusted myself to reality and decided to win every task. It was quite fun. That’s how I would describe Big Brother Naija2.

As a matter of fact, I cherished everyone then and I still cherish them. I had and still have no special person that I actually set my mind on. Everyone was so special to me.

I bonded with everyone, if you actually watched it closely. I related with everyone and I did stuffs with everyone down to ladies and the guys because I saw everyone as family. I said to myself that what I could do in my own house like bonding with family, let me just bond with them too.

Before Big Brother Naija, what were you doing?

Could you recall the names of some of the movies that you’ve done that are popular?

How did you get into the movie industry?

It was just by luck. I didn’t go for any audition. I actually told this story to the housemates when I was in the house. I drove out with a car that belonged to a friend of mine. So there was this guy, I didn’t know he was a producer. I was actually on my lane and then, his car dented the vehicle I was driving.

I got down and was trying to tell him that he was wrong. I was trying to stand on my right and he said, ‘I like the way you talk. Are you an actress?’ Then, I retorted, Oga, I’m not an actress. This car is not mine. It’s my friend’s car.

You need to re-paint and all that. He said we’ll see what to do about that and gave me his card and said he is a producer. He said he had produced a lot of movies and “I want you to play the lead role of my movie that I’ll be shooting in a few days.” So, I got interested. I called him and he directed me and I got involved in the movie. I’ve forgotten the name of the movie. That was in 2011 or 2012.

What’s the name of the producer?

I can’t remember. That was the first movie I shot. After that first movie, it took a while to get used to the industry.

What memories do you hold of growing up and having men run after you? What’s the most dramatic experience you’ve had?

After my step father passed away, things were a little bit tough. I’m a strong woman. I remember I asked my aunty for money for school fees and she denied me the money. This was someone who was a multimillionaire. I found it very difficult to forgive her.

I haven’t said this in any interview and I think I feel relieved saying this. So, I told my mum that we were not going to ask anybody for any favour. We were going to do this on our own. When I was schooling at the University of Ghana, Legon, I was working as a receptionist and I was getting a lot of stupid offers to the extent that the CEO of the company wanted to sleep with me but I didn’t allow it.

I actually had to drop the job because I couldn’t give what he asked for. My mum had to go to friends to give them what they sold then she could put her profit on them and that was how things were.

There was a story that you were once married and you quit your marriage. What really happened?

All what I can say is that I was 19 to 20. I was quite naive. I didn’t know what to do. I wanted to do what other girls were doing; get married, flaunt rings and all that. What matters is that I’m a survivor. I’m strong and I’m standing and I have a name.

What are your plans, after Big Brother?

As it stands right now, I’m still in the entertainment industry. I’m still modeling. I’m still acting. And I’m open to bigger endorsements and bigger jobs. Right now, I have intention of doing something for widows because my mum has been my inspiration.

She is my strength. It has not been easy trying to cater for four children. I’m the second child, but first girl child. She has been my strength, so I said one day I would try and start a foundation that has to do with widows. I’d use the platform to tell them that even if their husbands were dead, they could still survive.

What are the qualities you want in a man?

First of all, I want a very God-fearing man, intelligent and brilliant. He has to be handsome, respectful and humble.

What if he’s not rich?

The man needs to be comfortable. That’s a must. It’s a must I marry a man who is capable of taking care of his family. I want a man who can fill that space of a responsible man.

Elizabeth Wangui Mathenge: Photos Of 20-Year-Old Kenyan Lady Who Offered Man She Met At Nightclub Chewing Gum Laced With Drugs Then Stripped His House Of Valuables

Nigerian Celebrity News: Former #BBNaija Housemate, Gifty Powers Says She Proudly Eats The Food Her Daughter Unknowingly Pees In – “I Stan As That Kind Of Mother”

After Receiving Strong Negative Reactions Over Post Which Suggested Davido And Chioma Relationship Was Fake, Gifty Powers Denies It Was About Them

Gifty Powers Thinks Davido Is Putting Up A Show With Chioma, Says Nobody Takes Him Serious Because He Is A Womanizer