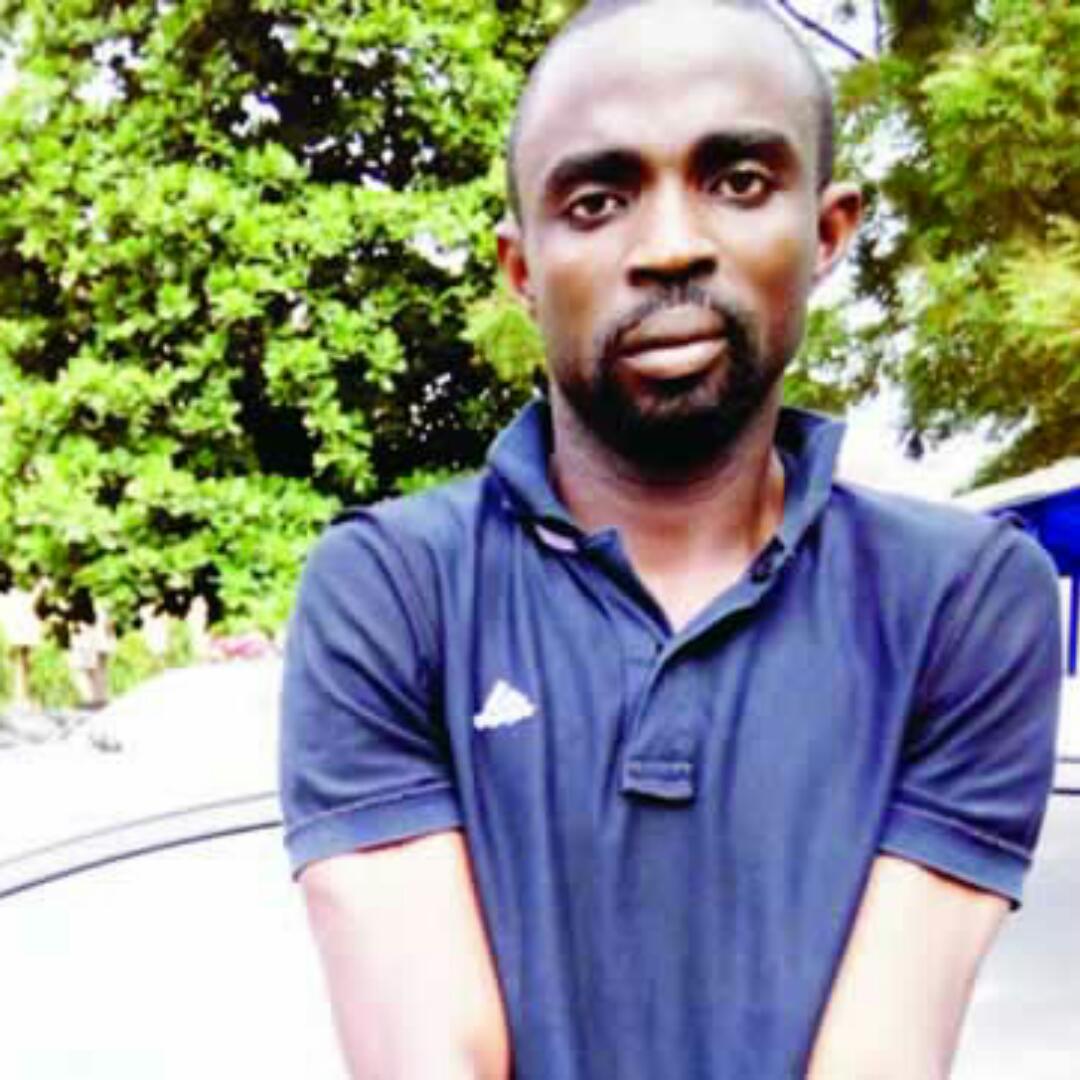 An ex-convict identified as Michael Atanda, 35, has been arrested by the Lagos State Police Command for threatening to expose the nude pictures of four women he met on Facebook unless they paid money into his bank account.

Atanda who was arrested by operatives of the Rapid Response Squad on Thursday, was arrested and charged to court in 2015 for defrauding a woman of N700,000. It’s understood Atanda who is a National Diploma holder in Computer Science from an institution in Lagos, allegedly blackmailed and extorted N121,000 from the four women.

Atanda who operated under the fake name Segun Bayo, would add several ladies to his Facebook account then begin chatting them up two weeks later. He said:

“The picture on my Facebook account showed a young man, who was based in London. As part of my introduction to ladies, I told them I was a construction engineer and that my parents lived in Europe.

“After some time, I would lure them into sexual conversations during which I persuaded them to send their nude pictures to me. They usually sent the pictures.

“I usually pretended that I was interested in a serious relationship with them, and that very soon, I would be coming to Abuja on a business trip, during which I would see them.

“I also had some computer software that transformed my Nigerian telephone line into an international line.

“As soon as they had sent their nude pictures, I would come up with all manners of stories and I would begin to blackmail them.”

The suspect has also admitted to extorting N121,000 from his latest victims. He said:

“As soon as they sent their nude pictures, I blackmail them. I have collected N121,000 from my latest victims.

“It is true that I was jailed last year after fraudulently collecting N700,000 from a lady I met through a dating site. The case is still pending in court.”

According to the police, Atanda had 210 friends on his Facebook page, and over 195 were young ladies. It was one of the victims identified simply as Lizzy who exposed Atanda and reported him to the police. During investigations, the other three victims were discovered. The ladies also said they paid the suspect si that he wouldn’t leak their nudes online.

SP Dolapo Badmos, the Lagos State Police Public Relations Officer, disclosed that the police would carry out a thorough investigation into the case.

“The suspect has been transferred to the State Criminal Investigation and Intelligence Department, Yaba, for further investigation.

Right Or Wrong: See The Tribal Mark On This Baby's Face All In The Name Of Tradition

Vott Lowe: Woman Has Gone Viral After Her Facebook Post Shows Her Appreciation For Her Son’s Father’s Girlfriend

Billy Willson: Student Drops Out Of Kansas State University With A 4.0 GPA. Guess His Reasons?