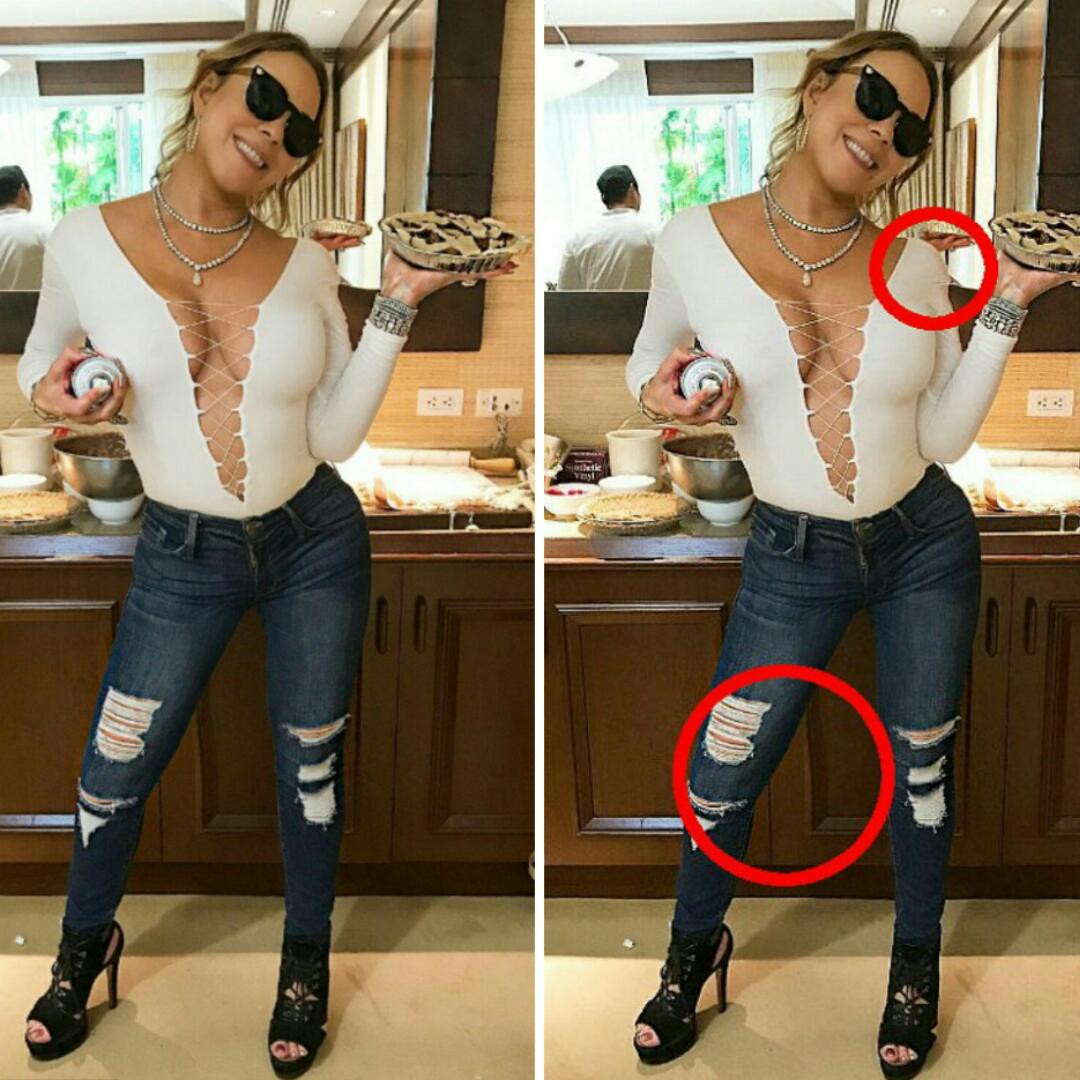 Mariah Carey isn’t shy when it comes to flaunting her body. However, things went horribly wrong for the 46-year-old singer when her eagle-eyed fans spotted she had photoshopped a saucy selfie on her social media.

Fans of the Heartbreaker hitmaker, noticed the daring image of the singer holding a pie in a plunging bodysuit was off. They noticed Mariah’s left arm and shoulder appeared to be somewhat warped in the pic along with the mirror behind her being noticeably curved.

Also, it appeared in between her legs were altered as the cabinet behind her seemed to be curved, suggesting the snap had been touched up before being uploaded.

The singer had shared the photo with her 4.5 million followers, which she captioned with hashtags ‘festivating’ and ‘happythanksgiving’.