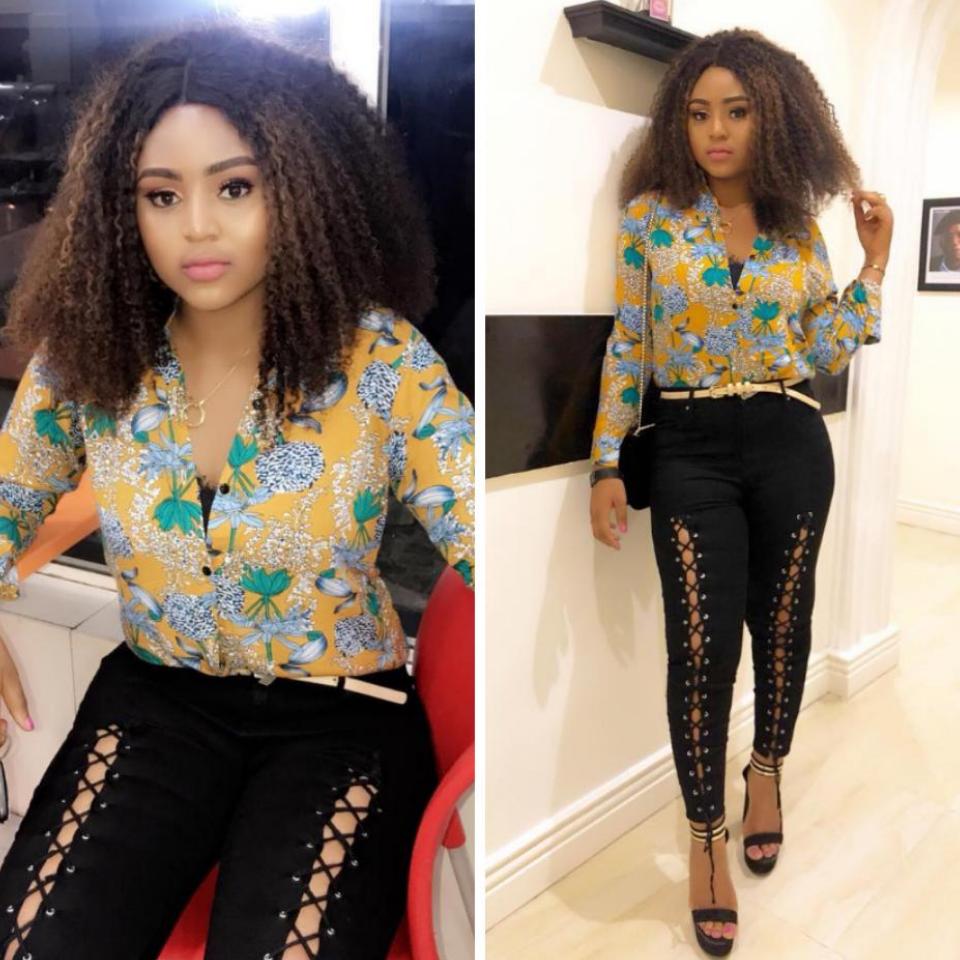 Every year, Regina Daniels celebrates her 16th birthday, according to her fans. However, they are getting tired because the Nollywood actress has been fixed on 16 years for quite some years now. To make matters worse, she challenged her older fans who called her ugly, to bring their photos when they were her age. She wrote:

Some of Regina’s fans following her progress, said her official age on Google states she’s 17, born October 2000. While some fans who were younger than the actress when she first clocked 16, are baffled they are now older than she is.

“I remember the first time I carried this Big Baby of mine….Mum is what she calls Me and Yes,She is my Child…..@regina.daniels
Happy 16th Birthday Princess …..You are so sweet,Respectful and Hard working….Aunty Rita, you did a great job here…LLNP…..party loading ……”

You can confirm this here.

Read some more comments below.

therealliams: “Every year na 16 NNE calm down na rush them they rush you!! Sweet 16”

liljoekentix: “Beauty is determined by the heart, not the face.”

sharon_flosha: “@regina.daniels you have be in 16 years since 2016 still yet you are older than your age, and you are proud of being 16 years, issorit continue deceiving yourself maybe next year you will turn to 15 years”

nwogafavour: “@ regina.daniels My dear u fine oo but I do ask my self, is der any ugly lady DAT still remain same even after make up..?.No, u being 16,10,30 has ntn to do with us…y nt concentrate more on ur life so people can see u as der role model than waisting ur time showing off here, even bigger celebrities don’t shows dem self’s dis much and cheap before we appreciate dem.”

READ ALSO:   Nollywood Actress Omoni Oboli Has Been Accused Of Feminizing Her Son After He Was Pictured Frying Puff Puff

zoedracks: “Do you have death threat entering 17”

prechy_prechy1: “@regina.daniels have you seen @kirachaana ? she’s cute as fuck,but she doesn’t boast with it,we do the boasting for her…yes i know you are cute but you don’t need to announce it at all..people wey fine pass you never boast..not everybody is privileged to have the stuffs u have now,nobody is born ugly…so take a chill pill”

kizitoofoegbu03: “I can’t really understand this am not really a fan of this Regina girl buh i do hear people say 16years old every now and then am beginning to wonder if she now an immortal or that u can’t age or u are afraid of old age my sister u can’t be fresh forever u will still shrink and become old keep claiming sixteen nonsense”

nashyblanche: “U r very pretty bb girl,let’s face fact here,but pls move on with ur age 16 is not ur limit I guess”

exboy_noni: “You and this 16 ehn, wit dis your lie, the slap wey go land on your face is coming from Zimbabwe”

hrm_madam_beauty: “Are still 16 ni you this gal”

preshhrobcolletion: “Plz d last time I checked u were 16 when I was 14 now am turning 20 u re still 16 omo the tin tire me ooo”

ogevivian86: “Hey gurl,i put it to you that you are 18 this year whether you like it or not.”

ezinneonanike: “Person dey fear to add to her age,instead of you to thank God cos is not easy to clock another year.”

Nollywood Actress, Belinda Effah, Celebrates Mother Who 'Constantly Makes Sacrifices' For Her As She Adds Another Year [Photos]