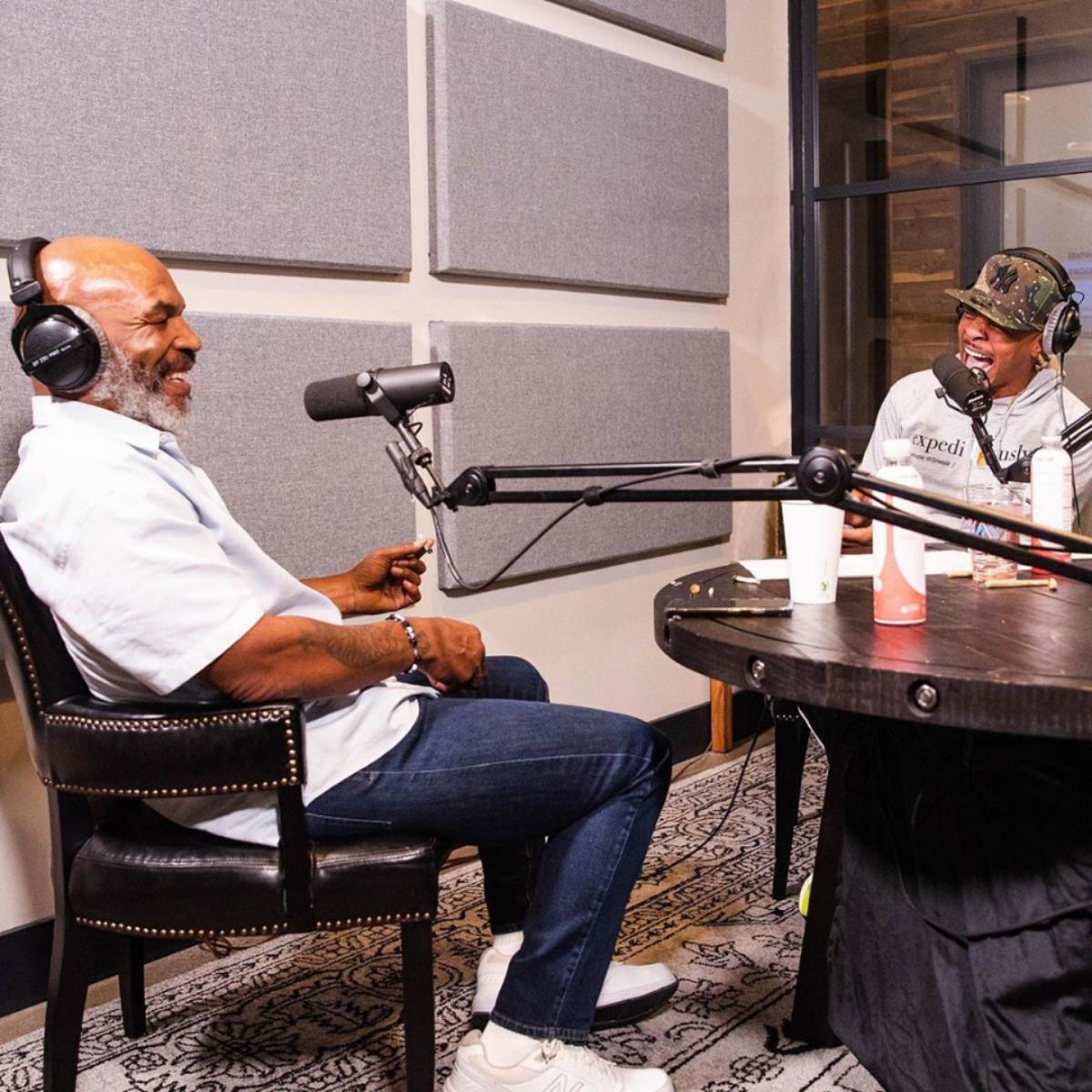 Boxing icon Mike Tyson, recently sat down with T.I. for his ExpediTIously podcast and spoke about race and his children. The father of eight also touched on how married life changed his personality and sense of purpose.

Tyson who has been married to his third wife, Lakiha Spicer, since 2009, says she made him a faithful man.

“She swooped down on me, and told me, ‘This is what we’re gonna do,’ and that’s what happened,” Tyson revealed during the podcast. “That’s why I believe in what I believe in now. ‘Cause there’s no way this could be happening. There’s no way I could’ve been married to my wife. I’m not faithful enough. I’m just not that kind of guy. I don’t care about nothing enough more than my d**k, so how am I gonna be faithful to somebody? But it worked! I got ten years with her.”

He also says the way he views other women has changed.

“I look at them as the half. It makes me realize that I’m a man,” he said. “And at this stage in my life, they’re my teachers. If a man doesn’t have a little bit of fear of his wife, he’s not living his life right. That’s why I got married three times, ’cause I can’t live without a wife. If I don’t have a wife, I’ll kill myself. That’s real talk. I need somebody to listen to. I’m a soldier. I can’t think on my own. I need somebody to do it.”

READ ALSO:   Nigerian Woman And Mother-In-Law Fight In Italy In The Presence Of The Kids - "Grandma Beat Me Well" [Video]

Mike Tyson also dropped a shocking revelation during the interview. He said his children don’t like to date Black people.

“You know what bothers me, too, man? And I gotta say this,” he said. “Why my kids don’t like Black kids? They don’t date Black kids. Why is that?… Sometimes I look at my daughter, and I see she’s attracted to white guys, and I think, ‘I didn’t set a good example as a Black man’… They must have seen sometimes when I was vulnerable and said, ‘Hey, I don’t wanna be with no one like that. He’s scary.’”