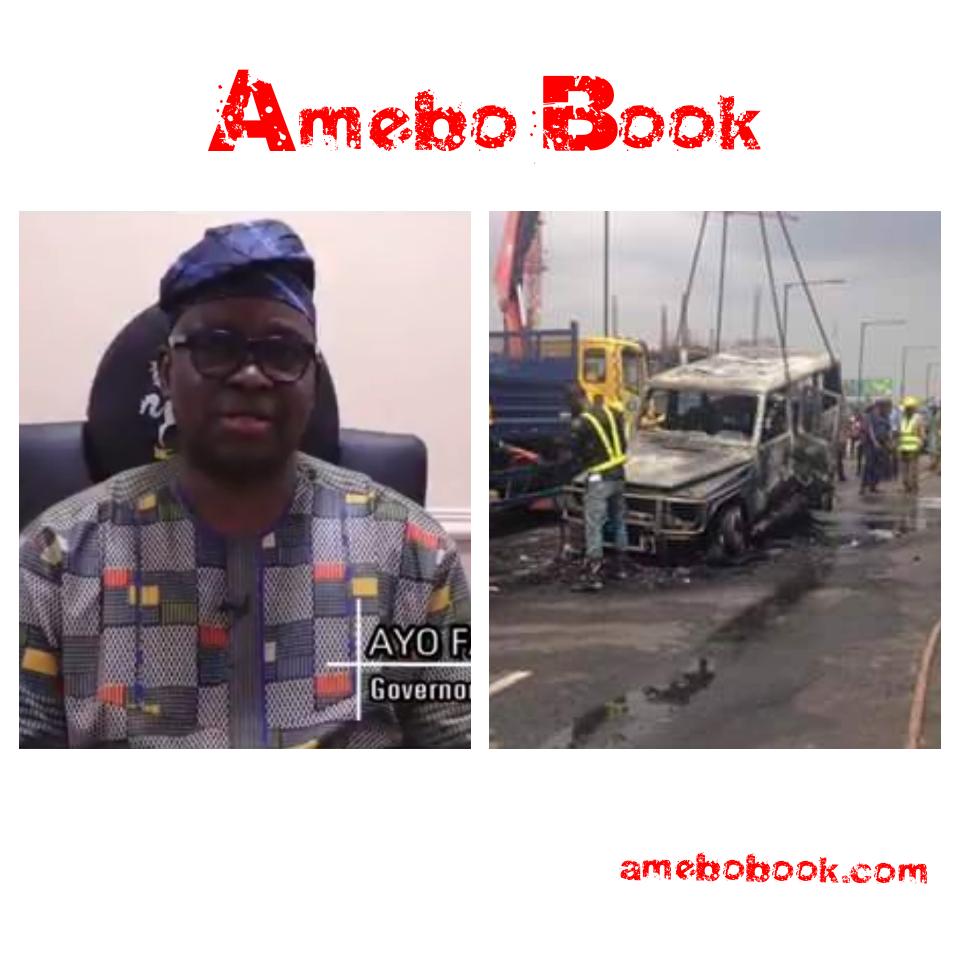 On Tuesday, a white Mercedes Benz G-Wagon 2017 Edition belonging to the Ekiti State governor, Ayodele Fayose, reportedly got burnt on the Oshodi-Oworonshoki expressway in Lagos.

Fayose’s spokesman, Lere Olayinka, confirmed the incident revealing that the SUV caught fire while on motion to the airport but the governor was not in the vehicle at the time. Olayinka told New Telegraph in a telephone chat:

“No casualty recorded. Cause of the fire not ascertained yet.

“There was an accident involving the governor’s vehicle on his way to the airport yesterday. Though he was meant to be in the vehicle, by providence, he was not there.

“What caused the sudden fire under the vehicle is yet to be ascertained.”

Fayose had participated in a meeting with the 17 Southern Governors in the state on Monday to discuss national issues.

Baby Lorde Celebrates 1st Birthday: Ghanaian Actress Kafui Danku Shares Stunning Photos Of Daughter — "I've Been Typing And Cancelling For The Past Minute Only Because Words Can't Describe How I Feel About This Milestone"