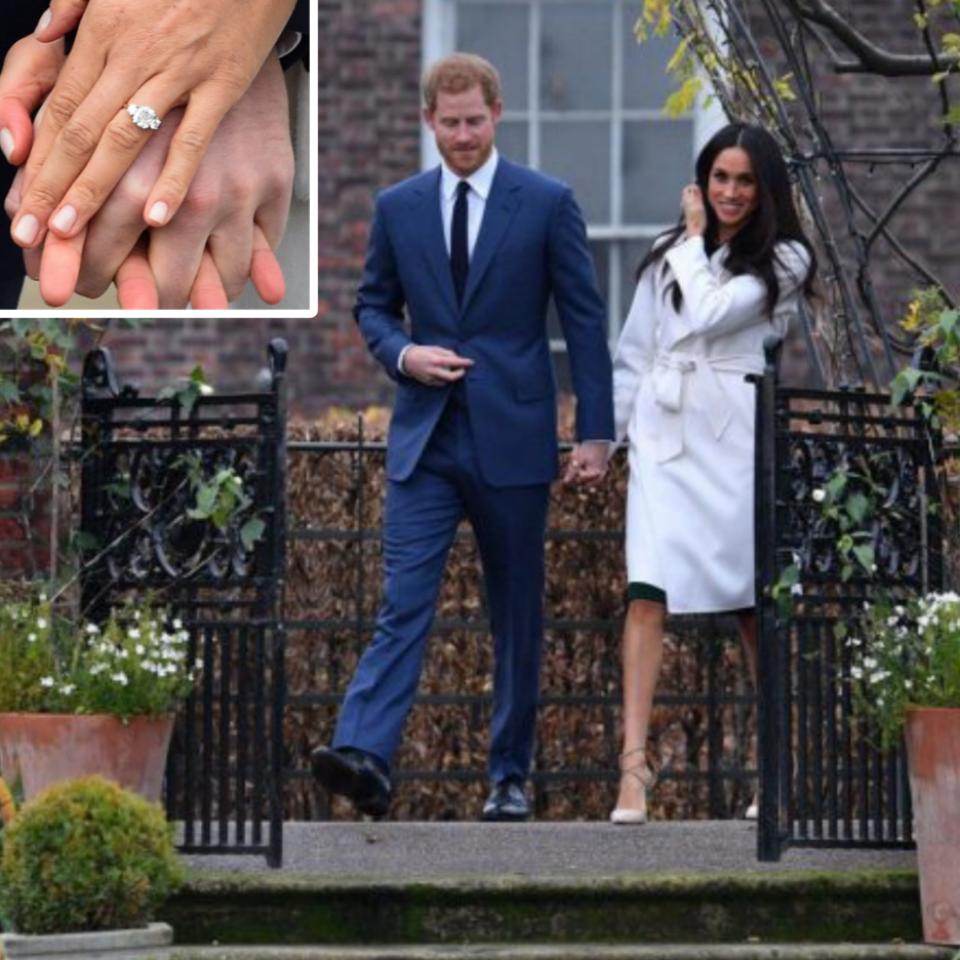 You are about to see Meghan Markle’s ring after her engagement to Prince Harry which was taken only hours after their betrothal was announced. The pair appeared at The Sunken Garden at Kensington Palace this afternoon, November 27. It’s understood that Prince Harry had sought permission from the Queen after proposing to Meghan.

READ ALSO:   Oge Okoye Has A Special Message For Psychopaths, Says "My Divine Self Is Far More Powerful Than Money"

According to Prince Harry, he was ‘thrilled, over the moon’ adding: ‘Very glad it’s not raining as well.’ On her part, Ms Markle said she was ‘so very happy, thank you’ to be engaged to Harry.

READ ALSO:   Sashamora Amora: Nigerian Slay Queen With Davido Tattooed On Her Hand Cries Out, "Davido No Remember Me" [Photos]

The classy yellow gold ring was designed by Prince Harry himself. It features a central stone from Botswana and two diamonds from Diana’s collection. It’s gathered Cleave and Company, Court Jewellers and Medallists to Her Majesty The Queen, also helped in creating the jewellery.

Clarence House has confirmed their engagement.

LOL! How Mercy Johnson Reacted After Seeing Sketch Of Herself With Hunch Back Hips, "When God Will Judge You Ehhh Chai"

Still On The Royal Wedding, Mikel Obi’s Wife Had A Sweet Reply After Troll Said She’s On Baby Mama Level