A footage has emerged showing a racist woman’s conversation with a 14-year-old boy in St. Petersburg, Florida. In the now viral video which was uploaded to Facebook Sunday by a user named Deysha Adriana, the woman repeatedly uses the N-word on the teen while yelling because he dropped a gum wrapper on the ground.

“Actual footage of a woman talking to my 14-year-old brother and cousin in this manner, near Williams Park in St. Pete today, because he dropped a gum wrapper on the ground, he was going to pick it up until she started calling him out of his name,” the Facebook user explained in the video description. “Almost 2020 and we still are dealing with being spoken to in this manner over what exactly? A gum wrapper. Tasteless. 🙄. 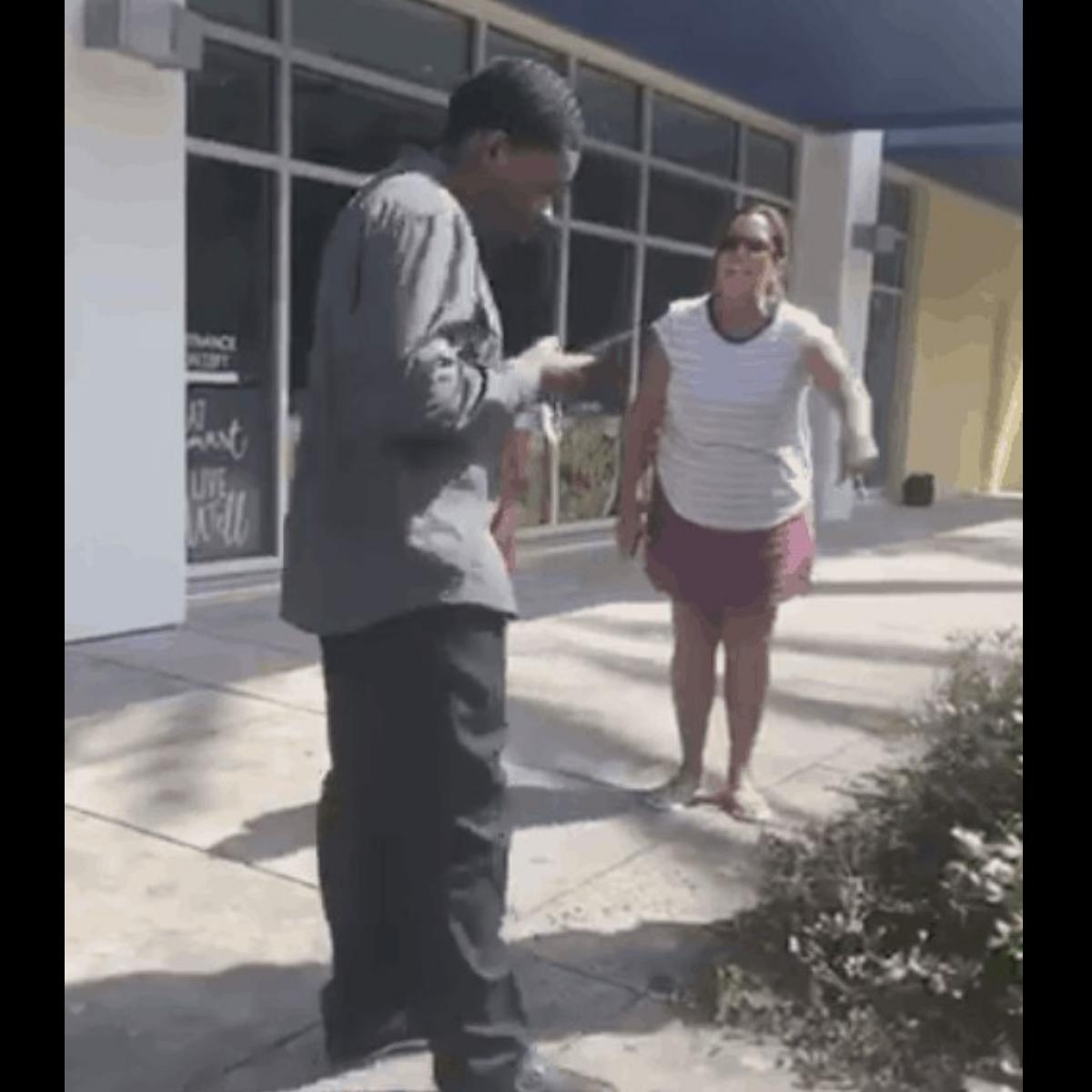 “Little n—er!” she shouts after the teen smiles and walks back toward his relative. “That’s how y’all are. All y’all (unintelligible) f–king n—ers!”

Surprisingly, the racist woman didn’t care at all that she was being filmed as she’s heard shouting, “Film me, f–ker! Film me!” toward the end of the 23-second video.

“This video exposed her in her true nature. If he had been a black saint, she would have still considered him disgusting due to mental illness called entitlement.”

“Holy s–t I am 40 years old and have NEVER heard ANYONE speak like that to a child!!! :O. I have always lived in small towns and everyone always says small towns are racist…but if anyone talked to a child like that in a small town here, the whole damn town would kick your ass!!! So unacceptable and that poor child has to hear that disgusting womans nasty s–t comments…I want to punch that b—h in the face. 😡🤬”

Meanwhile, St. Petersburg City Council member Steve Kornell, who has been drawn to the viral video after sharing it, said on Facebook, “This woman should be absolutely ashamed of herself….there is no excuse….NONE.”

“If anyone knows this young man I would love to honor him at this week’s City Council meeting for this extreme politeness towards this woman who did not deserve it at all. It says a great deal about him and about her,” wrote Kornell in another post.

Kornell added in a comment that he contacted the teen’s family and is awaiting a response.

“I think it’s important not to traumatize the children any further, but whatever they want me to do, I most certainly will,” he said in part.

Click Amebo Book for all the breaking news USA today!