“Folarin, You Don’t Go To Church And I Am Bothered” — Falz The Bahd Guy’s Mother Says During ‘Moral Instruction’ Album Listening Party 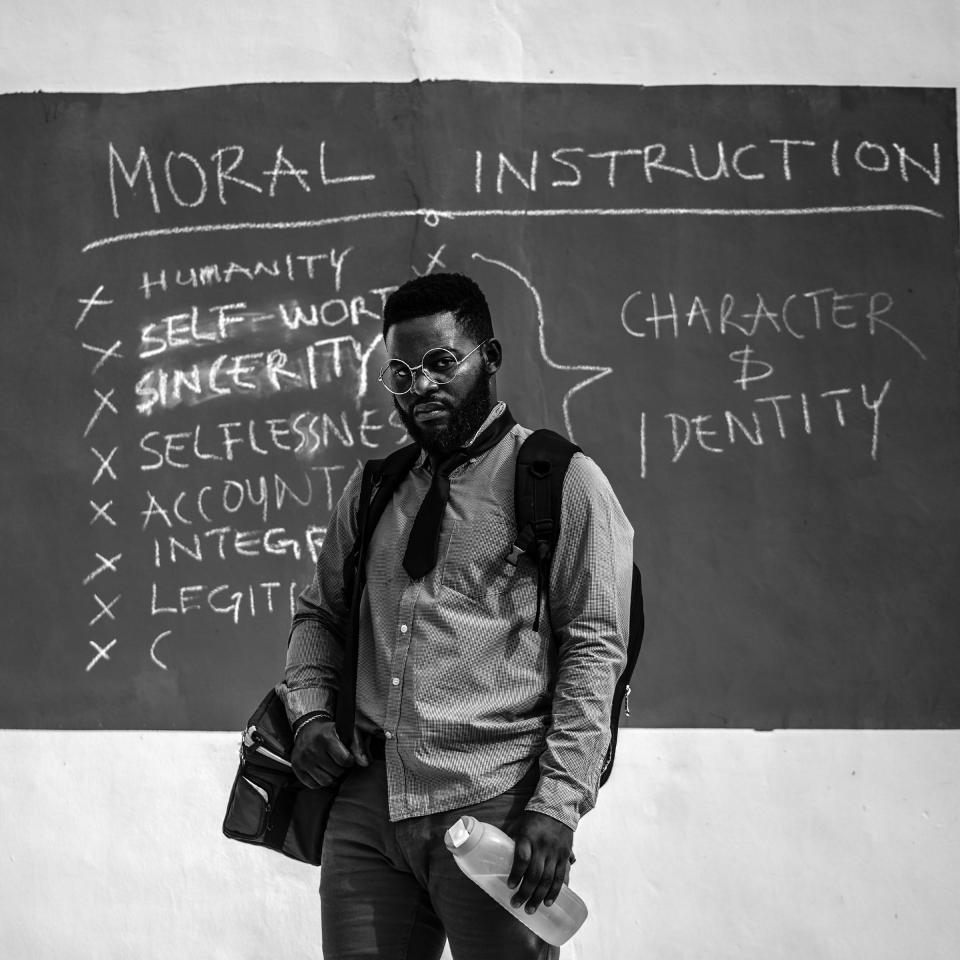 Rapper and actor, Folarin Falana, popularly known as Falz, recently released his much-anticipated album, ‘Moral Instruction’ which sheds light on the social ills in the country. His parents, Femi and Funmi Falana were among guests present. During the event, his mother expressed concern that her son doesn’t go to chuch which bothers her. She said:

“Folarin, you don’t go to church and I am bothered. I hope you would start going to church this year.”

In a chat with Saturday Beats, Falz The Bahd Guy said his mother was right because he doesn’t go to chuch. However, the singer gave his reasons.

“I have nothing against the church or going to church; everyone has the right to practise the religion they desire but personally, as a Christian, it has been a while that I have been to church. It does not make me less of a Christian.

READ ALSO:   Your Level Of Stupidity Rendered Me Speechless — Juliet Ibrahim Reacts After Iceberg Slim Showed Off His 'This Thing'

“The most important thing is spirituality and your personal connection with God. The reason I haven’t attended a church service in a long while is because I went to a few churches and during sermons, I was put under undue pressure. There was a time that a pastor called me to the altar just to acknowledge my presence for being in church.

“In my mind, I felt that the service was not about me. I felt that everybody was there to worship God, yet they were putting undue pressure on me. The pastor gave me the microphone to address the congregation and I was puzzled; what did he expect me to say to the congregation? These are some of the issues. I just want to go to church and worship God like a regular member of the congregation. I do not want that kind of attention. I was hoping that I would go to church on a Sunday and it would not be like any other day I’m at a public place or doing a show.”

READ ALSO:   Nigerian Singer Falz Says He Is Under Pressure To Get Married Especially After Banky W And Adesua Etomi Wedding

On why he shaved his trademark full beard which shocked his fans, Falz said;

“I did not shave my beard because of the album; it was just a coincidence. I was filming a project in relation to the album and I had to look a lot younger and that is why I shaved off my beard.

“I have been getting mixed reactions since I shaved my beard; some people tell me, ‘please, go and find our beard back’. I did not know that we owned the beard together. Other people told me that they love the new look and I am still a ‘sweet boy’ with or without the beard.”

On his new project, Moral Instruction, the rap artiste turned actor said he did not mock the Muslim Rights Concern in his new album. The “Sweet Boy” hitmaker said:

“I did not mock MURIC in the song – Talk am – I just said that ‘Broda Muri shout finish, we no see am for court’. Whoever the shoe fits should wear it. What I said was, ‘Broda Muri’, I did not mention anybody’s name; I could have been talking about anybody.

“It took me a while to make this socially conscious album. I have been working on this project since 2017. We had the idea to produce the album, which was to talk about the social vices in the country, but we were waiting for the right mood and time to release it. This year, everything just worked perfectly for us and I think it is very necessary we do this now.”

Fans React As "Fat" Bobrisky Shows Off His Enormous Behind [Photo]

“Aren’t You Dating Someone?” — Simi Asks Adekunle Gold And Falz After Seeing Them Hold Each Other “Like That”

Bad Guy: Ghana’s Sister Deborah Exposes Falz After He Slid Into Her DM Upon Realizing She’s In Nigeria, Medikal Might Need To Shine He’s Eyes